Social learning theory- social learning theory is the theory that peoples characteristics change constantly depending on the situations you are in this can be brought on by the people we are around and socialize with. Modelling is when you have someone to look up too this normally comes from someone in a sport if someone is in the same gender and the same sport. It is idolizing so when people look up to good idols they will try to mimic them and act like them while people who idolize bad people tend to act differently and be worse to others to try to be like their role models.

Reinforcement is when an individual’s behavior is reinforced or even at times rewarded and with this positive reinforcement they will more than likely repeat this behavior to be rewarded and avoid punishment. The difference between trait theory and social learning theory is that trait theory cannot be changed, and it is who you are all the time and cannot be changed while social learning theory is where your personality can sometimes not be stable, and it can change due to various things.

Marten’s schematic view- This theory is the only theory that is widely accepted by most sport psychologists. It tells us that if we are going to accurately predict behavior in a sports setting, it’s important that we consider the situation the individual is in and the individual’s characteristics. This theory is basically a mix between the social learning theory and Marten’s schematic view. 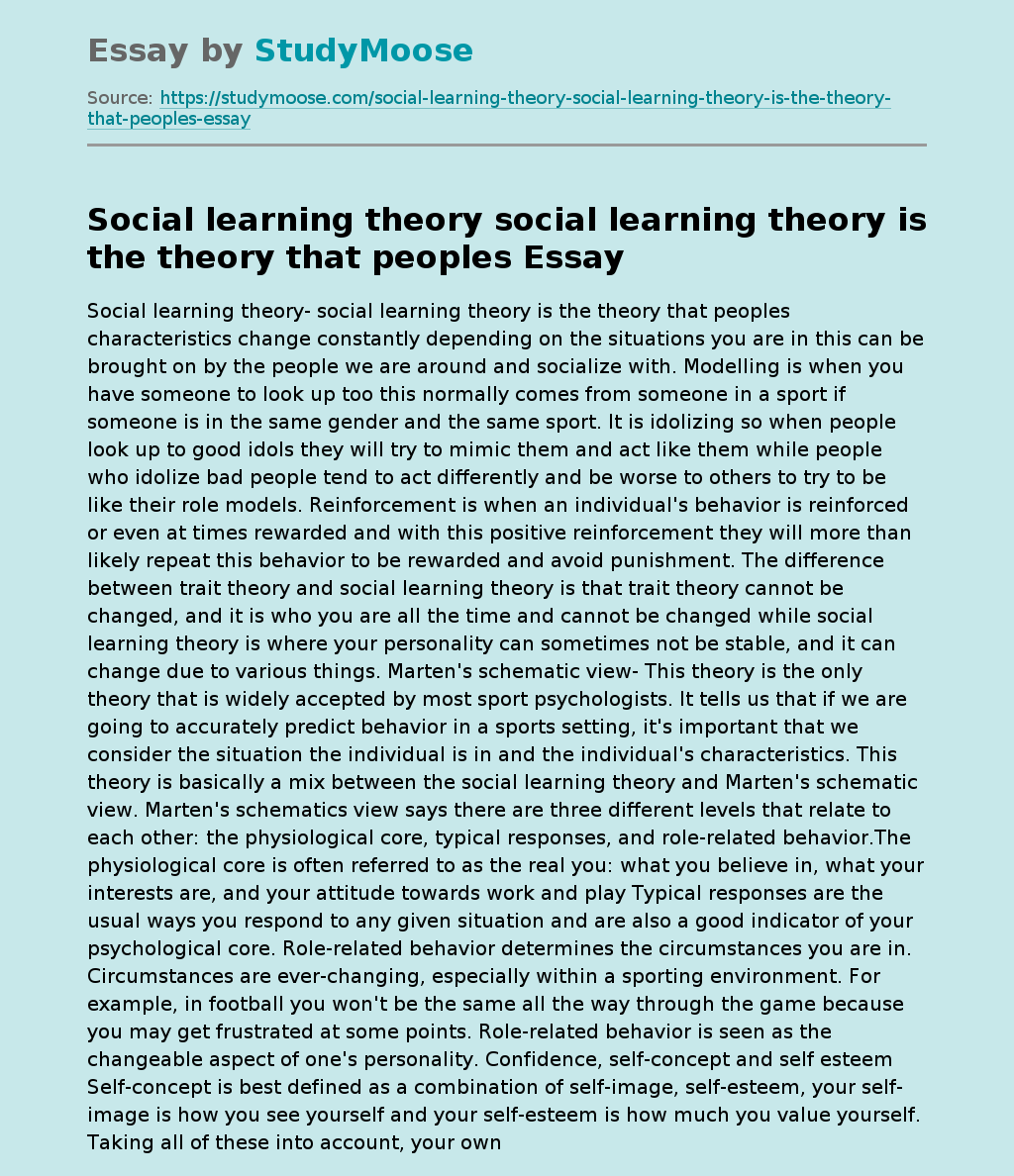