Social change by definition is the transformation of culture and social institutions over time. The key features of social change are the following: it happens all of the time, it is sometimes intentional but is often unplanned, it is controversial, and some changes matter more than others. There are several social changes that have occurred in the past, and social changes will continue to occur.

Clothing styles, the invention and use of the computer, Genetic Engineering, and the invention of the automobile are all examples of social change.

Clothing styles changing happen all of the time, is sometimes intentional but is sometimes an accident, and doesn’t matter that much in the grand scheme of things. The computer was an intentional social change; it was created to better the quality of life, yet it was controversial. Many people had difficulty recognizing that trusting in technology was okay.

Genetic engineering is ongoing and is very controversial.

Some people feel that using genetic engineering is interfering with God’s natural intentions. The invention of the car was intentional and mattered a lot more than other social changes. Without the invention of the car, cultures would not have developed and expanded at near the rate that they did. Modernization by definition is the process of social change begun by industrialization.

The key features of modernization are the decline of small, traditional communities, the expansion of personal choice, the increase of social diversity, and orientation toward the future and a growing awareness of time .

Religious freedom, individualization, urbanization, and diverse marriages are all example of modernization. The features of these four examples are the expansion of personal choice, and the increase of social diversity. Modernization will continue to occur as the key elements of the key features of modernization occur. 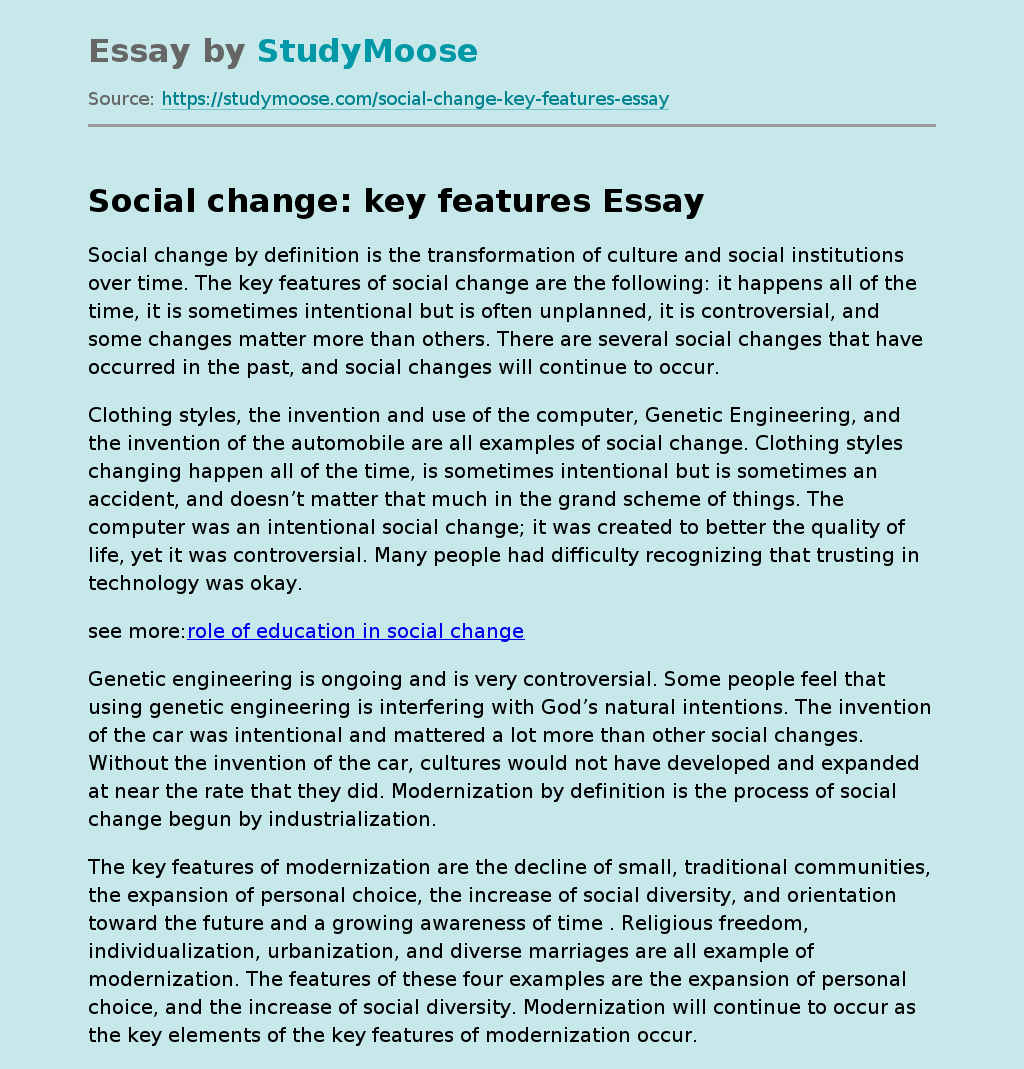