Silas Jones was a young black boy in times that there was still segregation between colored and whites. He was forced to meet young Larry Ott when his mother and Larry’s Father tried to start driving to school together. Then when Mrs. Ott stops that interaction, and the boys are told not to see each other again, they start playing in the woods again. Later when they get older, they no longer speak to each other and Larry is the strange book worm and Silas is a star baseball player.

Silas was secretly dating a white girl, Cindy Walker, and because her dad wasn’t going to let her leave the house alone to go see her boyfriend, she had to convince Larry to take her on a date. Larry thought that the girl of his dreams wanted to date him, but as soon as she got in the car, she just told him to take her to the woods to see her boyfriend, not telling him who that was.

He came back to the agreed upon spot to take her back to her house so her father wouldn’t expect anything, but she never showed, and her body was never found.

Then when they grew up, Larry was the creepy man that everyone thought killed that girl, and when another girl went missing 25 years later, and everyone assumed it was Larry because of his past. Then one night he was shot in the chest by a man later to have found out to be someone he had grown close to.

When he was in the hospital recovering, Silas told him that he found out that they were half-brothers through their father, and that he dated Cindy Walker, and Larry was wrongly accused as being that last person to see her that night. 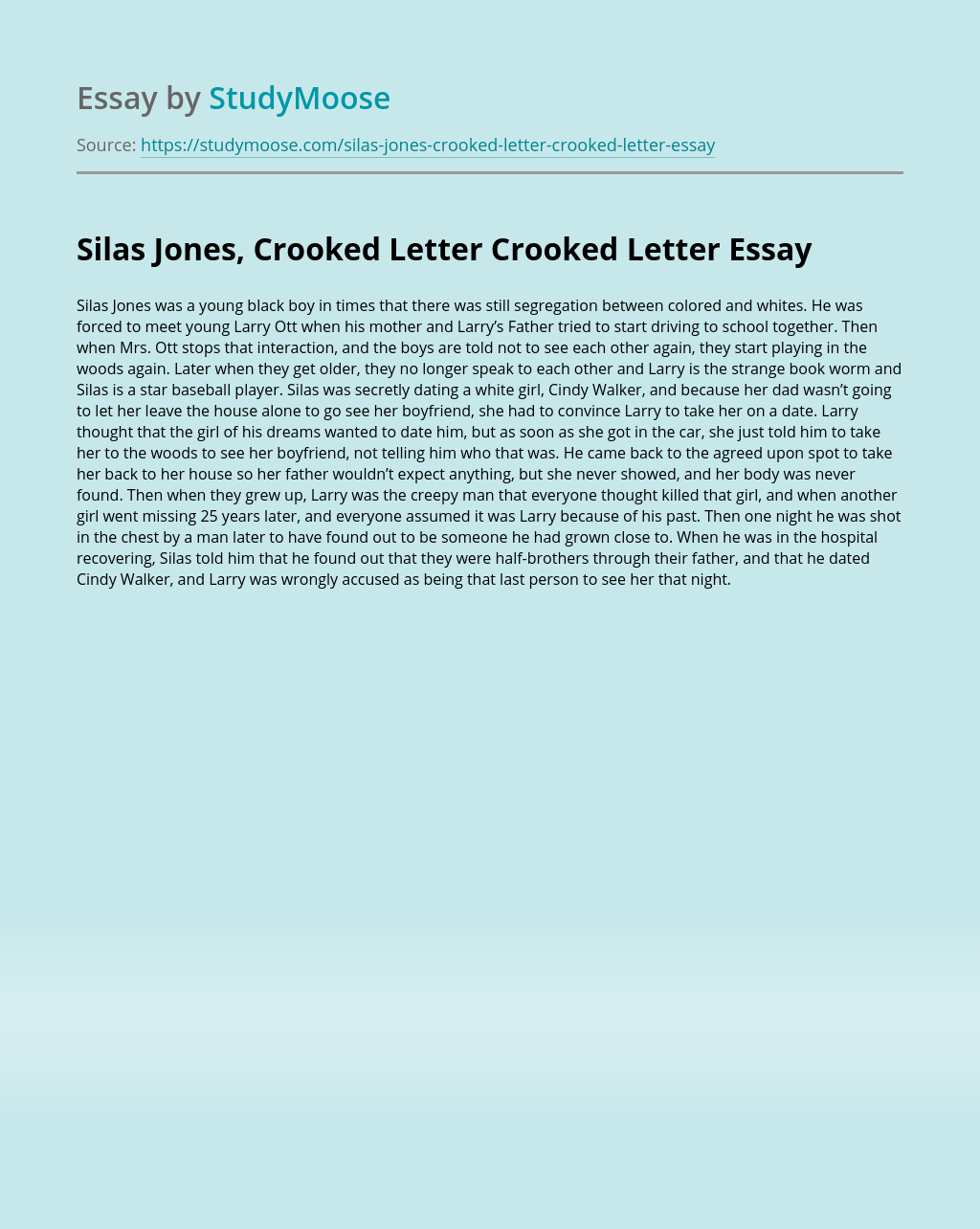