Many people must have heard of sign languages, but only a few of them who truly understand the purpose, meaning, and usage of the language. In this essay, various details about sign language will be unraveled. Let’s start off with sign language as a natural language that uses different means of expressions of communication in daily life.

Sign language is specifically the only means of communication for the hearing impaired. Sign language develops in deaf communities where the people are deaf or have problems with hearing.

Don't use plagiarized sources. Get your custom essay on
“ Sign Language: True Language for the Deaf ”
Get custom paper
NEW! smart matching with writer

Sign language is delivered by simultaneously mixing hand shapes, orientation, and movements of hands, arms, body, and facial expressions to express the communicator’s thoughts. Of the many examples of sign languages, the two most well-known are American Sign Language (ASL) and British Sign Language (BSL). The hand signs of each language are different, but there are signs with universal sentence structure. For example, ‘hi’ and ‘goodbye’ signs have the same meaning in sign languages all over the world.

To clarify, sign languages do not just copy another language such ASL doesn’t just copy English.

One interesting example of a sign language is Nicaraguan Sign Language (NSL). NSL arose in the early 1980s when hundreds of isolated deaf people were brought to school for the first time. For the first time, it was possible to see the emergence of a new language. This case became interesting because NSL wasn’t created by language contact or by merging previously existing languages, rather it was formed by the merging of idiosyncratic gesture systems called “home signs”. Nowadays, Nicaraguan Sign Language is still in use and used widely by the people in Nicaragua. This is an evidence that a language can be formed spontaneously as long as the communicators understand each other.

Rao, A. (2010), What is Sign Language, slideshare [online]. Available at: http://www.slideshare.net/happyarun/what-is-sign-language [Accessed 26 October 2010] 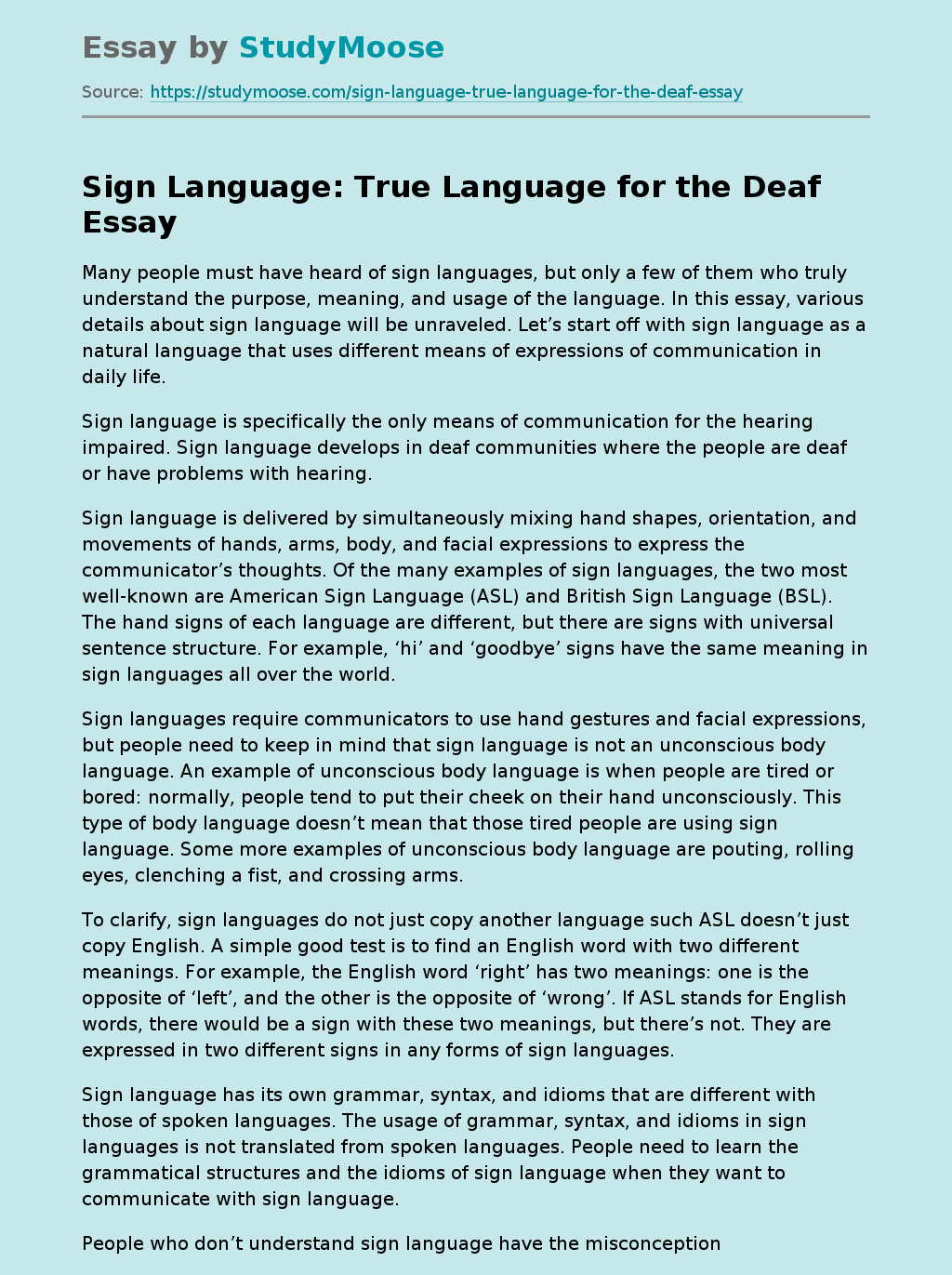