Separating a Mixture of Compounds

The purpose of this experiment is to separate three components; SiO₂, NaCl, and NH₄Cl through Sublimation, filtration and evaporation to determine the mass and mass percentage of each component.

Sublimation of Ammonium Chloride (NH Cl):
Mass of evaporating dish and the remaining sample after sublimation 84.

Filtration of Sand (SiO):
Mass of empty beaker85.00g
Mass of beaker with the SiO₂ after decanting91.158g
Mass of the SiO₂6.158g

Sodium Chloride (NaCl) Content and Evaporation:
Mass of NaCl of other components2.62g
Measured mass of NaCl after boiling away water87.62g

V.Conclusion
Based on the experimental results, the preferred method of separation is Sublimation of Ammonium Chloride (NH Cl) which calculated as the lowest mass percentage.

Also proves that not all of the components can be separated through sublimation.

Separating a Mixture of Compounds. (2016, Feb 26). Retrieved from http://studymoose.com/separating-a-mixture-of-compounds-essay 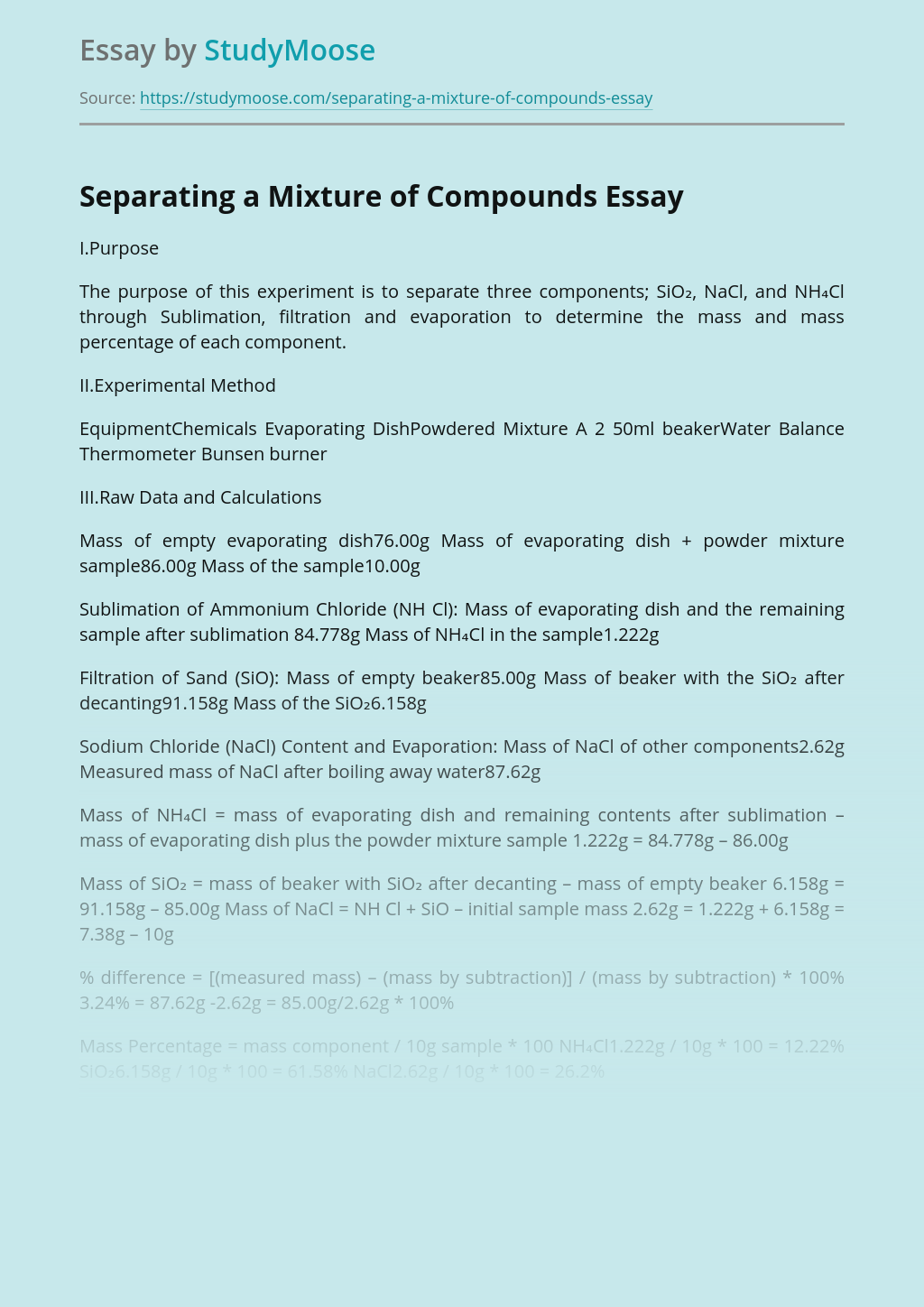 Don’t waste time
Get a verified expert to help you with Separating a Mixture of Compounds
Hire verified expert
$35.80 for a 2-page paper
Stay Safe, Stay Original