Salarino and Solanio, in The Merchant of Venice, play the important role of bringing news to the stage to advance the plot to the audience, and the role of defining the characters in the play to the audience.

While still playing the roles of minor characters, Salarino and Solanio are important aspects in creating less confusion, keeping the plot interesting, and drawing the audience into the play.

As stated before, Salarino and Solanio help to bring news on stage to advance the plot.

Don't use plagiarized sources. Get your custom essay on
“ Salarino and Solanio ”
Get custom paper
NEW! smart matching with writer

The very first scene in the book is a good example of then doing this. Salarino, Solanio, and Antonio are on stage trying to figure out the reason that Antonio is sad. While discussing this, Salarino says that the reason that Antonio may be sad is that his mind is too concerned about his ships at sea. This is the first introduction to the plot revealed to the audience and helps to begin to draw the audience into the play. Another example of bringing news to the stage can be found in Act 3, Scene 1 of the play.

Salarino and Solanio enter the stage and begin to talk about Antonio’s ships. They have just learned of a ship wreck in the English Channel, and the Italian ship wrecked was in fact Antonio’s. The discussion between Salarino and Solanio advances the plot, for the bond that Antonio made with Shylock relies on the return of his ship. This short conversation brings a turning point to the play. The second role of Salarino and Solanio is to define the characters in the play to the audience.

The first occurrence of this role can also be found in Act 1, Scene 1. While Salarino and Solanio are still talking to Antonio about his sadness, Bassanio, Lorenzo, and Gratiano enter the scene. Solanio describes them as “noble kinsman” and “better company”. Salarino then describes them as “worthier friends”. Salarino and Solanio, through their descriptions of the three men, immediately tell the audience that the men are amongst the good guys and are companions to Antonio. Act 2, Scene 8 of the play can be used as an example of this important role. 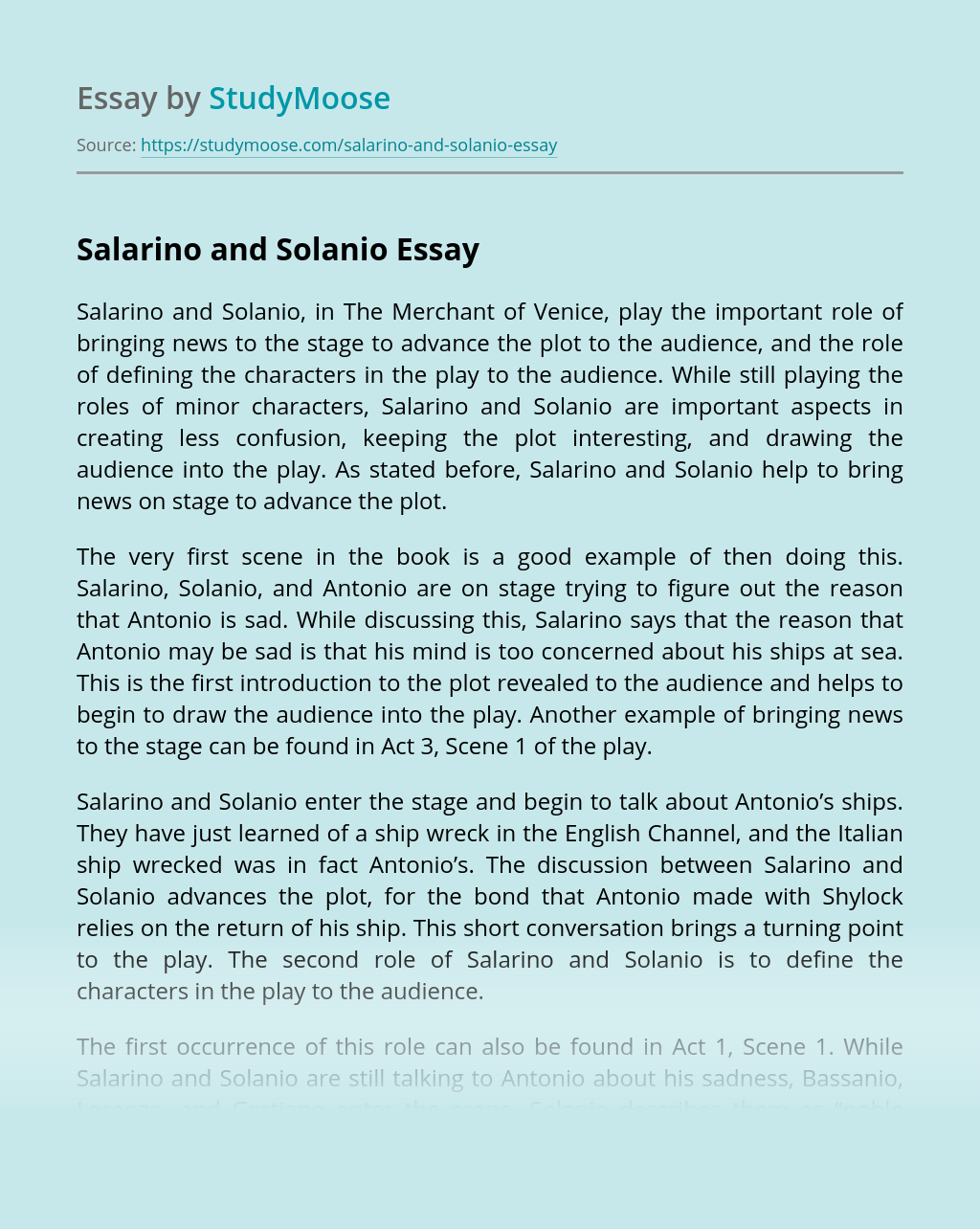