Most people want to be rich, but most of them are poor, why? There must be some differences between rich people and poor people. If you study carefully, you will find out why rich and successful people are able to produce amazing results in their life, and why some people are living in poverty. To be rich and successful, you don’t need to be lucky, extremely hard working or you need to have a college diploma or a university degree.

Don't use plagiarized sources. Get your custom essay on
“ Rich and Poor Lifestyles ”
Get custom paper
NEW! smart matching with writer

What you need, is the right mindset and the right mindset will form the right habit. As a result, the right habit will lead you toward the financial abundance kind of lifestyle that you always desire. So here are the 7 main differences between rich and poor people… 1. Rich people believe that they create their lives while poor people believe that life happens to them. Can you see why rich and successful people are able to create amazing results in their life right now? It is simply because they are in control of their lives.

They believe that they are the ones who is responsible for their lives, they are the ones who is creating their future, not the economy or the knowledge or luck. On the other hand, poor people will always give excuses and blame on the circumstances. When they failed in their business, they will blame the economy, their boss, their family or anything that did not go according to their plan. Whenever you believe that life happens to you, you will lose the power to change and the power to control your future.

You must believe that you’re the one who is creating your future, not other people or events.

Difference between growing up in rich and a poor family

My character, physical, emotional, and psychological advancement would drastically be different had I been born and raised in a poor family rather than an abundant household. Maturing in an abundant family, I would be basically safe and secure in a lot of aspects. For instance, I wouldn’t fret about my standard needs such as food, clothing, shelter, and education, to name a few. My psychological and mental development would also be nurtured as I would be offered with things that would facilitate my development such as toys and books, to name a few.

It can also be said that I would also be healthy as I will constantly have adequate food. Simply put, in a rich family, I would have a well-provided and highly secure life in which most aspects of my growth and advancement would flourish. On the other hand, growing in an impoverished family would have considerably different circumstances. I wouldn’t have an ensured education nor would I be ensured of my fundamental needs.

My emotional and psychological development would be very difficult as I may become envious of rich people and even development a feeling of resentment and shame towards my family’s status. Since I wouldn’t always have enough food, most of the time I would be physically unhealthy or malnourished. According to article, “The Science of Early Childhood Development: Closing the Gap of What We Know and What We Do,” which was done by Harvard University’s National Scientific Council on the Developing Child, the early stages of childhood is a critical stage in the over-all development of a person.

Meaning to say, the circumstances and the environment during childhood can significantly affect my emotional, physical, and psychological status which is why growing in a rich family and poor family can be significantly different from each other. *Word Count : 354 Works Cited “The Science of Early Childhood Development. ” January 2007. National Scientific Council On The Developing Child, Harvard University. 29 January 2009 <http://www. developingchild. net/pubs/persp/pdf/Science_Early_Childhood_Development. pdf>. 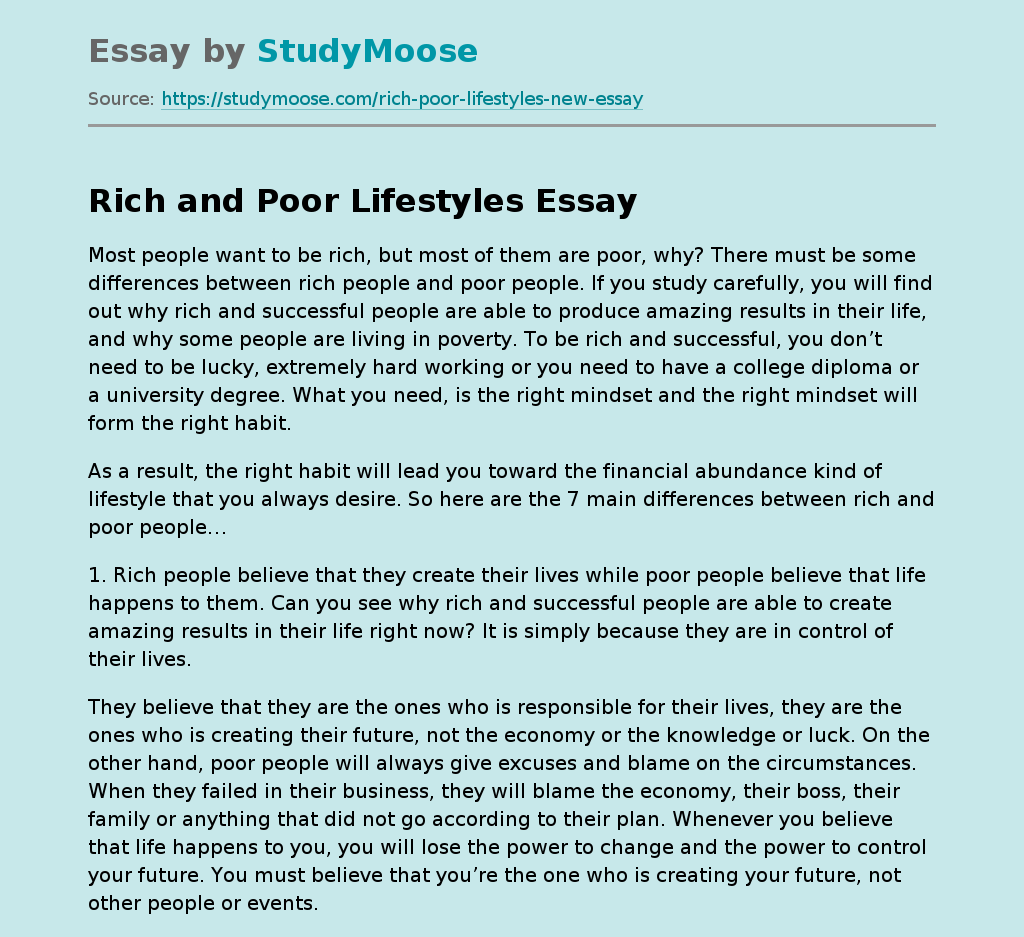