The Prime Minister of India, as addressed to in the Constitution of India, is the chief of government, chief advisor to the President of India, head of the Council of Ministers and the leader of the majority party in parliament. The prime minister leads the executive branch of the Government of India.

The prime minister is the senior member of cabinet in the executive branch of government in a parliamentary system. The prime minister selects and can dismiss other members of the cabinet; allocates posts to members within the Government; is the presiding member and chairman of the cabinet and is responsible for bringing proposal of legislation.

Don't use plagiarized sources. Get your custom essay on
“ Prime Ministers of India ”
Get custom paper
NEW! smart matching with writer

Oath
The Prime Minister is required to make and subscribe in the presence of President of India before entering office, the oath of office and secrecy. 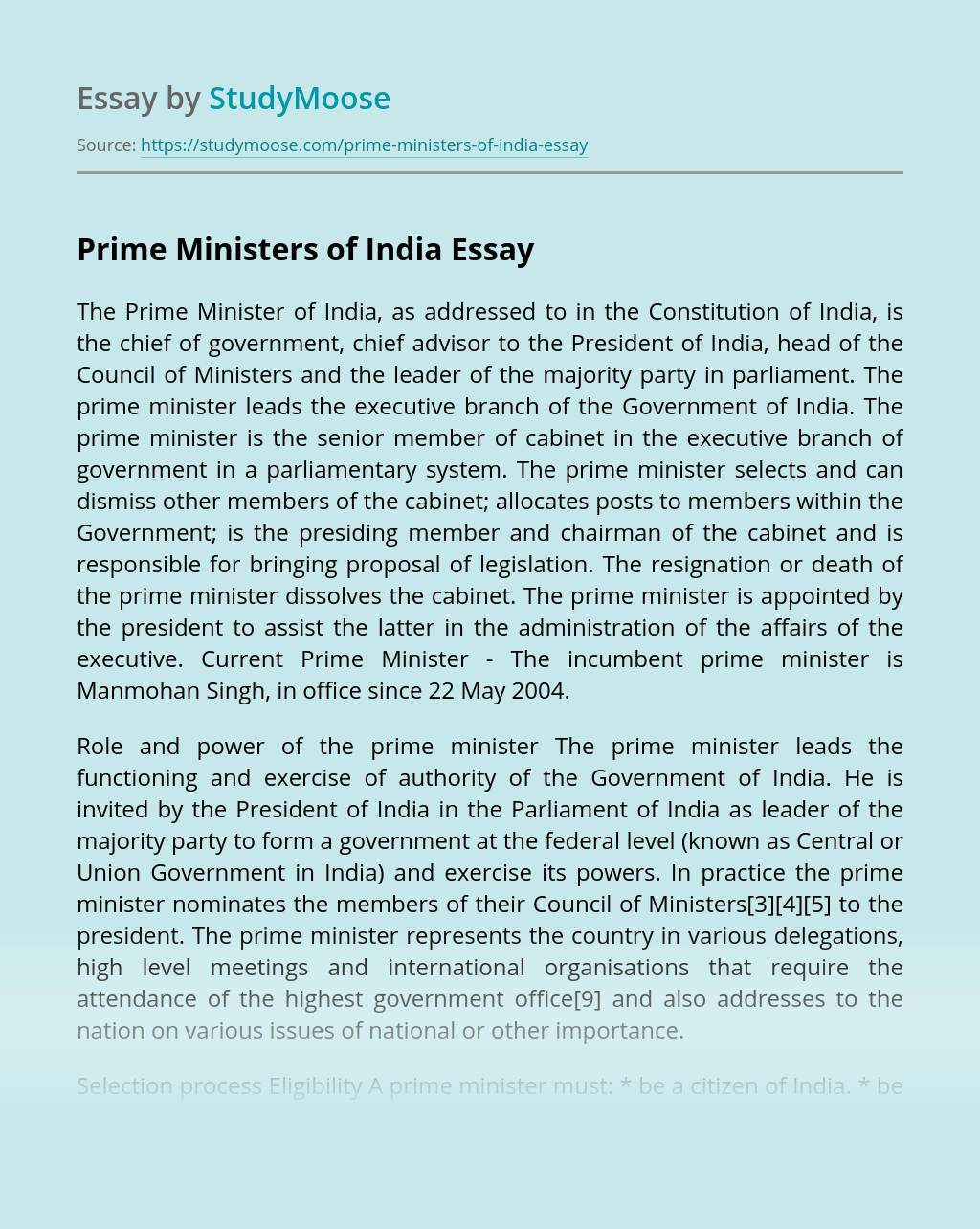