Police Body-Worn CamerasHarvell McDonaldCJ 550 Criminal Justice SystemInstructor Dr. Rochelle CobbsFebruary 17, 2019Police Body-Worn CamerasThe death of Michael Brown and Eric Garnet President Obama decide the time has come for body-worn cameras for state officers and federal officers as a promising tool for police accountability. Although, it would cause an serious financial costs, President Obama felt it was best for the police officers and the citizens of the United States. To provide more transparency during police encounters the federal and state lawmakers order for police to be outfitted with body-worn camera (BWC) as a solution due to killing of blacks by the police.

Don't use plagiarized sources. Get your custom essay on
“ Police Body-Worn Cameras ”
Get custom paper
NEW! smart matching with writer

It was time for a discussion about crime, racism, unjust treatment and implicit bias. President Barack Obama via of the Department Of Justice allocated over $20 millions in funding for body-worn camera in 2015. Research had shown that BWC reduce citizen complaints and use of force. Research had suggests that policing reforms provide more visibility and transparency but do not always provide more accountability (Ray, R.

, Marsh, K., & Powelson, C., 2017).According to the article, policy maker should consider the threat that body-worn camera would cause to ethical and privacy. Surveillance technology adoption by law enforcement often surpass in speed the law and regulation that ensures BWC are use appropriately. In the United States BWC policy is a method to increase transparency in police-community interactions and build legitimacy (Adams, I. & Mastracci, S., 2017).The policy makers fail to consider the long-term effect of society as new technologies are adopted often after a tragedy and major public events leading to deterioration of privacy right. 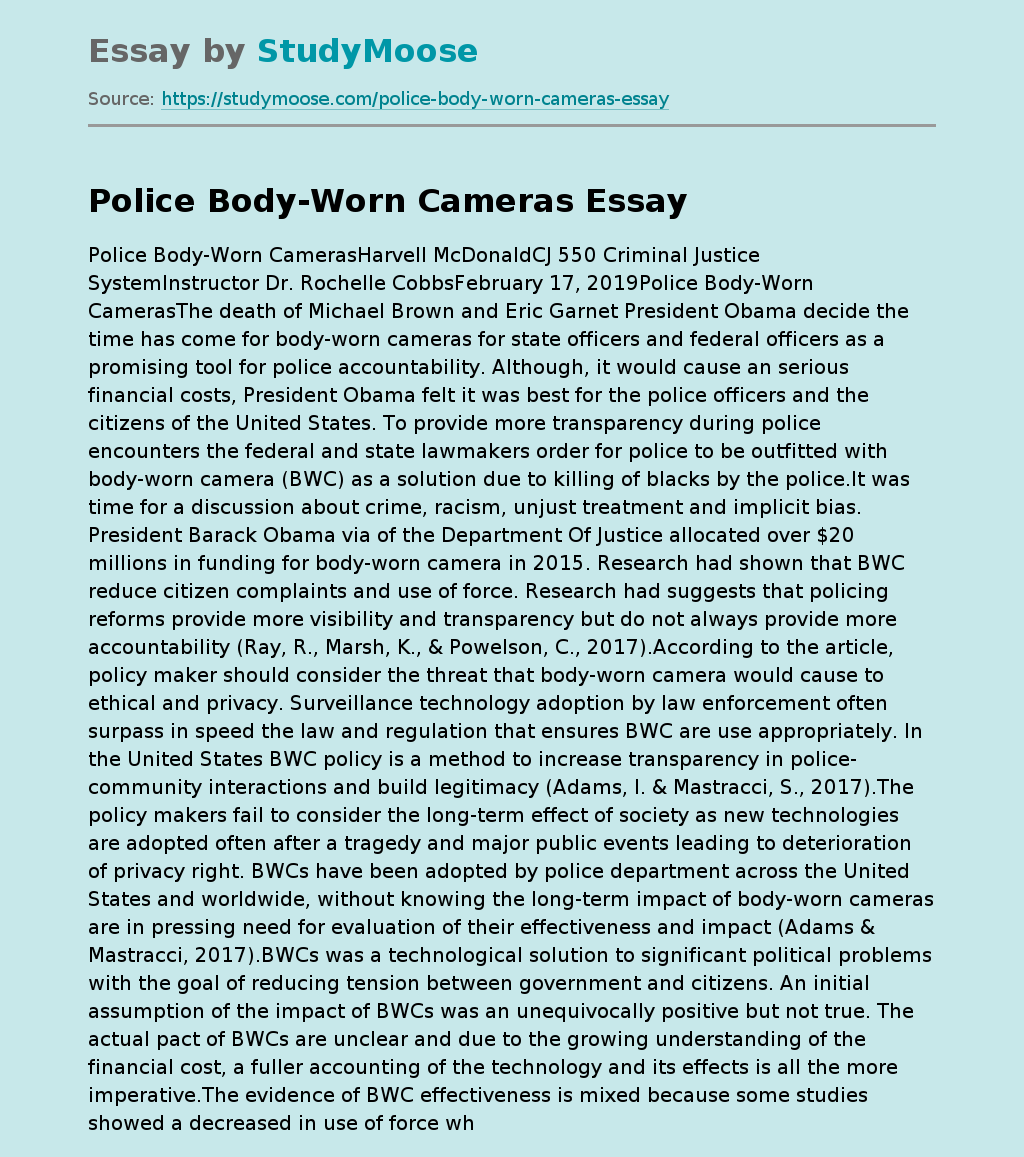