Brighter pinks are youthful, fun, and exciting, while vibrant pinks have the same high energy as red; they are sensual and passionate without being too aggressive. Toning down the passion of red with the purity of white results in the softer pinks that are associated with romance and the blush of a young woman’s cheeks. It’s not surprising that when giving or receiving flowers, pink blossoms are a favorite. Pink is the color of happiness and is sometimes seen as lighthearted.

Don't use plagiarized sources. Get your custom essay on
“ Pink color ”
Get custom paper
NEW! smart matching with writer

For women who are often overworked and overburdened, an attraction to pink may speak of a desire for the more carefree days of childhood.

HOW THE COLOR PINK AFFECTS US PHYSICALLY

Bright pinks, like the color red, stimulate energy and can increase the blood pressure, respiration, heartbeat, and pulse rate. They also encourage action and confidence.  Pink has been used in prison holding cells to effectively reduce erratic behavior.

THE MEANING OF PINK AROUND THE GLOBE

The pink ribbon is an internationally recognized symbol of hope and awareness in the fight against breast cancer.

In Japan, the color pink has a masculine association. The annual spring blooming of the pink-blossomed cherry trees (the Sakura) is said to represent the young Japanese warriors who fell in battle in the prime of life (the Samurai). Jaipur City is a foremost tourist attraction in India because of its superlative forts, grandiose palaces, vivacious temples, multicolored bazaars, pulsating streets, and its distinguished pink color to which the city owes its oft-used name “The Pink City”.

The Chinese had not recognized the color pink until they had contact with Western culture and the Chinese word for pink translates as “foreign color.” Marrakesh is another city associated with the color pink. It is sometimes refered to as the “Rose City” because of its salmon-pink colored buildings and the red clay of its terrain.

A pink triangle is frequently used to represent gays, lesbians, and bisexuals. The origin of the pink triangle goes back to when Nazis labeled their prisoners in concentration camps. Men who had been jailed because of supposed homosexuality had to wear the pink triangle on their clothing. In more recent times, this symbol is a sign of pride.

In 1947, fashion designer Elsa Schiaparelli introduced the color “hot pink” to western fashion. She dubbed the shade “Shocking Pink,” though today the color is more well-known as “magenta.” First Lady, Mamie Eisenhower, who loved and wore pink so much it became known as “Mamie Pink”. Pink encourages friendliness while discouraging aggression and ill-will. Since the color pink is said to have a tranquilizing effect, sport’s teams sometimes use pink to paint the locker room used by opposing teams. Some studies of the color pink suggest that male weightlifters seem to lose strength in pink rooms, while women weightlifters tend to become stronger around the color. Pastries taste better when they come out of pink boxes or served on pink plates (it only works with sweets). Pink makes us crave sugar.

PINK AS A SIGNATURE COLOR

COMPANIES OR BRANDS IDENTIFIED WITH PINK

Victoria’s Secret
Pepto-Bismol
Mary Kay
T-Mobile — The Magenta “T” is easily recognized as the symbol for T-Mobile Thomas Pink — With a wonderful reputation for the finest luxury shirts and accessories, Pink has become an international success story with stores in the UK, US, Europe, and Far East. Owens Corning Insulation.

POPULAR PHRASES THAT INCLUDE PINK

Tickled pink: to be happy In the pink: in good health — this phrase hasn’t always had this meaning. Pinking shears: scissors with serrated blades
A pink elephant: term to describe hallucinations during intoxication Pinkie finger: the smallest finger on the human hand
Pink slip: notice that employment is ending
Pink collar: refers to a particular class of jobs once only filled by women .

“Pink is the navy blue of India.” –Diana Vreeland
“I fell off my pink cloud with a thud.” –Elizabeth Taylor

SONGS WITH PINK IN THE TITLE

Mr. Pink Eyes by The Cure on the Lovecats single
Pink by Aerosmith
Pink & Blue by OutKast on The Love Below
Pink Cadillac by Bruce Springsteen
Pink Cashmere by Prince on The Hits 1
A Pink Dream by The Cure on the Mint Car single
Pink Elephant by Cherry Poppin’
Daddies Pink Houses by John Cougar Mellencamp
Pink Maggit by Deftones
Pink Panther Theme by Henry Mancini .

A TASTE OF PINK

A tropical citrus fruit, named because it grows in grapelike clusters, Grapefruit is a cross between a sweet orange and a pummelo. It came to Florida from the Bahamas in 1823. There are two main varieties: seeded and seedless. They are also split into color classifications: white (yellowish-white flesh) and pink (flesh ranges from pale yellow-pink to bright, ruby red). Pink grapefruit has a higher amount of vitamin A. The skins of all varieties are yellow, though some have a pink blush. Cotton candy was invented in 1897 by William Morrison and John C. Wharton, candy makers from Nashville, Tennessee, USA. They invented a device that heated sugar in a spinning bowl that had tiny holes in it. It formed a treat that they originally called “Fairy Floss.” As the bowl spun around, the caramelized sugar was forced through the tiny holes, making feathery candy that melts in the mouth. -Enchanted Learning.com

PINK AND OUR SENSE OF SMELL 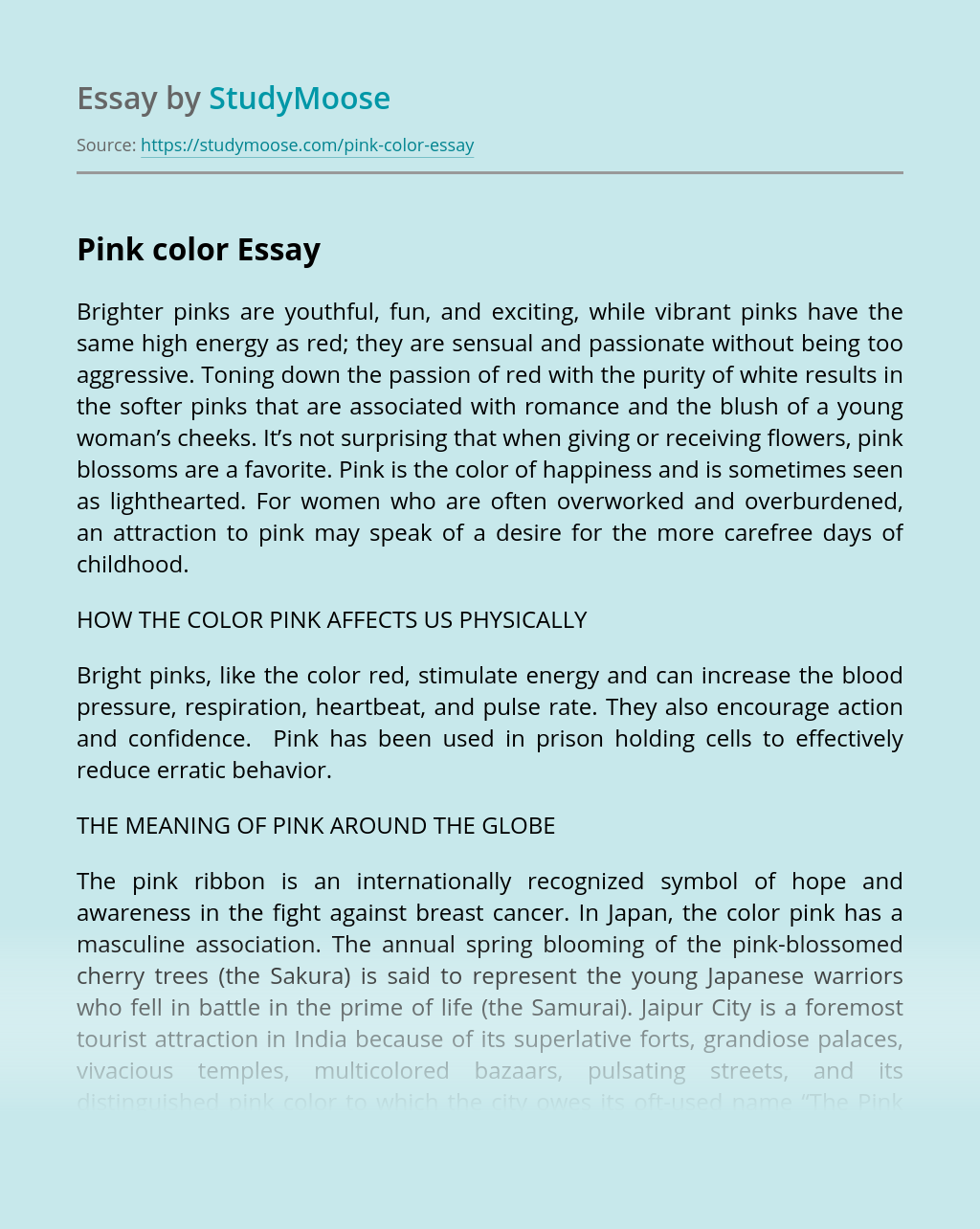