Outline and evaluate the multi-store model of memory

The multi-store model of memory (MSM) was developed by Atkinson and Shiffrin in 1968 and explains how information ﬂows from one storage system to another, with three permanent structures in memory: sensory memory (SM), short-term memory (STM) and long-term memory (LTM). It describes memory as something made up of a series of stores and these each differ in terms of their capacity, duration and encoding process.

Information is detected by the sense organs and enters the SM. If attended to, this information enters the STM for further processing.

Don't use plagiarized sources. Get your custom essay on
“ Outline and evaluate the multi-store model of memory ”
Get custom paper
NEW! smart matching with writer

Critically, there have been many memory studies which provide evidence in support of the distinction between the STM and the LTM which the MSM describes.

For example, the HM case study, Milner (1966). HM suffered severe epilepsy and underwent brain surgery. The surgery left him with severe memory deﬁcits, remembering little of his personal life or public events that occurred over the last 45 years. However, his STM remained intact and supports the model as it shows that the stores are unitary. Furthermore, the model has provided a foundation for later work and has been inﬂuential, generating much research into memory.

Nevertheless, the model has been criticised for being oversimpliﬁed, in particular when it suggests that both the STM and LTM each operate in a single, uniform fashion. For example, the working model of memory (Baddeley and Hitch, 1974) shows that the STM is more than just one simple unitary store, composed of different components including the central executive and the visuo-spatial sketchpad. Moreover, the MSM provides a passive view of memory, neglecting the process elements of memory, not considering other factors such as oneʼs effort or strategies used in remembering information.

Outline and evaluate the multi-store model of memory. (2016, May 13). Retrieved from https://studymoose.com/outline-and-evaluate-the-multi-store-model-of-memory-essay 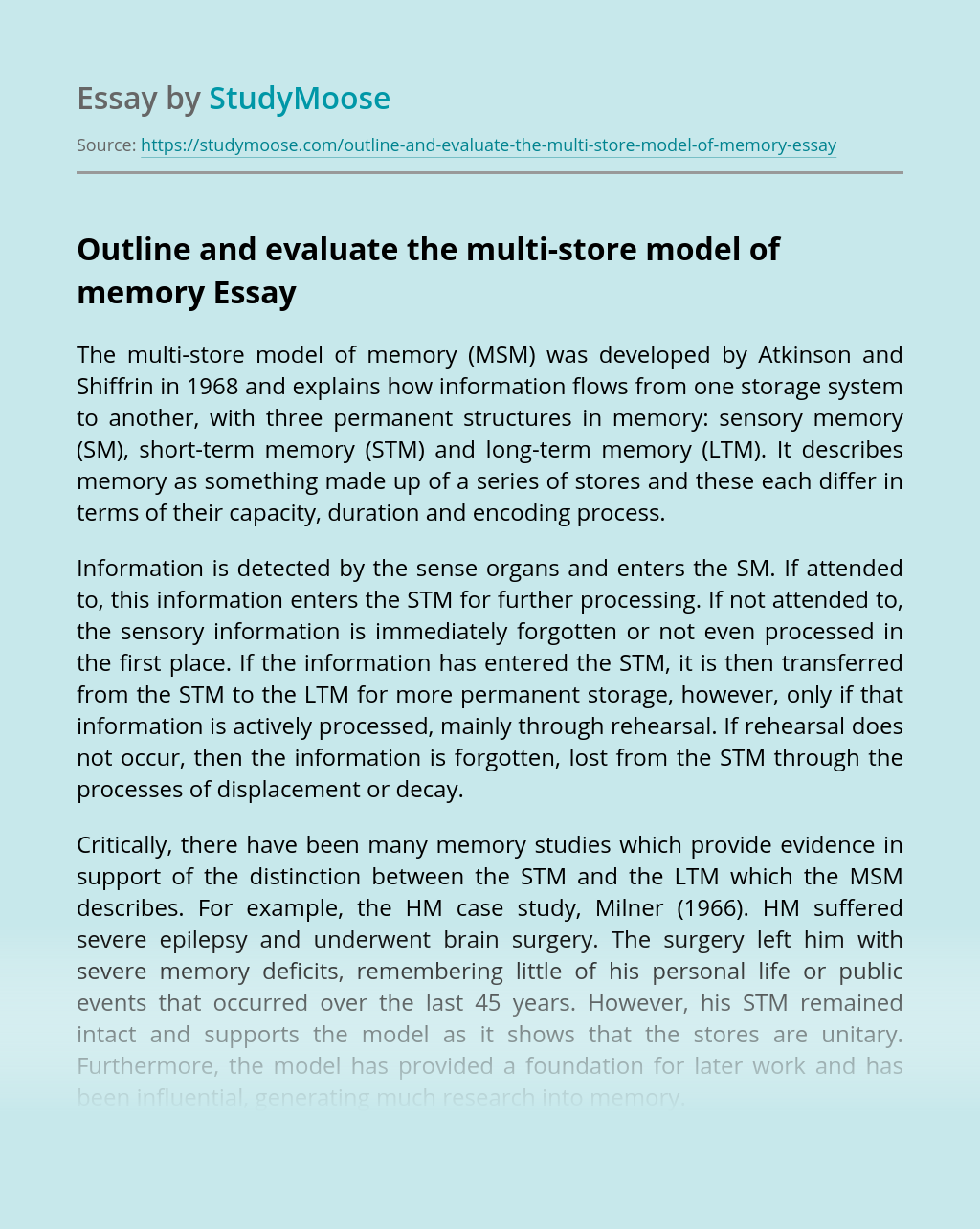