Don't use plagiarized sources. Get your custom essay on
“ Open and closed skills ”
Get custom paper
NEW! smart matching with writer

Open skills Open skills are skills that are being constantly influenced by the environment in which the individual is performing them e. g. wind, rain, temperature, opponent position, teammates position own position and the speed on a ball. Because of all the different influences affecting an open skill they are never performed the same way twice. Therefore we need to use our perceptual and anticipatory skills along with all of our knowledge and experience before performing the required skill.

For example you might identify football as an open skill sport but it contains a lot of skills that are closed for example a penalty or a throw in we call these scenarios closed skills in open situations. Therefore sports like this are placed nearer one end of the continuum than the other there is an example below. A full continuum will look like the one below containing several sports 0.

Fully closed skill no change to routine whatever the environment there are several examples of these most of all these examples are athletic throwing events e. g.javelin, hammer throw and shot putt. 1. Nearly fully closed with a single open skill needed e. g. pole vaulting (where the only change is the height of the bar) 2. Mostly closed skills with only minor open skills my example is diving (where the only environment change is how the diver may be affected by gravity). 3. Mostly closed skills but a lot of open skills will be needed. I cannot think of an example of this but I am sure there is one.

This way of practice is better for open skills as all different environments can be practised for even if one of the environments never happens during a sporting situation but if it does appear then the performer has been trained to respond and adapt to his/her environment. Conclusion During this assignment I have discovered that there are several different methods to practice open and closed skills. I have found that there are some better methods of practice for certain skills than others.

I have discovered that variable practice is the best method of practice to learn open skills as all environments are catered for during the practice sessions. I have also found that there are many alike open and closed skills, which are not as alike as I first thought. Reference list Advanced PE for Edexcel Physical Education and the study of Sport Third edition. Show preview only The above preview is unformatted text This student written piece of work is one of many that can be found in our University Degree Social Work section. 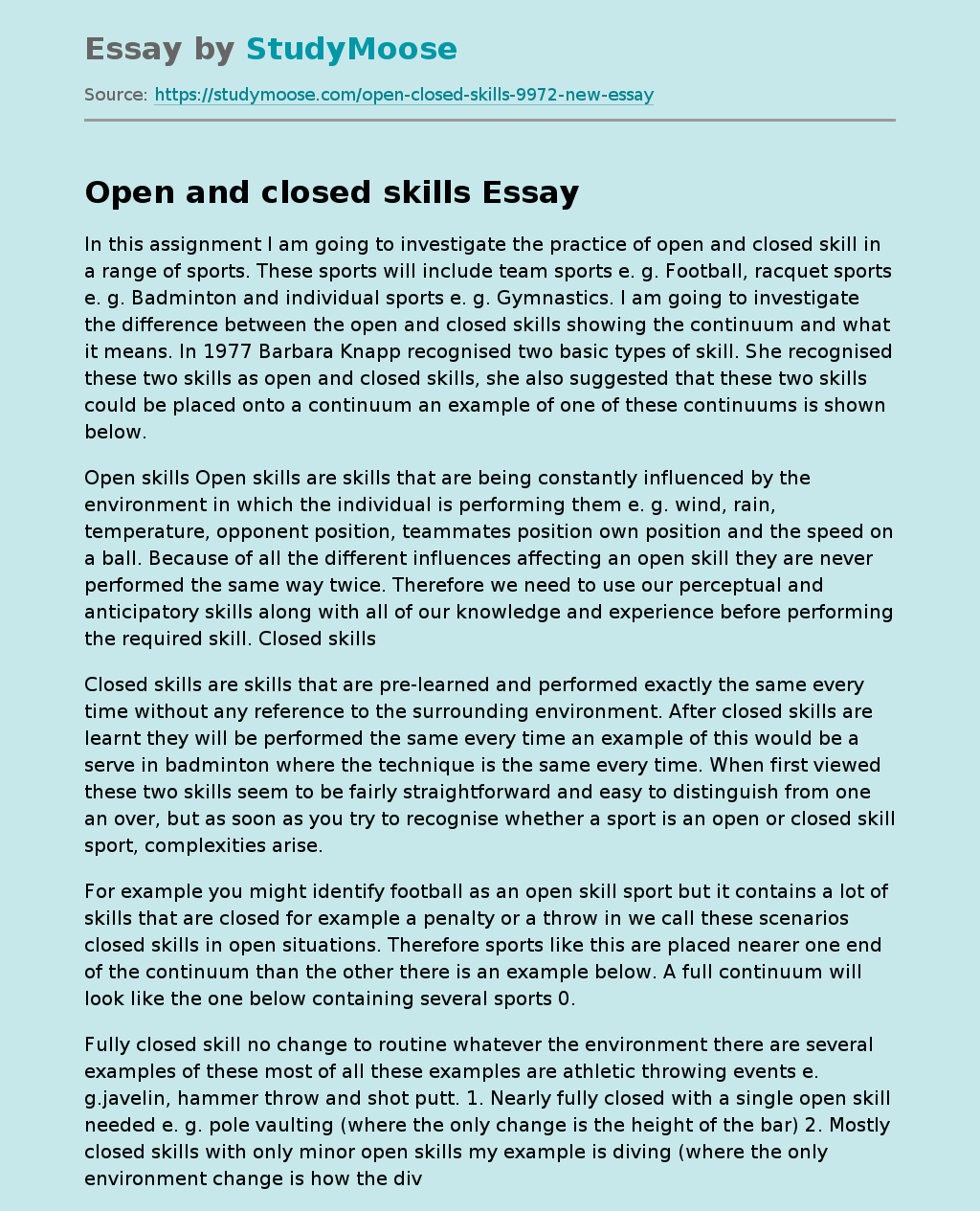