My Most Embarrassing Moment

What is an embarrassing moment? I would have to say, it is when things go not as planned. My most embarrassing moment happened February 12 2011. I was a junior at Neptune High School. I was a member of the N.J.R.O.T.C. unit there. My unit was participating in the Senior Bowl halftime show, which was a tradition every year in school. At the Senior Bowl everyone would be there including local news stations and newspapers so it was a big deal to get everything set up accordingly.

Don't use plagiarized sources. Get your custom essay on
“ My Most Embarrassing Moment ”
Get custom paper
NEW! smart matching with writer

We practiced for two week through rain and sun to make everything was planned perfectly and that’s everyone knew what to do. During the game one of our main members got sick and had to be taken to the hospital, my best friend Leila and I became responsible for bringing out a balloon of Popeye.

The orders were to march out on the field carrying Popeye. Popeye was to be laid down at the fifty yard line.

We were to raise him up on cue. We were instructed to then march off the field with him. All of this was to be done in a fully packed stadium with hundreds of people watching. We marched out on the field without any incident. Although the wind was a little strong, but not bad. We laid Popeye down on cue. My best friend decided to curl her line on the ground next to his feet. On cue we began to raise Popeye.

My friend’s foot suddenly got caught in the rope, she rose in the air with Popeye , I started running after them so I could tried to unravel him from the rope but it was going to fast. I finally caught the rope and was able to hold on to it Everyone in the stadium started to laugh. The game was televised on national television. We were also seen on local television. My family and friends all watched the game and, of course, the halftime show. I have never experienced anything like that. Now I look back, and I laugh all the time about it.

My Most Embarrassing Moment. (2016, Sep 24). Retrieved from https://studymoose.com/my-most-embarrassing-moment-essay 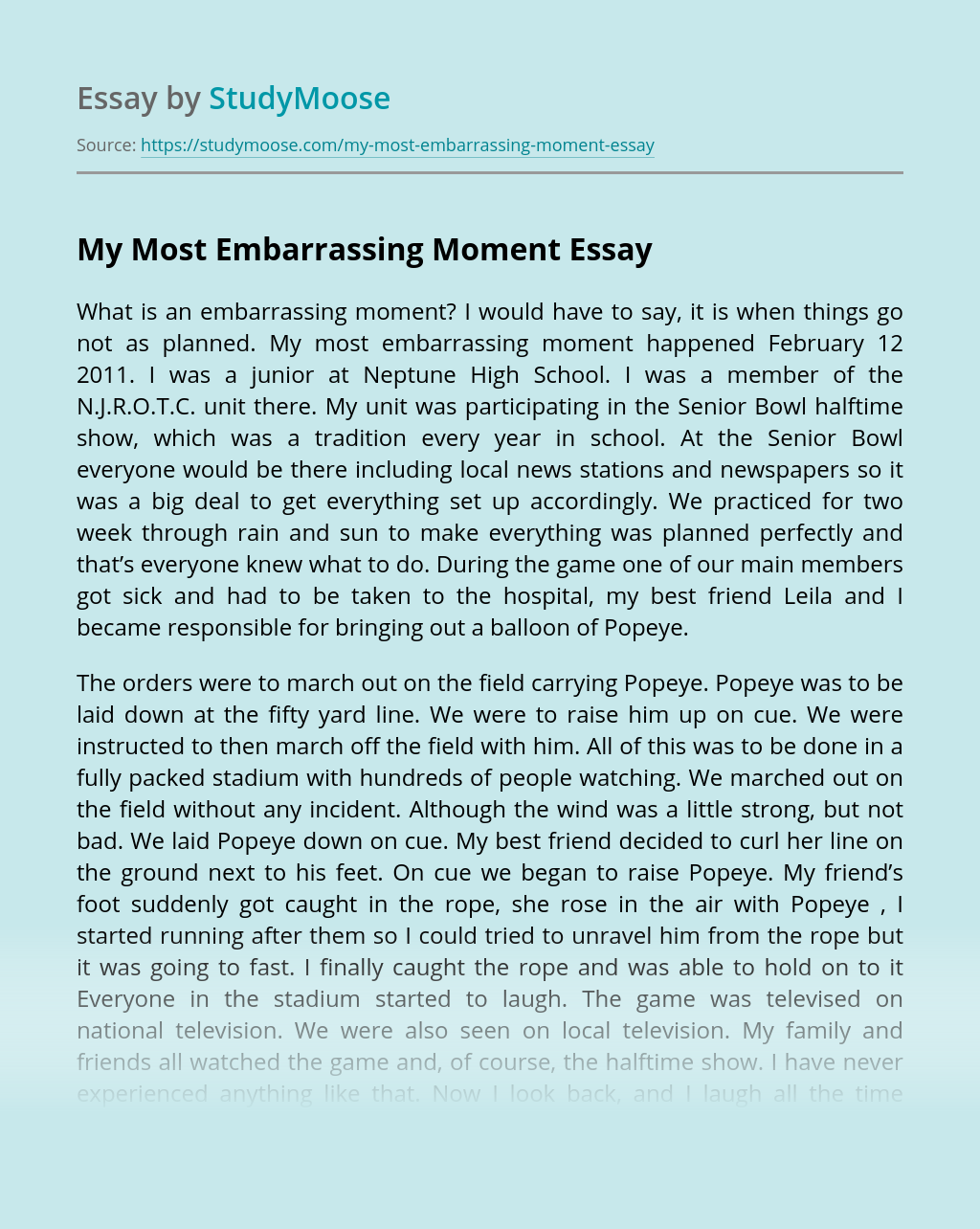