My favorite movie is Chinese Super Ninja. The movie has characters who combine fighting with a lot of gymnastics. In the movie the characters demonstrate the precision and skill it takes to use Kung Fu on an opponent. There are many clans in this movie and some have their own fighting style.

It is interesting to watch the characters combine fighting with gymnastics. In one scene the fighter did two handsprings and landed in a tree to avoid being hit. Then another fighter tumbled down from the tree striking a fighter with a kick to the chest.

Turn in your highest-quality paper
Get a qualified writer to help you with
“ My Favorite Movie ”
Get high-quality paper
NEW! AI matching with writer

In the movie, characters demonstrate Kung Fu which take a certain skill and precision to work properly. For example, in the movie the fighter must strike the temple to weaken the armor around another fighter in order to kill him. Another example is when the fighters learn to breathe properly so it locks the muscles and the body becomes invincible to blades.

If not done properly, the fighter will become vulnerable.

The movie also has different clans and fighting styles. There are some small clans such as Lama, Tai Chi, Mings, and Ninja. Another clan is called the Wu Tang Clan and they’re known for using the Lightening Sword Style and the Drunken Monkey. There is also a clan named Shaolin Temple who are known for using the Chinese Finger Jab, Eagle Claw, and the Iron Fist Style.

Chinese Super Ninja is my favorite because of the skill of the Martial Arts and knowing the different clans and their fighting styles. 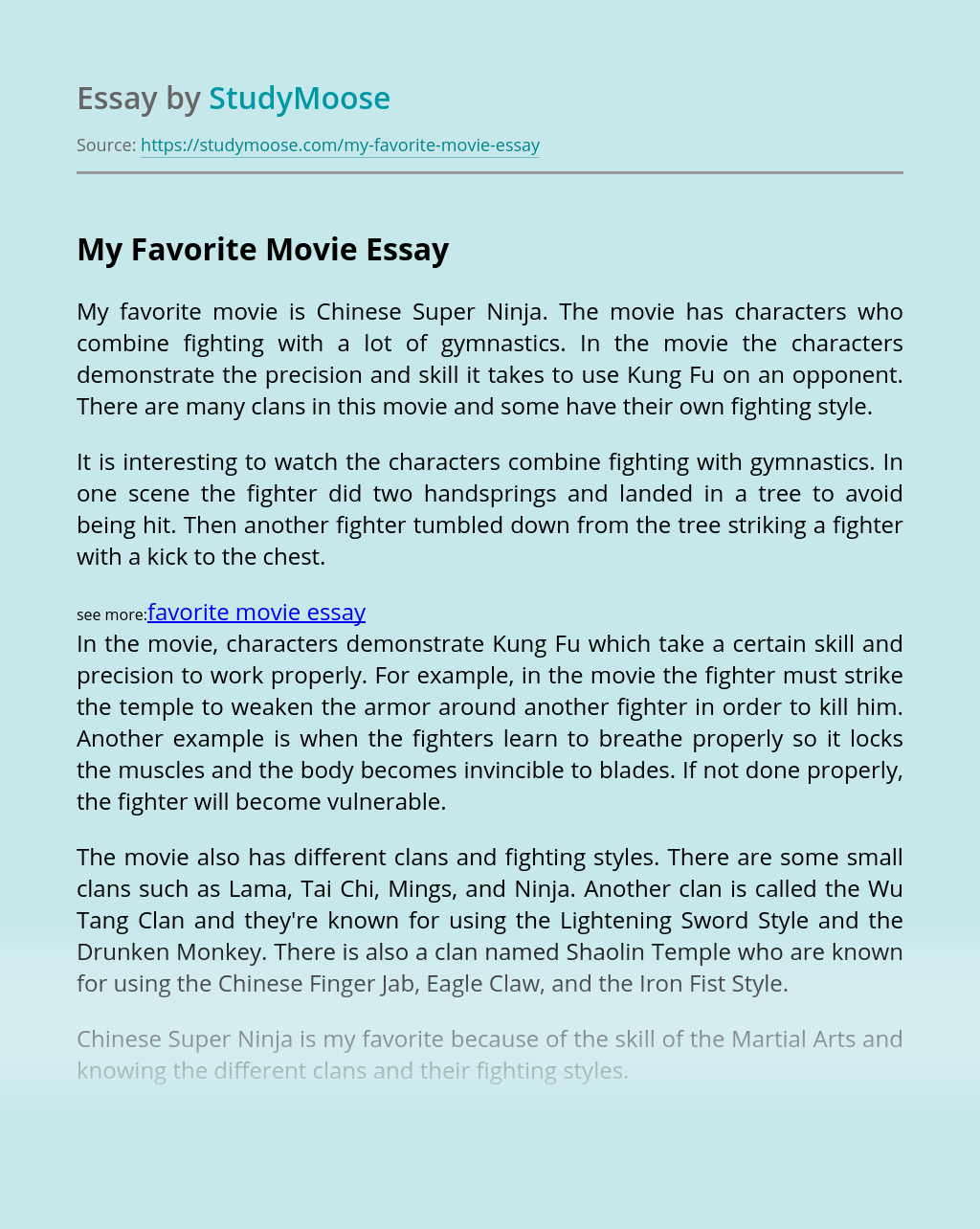 Turn in your highest-quality paper
Get a qualified writer to help you with
“ My Favorite Movie ”
Get high-quality paper
Helping students since 2015
Stay Safe, Stay Original