Movie review on Kingdom of Heaven (2005)

Though the movie can be considered to be masterful and superior as far as the visual and technical factors are concerned, the Kingdom of Heaven (2005) becomes a less outstanding epic film since there is a great alteration on the focus of the central theme of the story. Screenwriter William Monahan writes well about the story but Ridley Scott seems to become more interested in searching and probing the evils of religion rather than making a medieval epic. The fighting scenes are even mechanical.

Don't use plagiarized sources. Get your custom essay on
“ Movie review on Kingdom of Heaven (2005) ”
Get custom paper
NEW! smart matching with writer

Leading actor Orlando Bloom, furthermore, though he has fine screen presence, inadequately assumes his role since his performance was monochromatic and subdued compared to the other leading actors of the different epic films. Aside from his not totally outstanding performance, Bloom seems to sound like the character in the Lord of the Rings. It seems that the dialogues of the main character are just stolen or adopted from the other movie (The Internet Movie Database 2010).

Nevertheless, the movie is not a total frustration to the audience since the movie has undeniably almost perfect visual and technical factors.

The portrayal of the medieval France and the city of Jerusalem was considered to be a brilliant technical accomplishment. Other characters such as Balian’s father (Liam Neeson), Tiberias (Jeremy Irons) and the king (Edward Norton) were successful in assuming their roles. 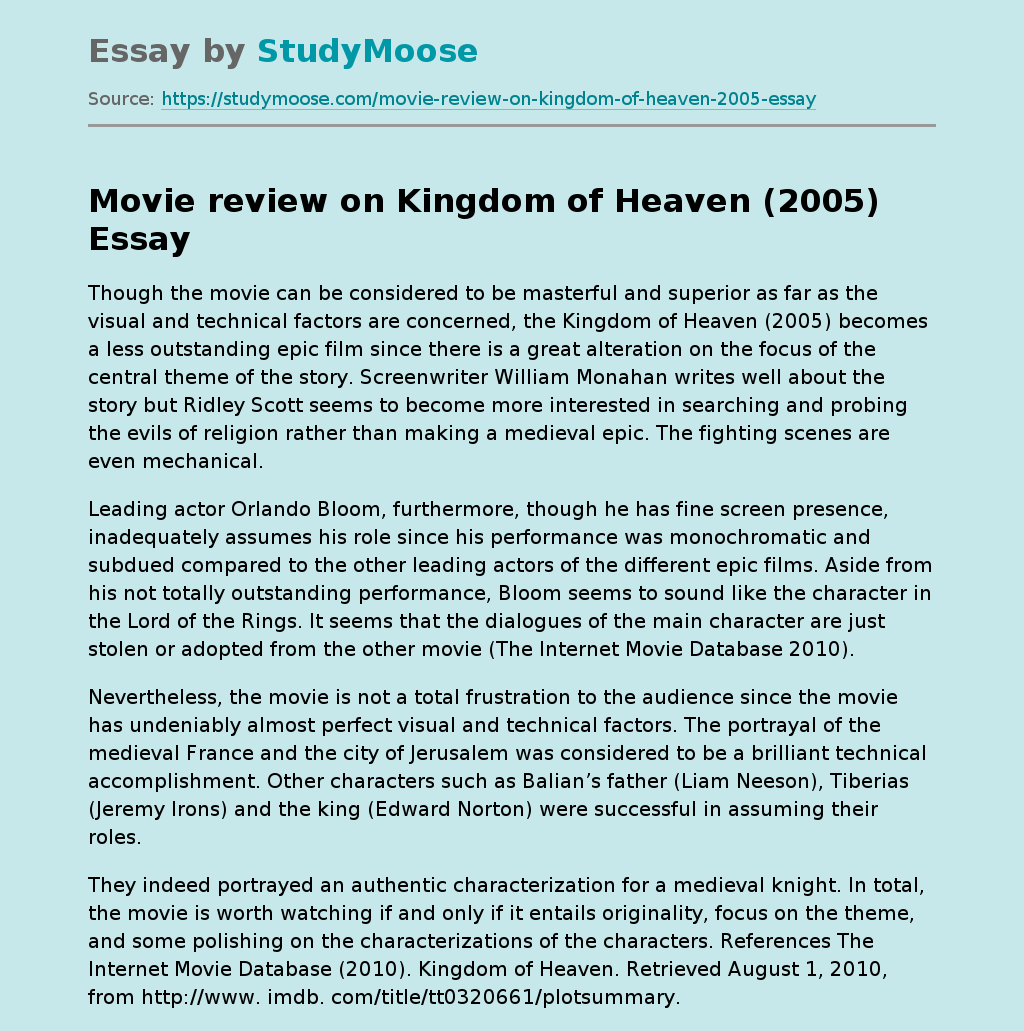