Christian RiveraProfessor Justin KaganPhilosophy March 10, 2019The Philosophy of Heaven and HellEveryone you talk to has different religious beliefs and viewpoints on life, in my paper I will be discussing the topic of Heaven and Hell while also addressing the one and only Judeo-Christian God almighty.God and Free WillWhen you hear the name God you may feel excited, angry, worried, or even indifferent but you cannot deny the fact that the name holds power and that there is something special about saying it or seeing it printed.

Don't use plagiarized sources. Get your custom essay on
“ Christian RiveraProfessor Justin KaganPhilosophy March 10 2019The Philosophy of Heaven and HellEveryone ”
Get custom paper
NEW! smart matching with writer

A lot of people may have mixed emotions about God because they think it is a topic that is way too confusing to comprehend and understand fully. I see where they are coming from because it can be an extremely difficult concept to wrap your head around at first. One of the questions I hear about frequently and that many people have trouble with is How can God give you free will if he is all knowing and all powerful? which is a great question, since the idea of it seems to contradict itself.

However, keep in mind that even professionals in their field struggle with this. In the Article To What Extent Is Free Will Actually Free? The Answer of Neurosciences’ Gabriela Marcu says, The concept of free will remains hard to define especially within the continuous paradigm changing on decision making (Marcu 107). Even people that study neuroscience, and free will for a living have trouble concluding the idea of free will. Just because God may know about a choice or decision we will make in the future that does not mean we are unable to make that choice because of his knowledge of it. 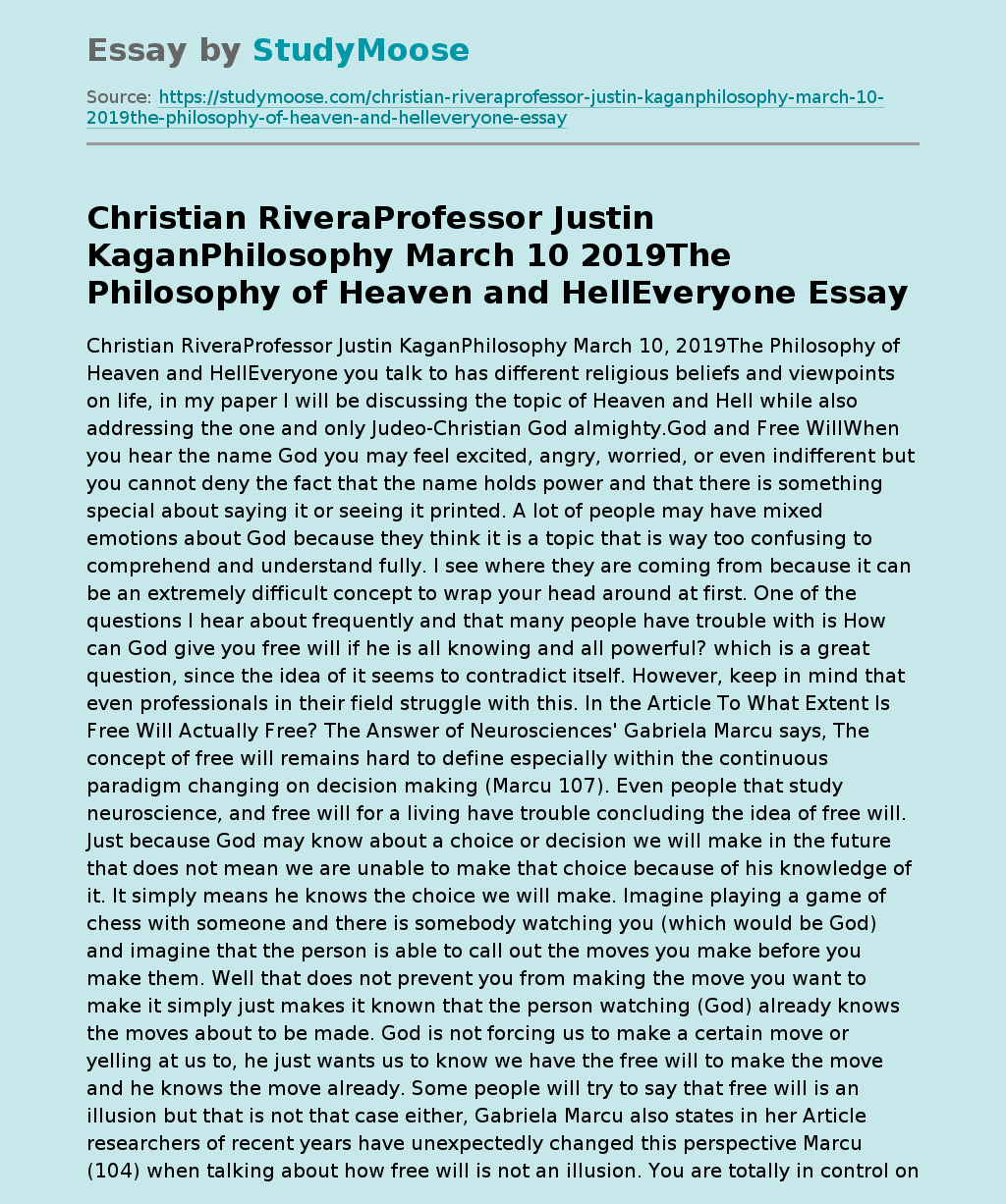