Most important consequence of the printing press

Throughout history there have been many changes, discoveries, and inventions around the world.

Don't use plagiarized sources. Get your custom essay on
“ Most important consequence of the printing press ”
Get custom paper
NEW! smart matching with writer

Before the printing press people would explore of course but it was abstruse because not a lot of technology existed. Hence Geography gave more people knowledge of the world, exploration created the establishment of colonies around the world, more territories were discovered. Document 7 shows a letter from Columbus explaining that he reached new islands, then that letter was sent Barcelona, Valladolid, Rome, Florence, Paris and other places around the world. Document 7 shows us pictures of maps and how the maps kept on changing throughout the years as the people made discoveries around the world, Because of the printing press people were able to know how other explorers reached new lands and inspired others to explore. if it wasn’t because of the printing press maps wouldn’t of gone throughout Europe, the establishment of colonies and the discoveries of new lands and territories would of taken longer.

The second consequence about the printing press that made a big impact on the world was the spread of Protestant religion.

Though they were many consequences, the spread of ideas was the most important one Because mathematical and scientific discoveries were made. People began to have more knowledge, so they began to create more things that led to more jobs and more money, and a better economy. The world revolutionized faster because of the spread of ideas all due to the printing press.

Most important consequence of the printing press. (2016, Apr 03). Retrieved from https://studymoose.com/most-important-consequence-of-the-printing-press-essay 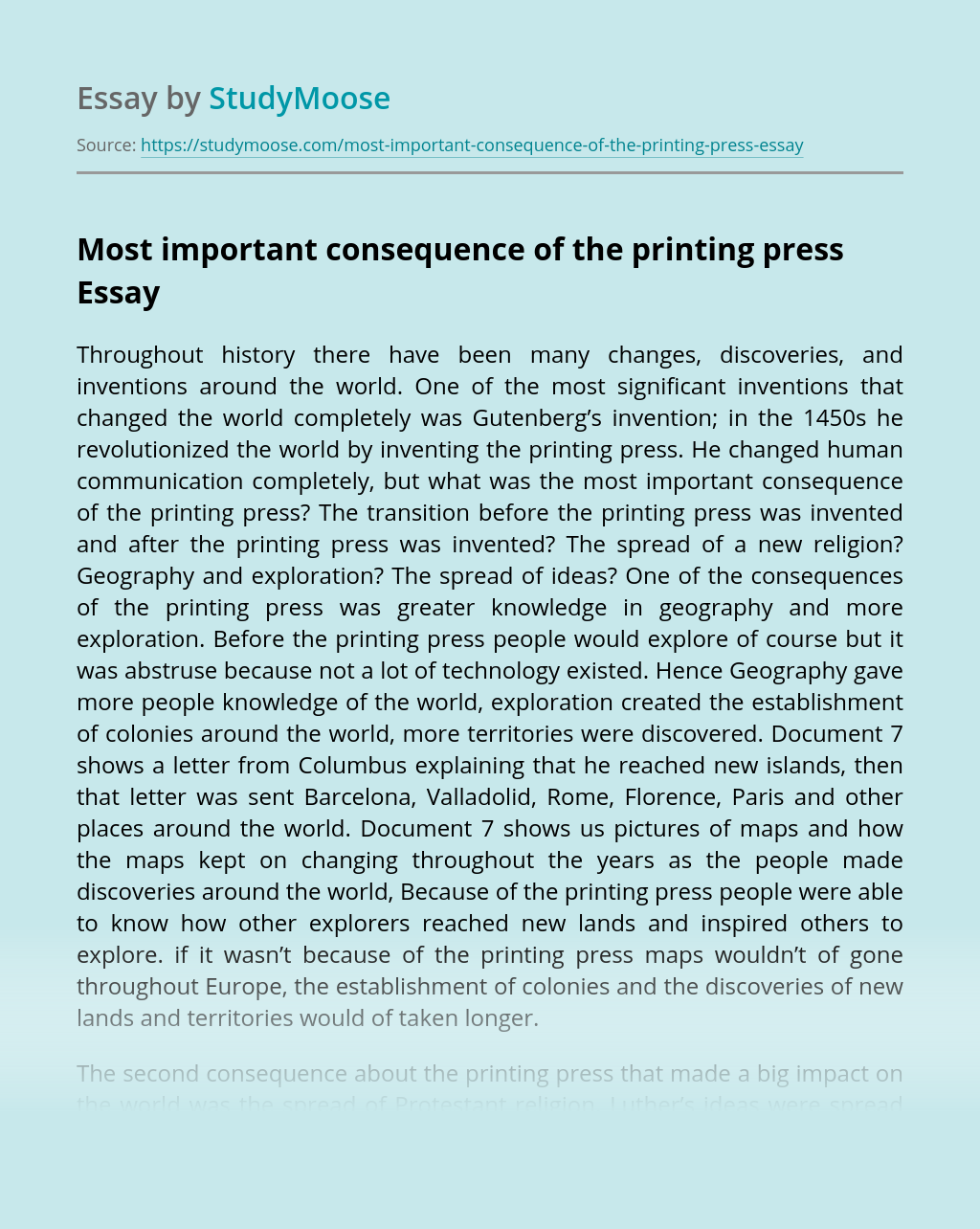