As André Gide once said, “Man cannot discover new oceans unless he has the courage to lose sight of the shore.” During the 15th century the printing press was invented by Johannes Gutenberg. It had a massive effect on the world at the time. One of the most important effects was exploration. The printing press started a revolution because it made it easier to print more maps, and explore new routes. Without the printing press, Christopher Columbus would not have been able to share the news about discovering current day America.

Don't use plagiarized sources. Get your custom essay on
“ Exploration or Reformation ”
Get custom paper
NEW! smart matching with writer

Explorers set out to find new routes, and sure enough they did.

He sent letters to Lisbon, Valladolid, Barcelona, Paris, Antwerp, Strasbourg, Basel, Florence, and Rome. In document E it shows that the printing press helped to spread the first map to record the existence of the American continents.

It was created by Martin Waldseemuller, without Gutenberg’s invention he would be able to show other people and explorers the geography of America. Johannes Gutenberg created one of the most important inventions out there. The effects of it are amazing, but by far the most amazing effect was exploration. It helped us see the world by printing maps. All the wonderful discoveries that were made like discovering America was made known cause it helped print the news to tell the whole world.

Exploration or Reformation. (2016, May 17). Retrieved from http://studymoose.com/exploration-or-reformation-essay 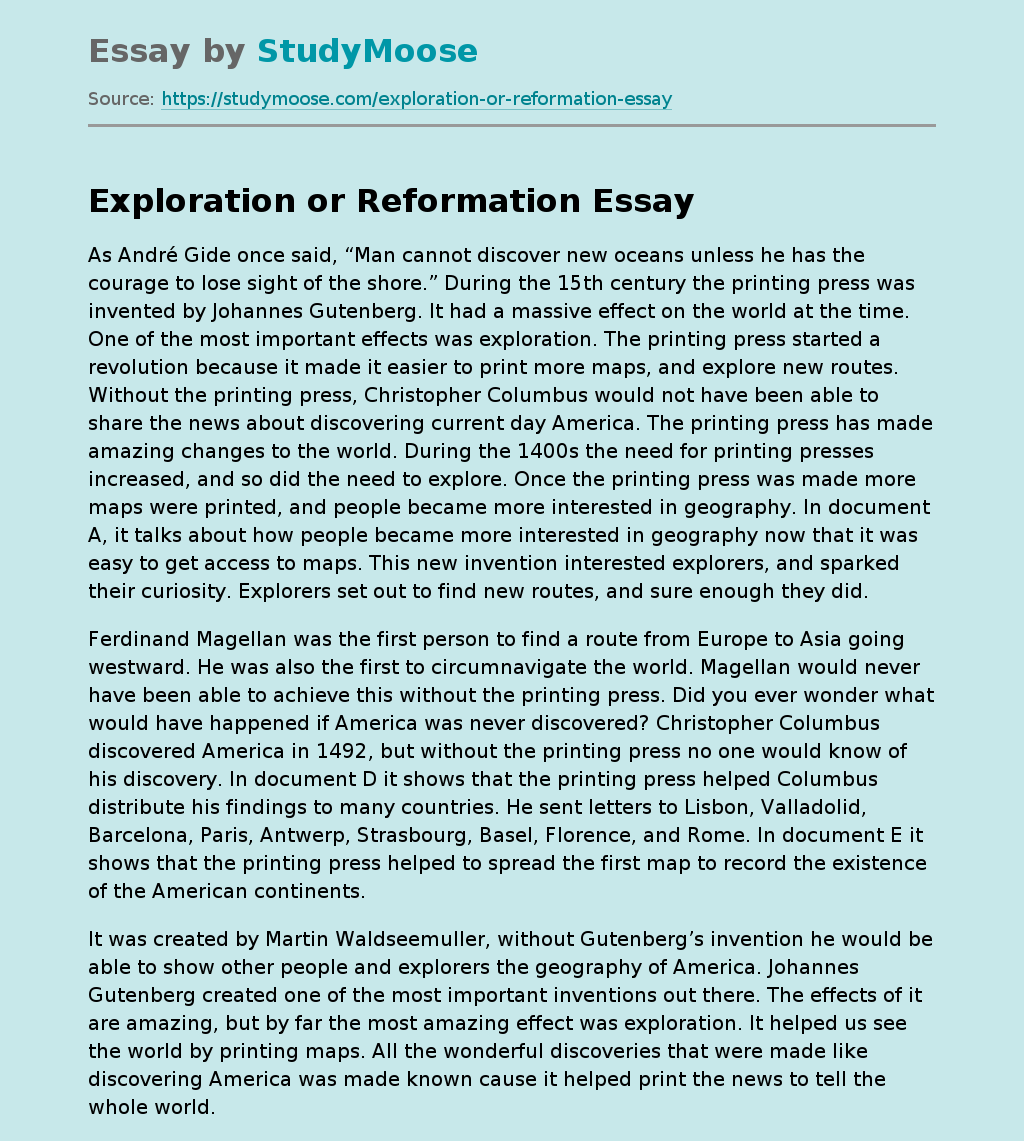