The Supreme Court ruled 5-4 in favor of Miranda and it also enforced the Miranda warning to be given to a person being interrogated while in the custody of the police.

Don't use plagiarized sources. Get your custom essay on
“ Miranda Rights vs Arizona’s Supreme Court ”
Get custom paper
NEW! smart matching with writer

Do you understand these rights as they have been read to you? The Supreme Court held that Miranda’s constitutional rights were not violated during interrogation.

A Mexican immigrant residing in Phoenix, Arizona, Ernesto Miranda, was identified to be a suspect in the line-up of a woman who accused him of rape and kidnapping. Police then arrested and interrogated Miranda. It took up to at least two hours of interrogation by police until Miranda the confessed to the crimes.

The confession was written.

During the two hours of interrogation, police did not once mention Miranda’s neither Fifth Amendment Protection against self-incrimination nor his Sixth amendment right to have the right to an attorney. After Miranda’s confession the case was then taken to trial hosted by Arizona state court an prosecutors used the oral and written confession as evidence against Miranda.

The court later came to an agreement that it is mandatory that the police have the role of protecting the rights of the accused suspect guaranteed by the Fifth and Sixth Amendments. After the Supreme Court came to the ruling, the rights to be read were the named the Miranda Rights in honor of Ernesto Miranda.

Miranda Rights vs Arizona’s Supreme Court. (2016, May 16). Retrieved from https://studymoose.com/miranda-rights-vs-arizonas-supreme-court-essay 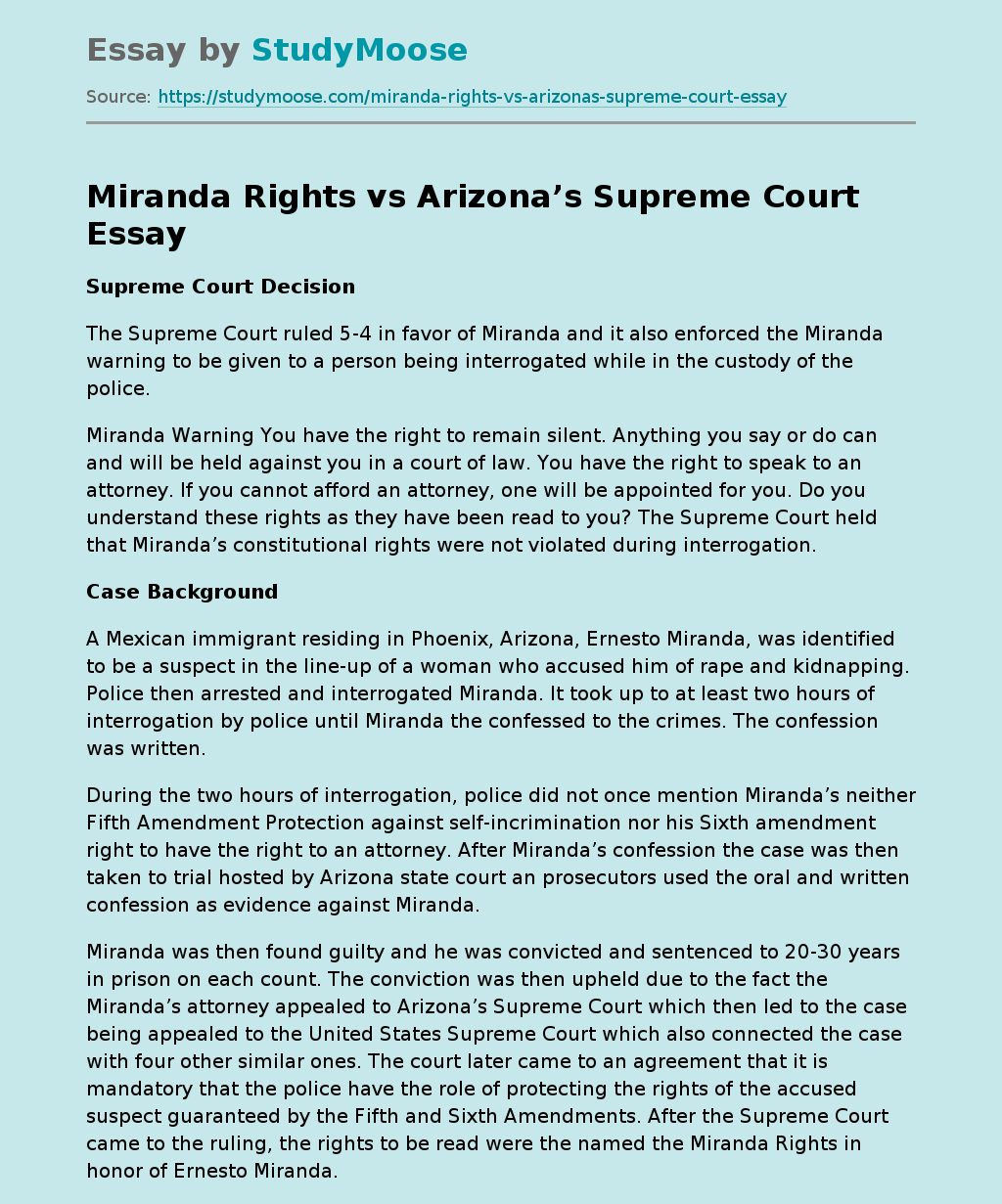