Essays on The Sun Also Rises 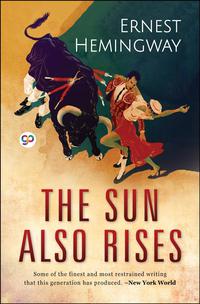 The book is set in the 1920s and follows a group of American and British expatriates who travel from Paris to the Festival of San Fermín in Pamplona, Spain. The story is narrated by Jake Barnes, a World War I veteran who has been left emotionally scarred and impotent from a war injury. Jake is in love with the beautiful and flirtatious Lady Brett Ashley, who is also desired by all the other men in the novel. Brett is engaged to be married, but she ends up having an affair with Jake’s friend, the wealthy playboy Mike Campbell.

The novel follows the characters as they travel to Spain and become caught up in the bullfighting culture there. Jake becomes friends with the matador Pedro Romero, and Brett falls in love with him. However, their relationship is doomed from the start, and eventually Brett leaves Pedro for Mike. The novel ends with Jake and Brett parting ways, and Jake realizing that he will never be able to have a physical relationship with Brett.

Save Time On Research and Writing
Hire a Pro to Write You a 100% Plagiarism-Free Paper.
Get My Paper
We've found 9 essay samples about The Sun Also Rises
Prev
1 of 1
Next
Other books by the author
A Clean, Well-Lighted PlaceA Farewell to ArmsFor Whom the Bell TollsHills Like White ElephantsThe Old Man and The Sea
Similar genre
Dystopian LiteratureModified BalladFictionBlack ComedyEpistolary NovelMemoirTravel LiteratureWarHeroic FantasyChildren'S Literature
Get to Know The Price Estimate For Your Paper
Topic
Number of pages
Email Invalid email