The annexing of Hawaii in 1990 is an example of imperialism. The United States had been looking to take over some small other countries for some time before attempting to annex Hawaii. But at that time, imperialism had not grown enough to make it sucsessful. This is an example of imperialism because the US used their power to threaten and take over the smaller country for their own needs. This event started as a peaceful agreement between the United States and the Queen of Hawaii, allowing American Citizens to settle in Hawaii.

Don't use plagiarized sources. Get your custom essay on
“ Isolationism, Intervention, and Imperialism ”
Get custom paper
NEW! smart matching with writer

The United States didn’t want to help or work with other countries. Other than helping Hungarian leaders escape from prisons, they didn’t want to be involved.

They didn’t want to be involved in any global affairs, making it an example of isolationism. The US didn’t want to be involved in global affairs because they wanted to concentrate on their own country’s problems. They were working on the expanion of the country in the West. They were also trying to work on the Manifest Destiny, which involved trying to expand the US from the Atlantic to the Pacific Ocean.

This event started in 1841, when Venezuela protested alleged British enroachment on Venezuelan territory. The two contries argued over what parts of the land they owned and how much of it. After gold was discovered in the territory, Britian pushed harder to extand its land. The US stepped in to help venezuela and intimidated Britian out of the dispute. Venezuela continually asked the US for assistance for 19 years, while the US merely expressed their concerns. Later, while trying to invoke the Monroe Doctrine, the US demanded that Britian stop the conflict with Venezuela, to which they responded mocking the Monroe Doctrine. 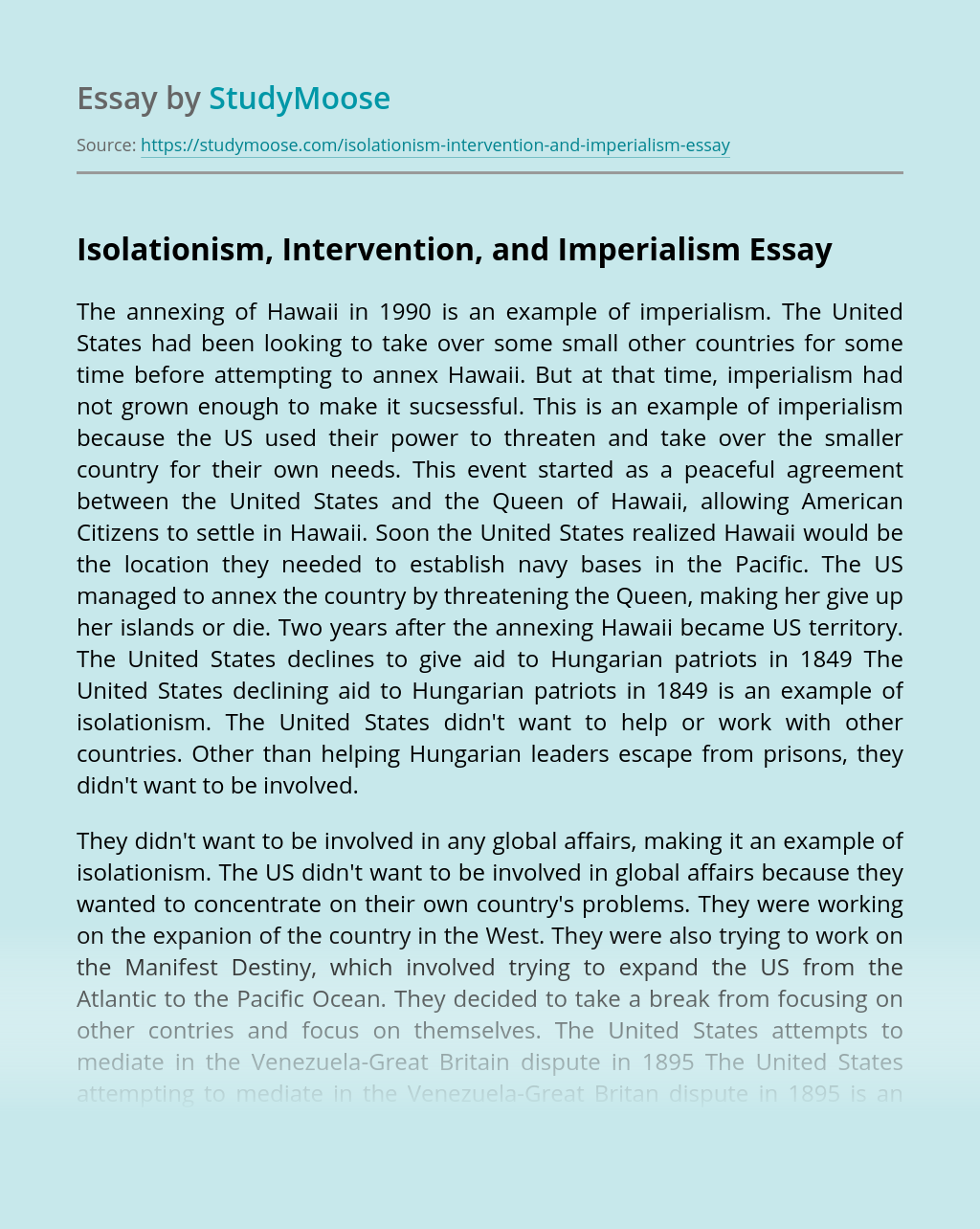