How Did the Constitution Guard Against Tyranny?

Don’t waste time
Get a verified writer to help you with How Did the Constitution Guard Against Tyranny?
Hire verified writer
$35.80 for a 2-page paper

How Does Federalism Guard Against Tyranny

A second guard against tyranny was separation of power which means divided the government in to three branches.

In order to not have a tyranny, you must separate the department of power. Each branch is need to make a decision Judicial Power is vetted in the supreme court goose to the president. Separation of Power protects tyranny because they could over power the president.

The third guard against tyranny was check and balances which means that each branch is able to check up on the other branches. They want to keep the central government branches working together because they need each other.

The 3 branches working cycle they all can do things they must all agree. Check and balances protects against tyranny because by having each branch check up on each other no one branch can over power the other.

The fourth guard against tyranny was the issue of small and large state which means making everything fair for all states. The large state favor the H, of rep because they have a large population and small state has a favor the senate. The House of Representatives is based on population and each has 2 senators. The issue of small and large state protects against tyranny
because the congress is far for both large and small states because they need each other to make a decision.

In conclusion, federalism, separation of powers, check and balances, and issue of small and large states helped to guard against tyranny in the

U.S. government. For example, the government is divided into 3 branches which are fair and equal. It is important to understand, to know that our constitution protect us from somebody taking over states. I think that is important today because in my future Iʼll be able to achieve my goals.

How Did the Constitution Guard Against Tyranny?. (2016, May 01). Retrieved from http://studymoose.com/how-did-the-constitution-guard-against-tyranny-essay 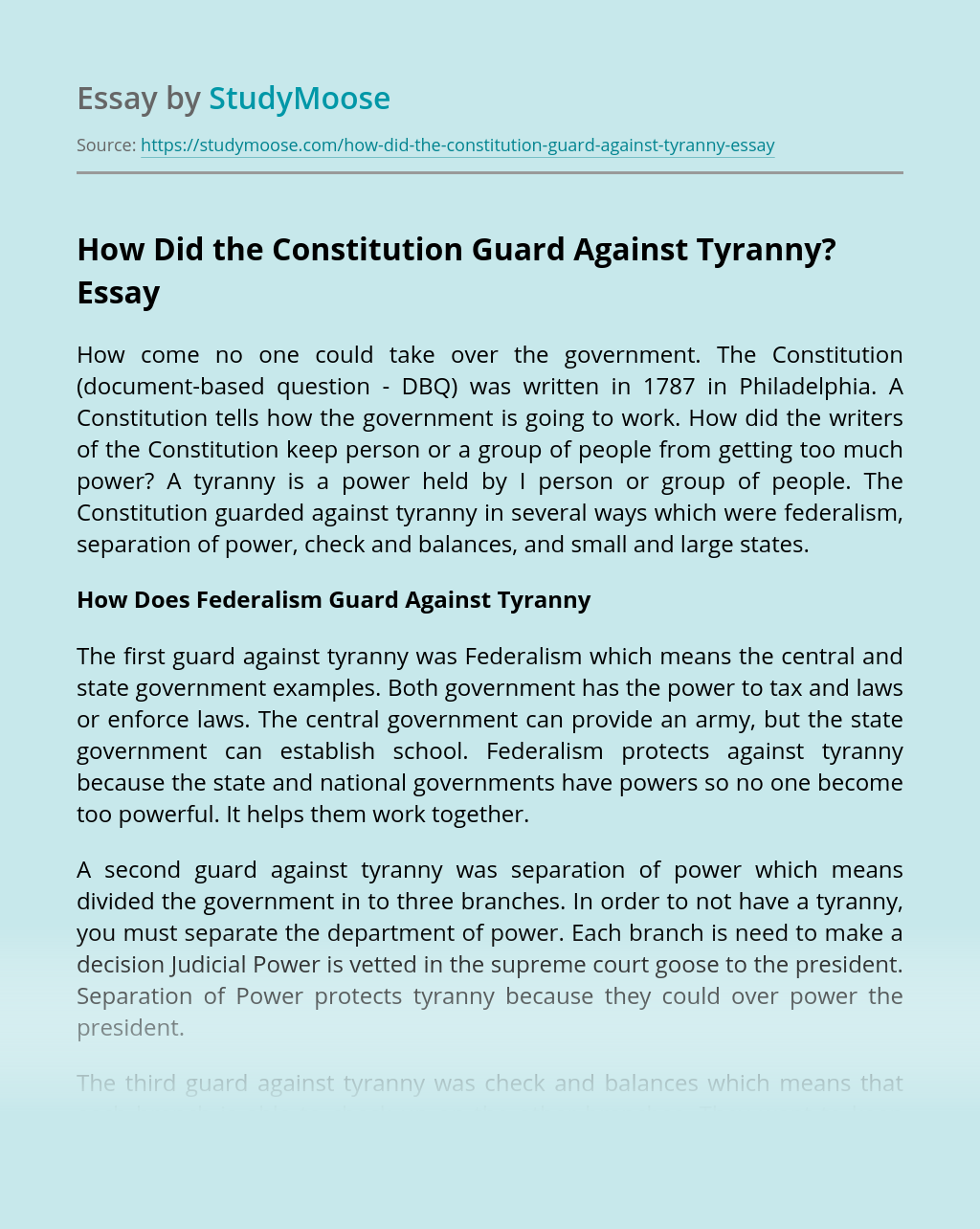 Don’t waste time
Get a verified writer to help you with How Did the Constitution Guard Against Tyranny?
Hire verified writer
$35.80 for a 2-page paper
Stay Safe, Stay Original