1. Read “Case 9: National Collegiate Athletic Association Ethics and Compliance Program, pp 444-454. Answer the questions at the end of the case.

How does the NCAA encourage collegiate football programs to develop a culture of ethics and compliance?

Collegiate football is not only a very lucrative and rapidly growing “business” but it also has a “tremendous impact on our culture, influencing the values of millions of participants and spectators”. Because of this, it is vey important to ensure that the NCAA ensure that all teams not only follow the rules and interpretations of the game, but also hold themselves to a higher standard with an established code of ethics.

Don't use plagiarized sources. Get your custom essay on
“ Homework submission ”
Get custom paper
NEW! smart matching with writer

These days, there are concerns about moral and ethical conduct for those individuals in leadership roles. Not only are the players to be held accountable for their actions to include proper academic certification, playing in an eligible status, not in receipt of extra benefits, but also the leaders to ensure the following does not occur:

“1) whether student-athletes are being exploited by not being paid for their athletic endeavors; 2) the courting of amateur student-athletes by professional player-agents; 3) gender equity; 4) diversity issues; and 5) improprieties by intercollegiate coaches and administrators (Hums et al.

, 1999). Today, unethical behavior displayed in the area of coaching is diminishing the public image of coaching and sports” (Tuncel, 2002-2010).

In addition, they have expanded their committee which brings a more diverse committee, which strengthens it by “bringing valuable insights from multiple perspectives” (NCAA, 2012). Also, the penalties have been enhanced, ensuring they are stronger and are consistently applied to the offenders. They also have accountability for those in charge, i.e. the coach. It is required for the coaches to “create a culture of integrity and direct his/her staff to uphold NCAA bylaws” (NCAA, 2012). If not, the head coach will be held accountable and there are possible penalties as well to include suspension.

Is it a valid criticism that the NCAA is based more on compliance than ethical values?

The criticism will have to be based on a school by school basis. I specifically know of a situation where my favorite football team, Notre Dame, had suspended their quarter back for violation of the honor code by cheating on a test, when it was most critical to keep him playing when Notre Dame was ranked #1 and going to the National Championships in 2012 who eventually were beaten for the title by Alabama. Notre Dame has a very strong honor code and strictly adheres to the code of ethics. Is it because the university is a Catholic school??

The university itself contacted the NCAA about the academic dishonesty of four of their players which resulted in the suspension of Everett Golson (QB). “The University is committed to thorough resolution of this matter, consistent with its commitment to academic integrity and adherence to NCAA rules,” Father Jenkins said. In this case, it looks as though Notre Dame is based more on ethical values than that of the NCAA. Although they NCAA does have rules, regulations and punishments in place, they do not seem to attack ethical values head on than being more in compliance.

How can student athletes, coaches, and university administrators demonstrate a proactive response to ethics and compliance?

Notre Dame, in my previous post, is an example of a school that holds themselves accountable for the actions for their coach and their players. Regardless of the important nature of their standing in the BCS championship standings, Notre Dame quickly addresses any issues of impropriety quickly and administers the requisite punishment. I believe if schools can model after Notre Dame, it would be easier to administer a proactive response to ethics and compliance.

Johnson & Johnson was seen as a gold standard for the recall of Tylenol and used for many years as a perfect example. Johnson & Johnson was responsible to everyone for the use of their products. It is important for a company to communicate the problem clearly with the public, comply with government officials, conduct an investigation and recall the products.

They have significantly tarnished their image and their trust with the shareholders and most importantly their consumers. They tried to have a third party to have their products recalled, but instead of doing it on the “sly”, it is very important for Johnson & Johnson to be up front and honest with the utmost integrity with them. By doing so not only is the most ethical thing to do, but it is the right thing for them to do as they have a responsibility to the public. 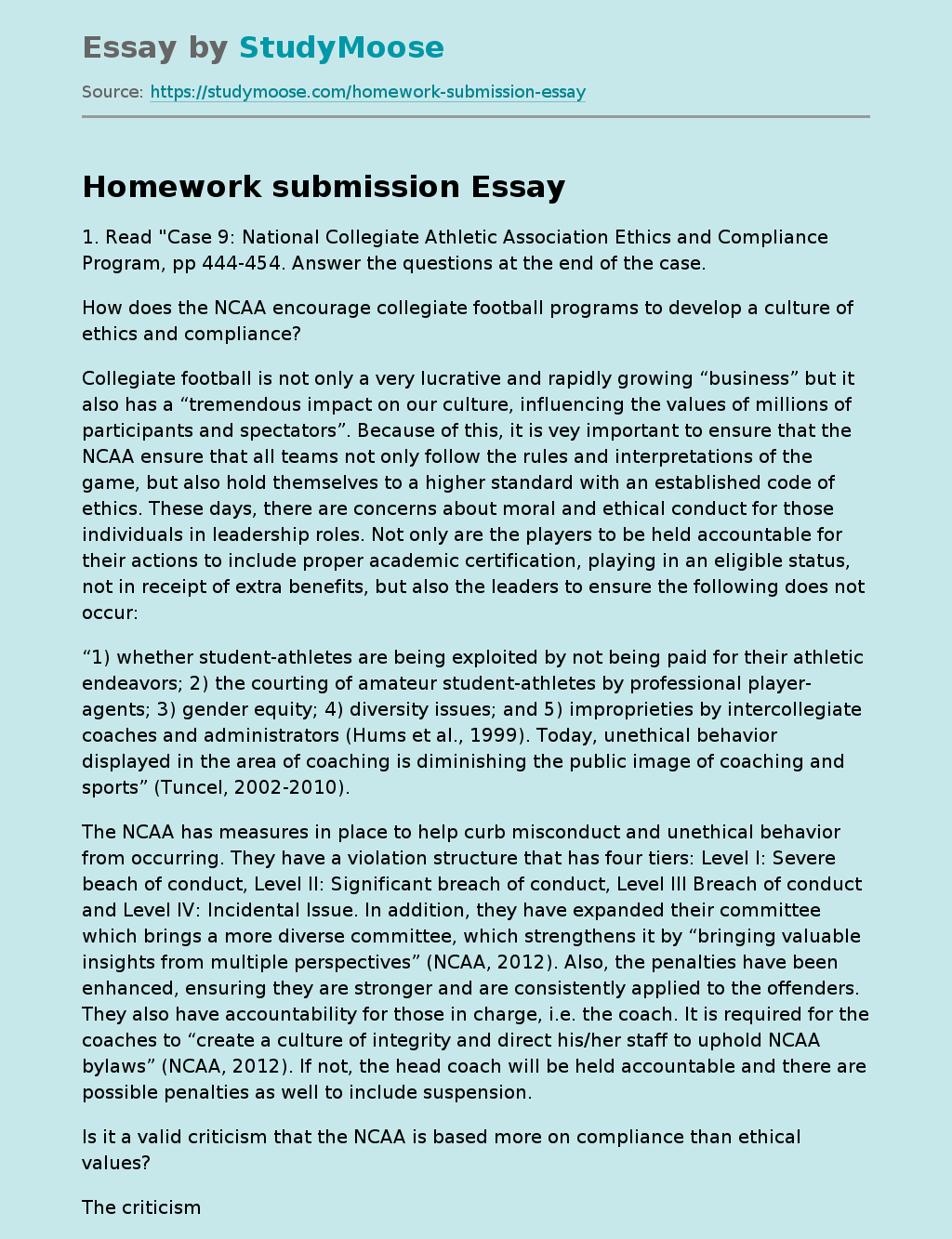