In the article “Hidden Intellectuals” written by Gerald Graff, he suggests through a persuasive argument specifically how street smarts can very well be more intellectual than book smarts. And how that knowledge goes far beyond academic learning and is continued into the everyday world is not considered intellect because of a different background.

He argues that by being involved in non-academic subjects; like sports, fashion and music; can help the students develop an academic way of thinking. The same idea is also stated in “Brain Candy”, an article found in The New Yorker by Malcolm Gladwell.

Don't use plagiarized sources. Get your custom essay on
“ Hidden Intellect ”
Get custom paper
NEW! smart matching with writer

He clearly explains how pop culture has affected the smarts of the people all over the world. And that how it is helping us to “become smarter because television shows and video games are more complex and engaging.”

Both writers argue about the many kinds of knowledge and their value of usefulness. Graff uses his own life experiences to show how non-intellectual subjects can be turned into intellectualism.

To support his argument, Graff tells us his own story of transformation from a ‘street smart’ boy to an intellectual. One may agree with Graff that “there are forms of hidden intellectualism that does not express itself through the established scholarly ways but rather hides under the mask of an ordinary talk about sports, fashion, pop-stars, etc.

” He believes that arguing about non-academics things requires just as much intellectual ability as debates about theoretical issues do, and that every street smart student has the potential to become intellect.

In his essay, “Hidden Intellectuals,” Gerald Graff strongly persuades the reader with the argument, specifically how street smarts can very well be more intellectuals than book smarts. I agree with Gerald Graff that its necessary to look at topics unrelated to school, “through academic eyes.” In his essay, he critiques on how schools are missing out on “a valuable opportunity to encourage students to learn more academically.” 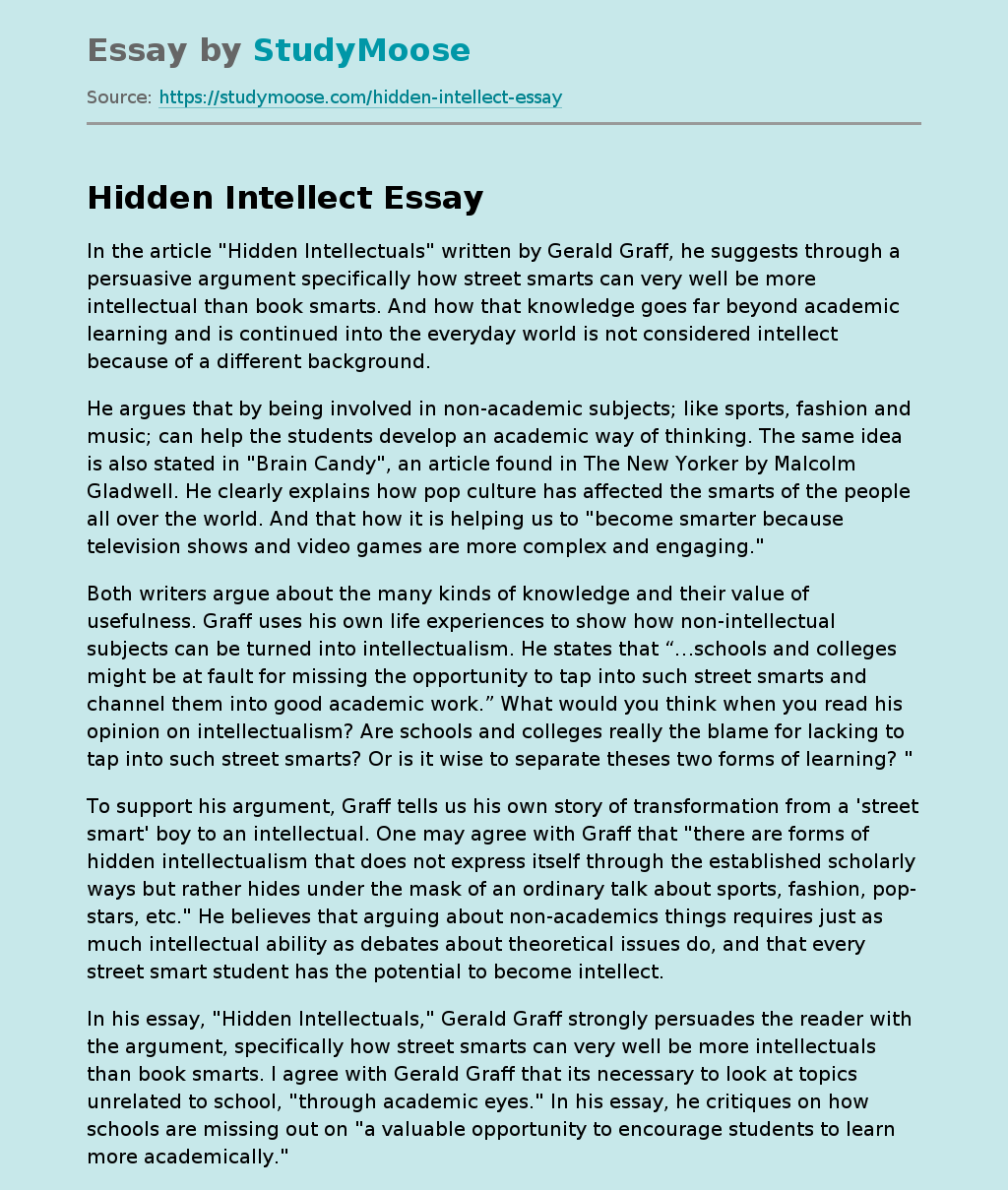