The rondalia is an ensemble of stringed instruments played with the plectrum or pick and generally known as plectrum instruments. It originated in Medieval Spain, especially in Catalunya. Aragon, Murcia, and Valencia. The tradition was later taken to Spanish America and elsewhere. The word rondaila is from the Spanish ronda, meaning “serenade.”

Don't use plagiarized sources. Get your custom essay on
“ Guitar and Plectrum Instruments ”
Get custom paper
NEW! smart matching with writer

The usual musical instruments used by estudiantina members were mandolins, violins, guitars, flutes, cellos, basses, tambourines, castanets, and triangles. Estudiantina musicians in Spain and Mexico, before and during the age of musical romanticism, wore 16th century attire such as “short velvet breeches, ornate shirts and a short cape with multicolored ribbons”.

Some instruments used for the early rondalia were influenced by the Mozarab musical instruments of the time, including the guitars, flutes and vihuelas. Mandolins, castanets and tambourines were also used and today a full range of instruments can be heard, such as the Mexican vihuela, violins and cellos, marimbas, xylophones, harps, and timbales.

Today, rondalias are more modern and expressive, using lyrics that are vibrant, yet still keep with the traditional theme of melancholy love and evening serenades.

The Filipino instruments are made from indigenous Philippine wood and the plectrum, or picks, are made from tortoise-shell. Other stringed instruments composing the standard Filipino rondalia are the bandurria, the laúd, the octavina, the Twelve-string guitar, the Ukulele, the bajo de uñas or double bass, the Guitarrón mexicano, and other Filipino-made instruments modeled and developed after the guitar. The Philippine rondalia’s repertoire include folk songs such as the Balitaw, the Kundiman, the “Zarzuela”, the “Subli”, the “Harana”, the “Tinikling”, and the “Cariñosa”. 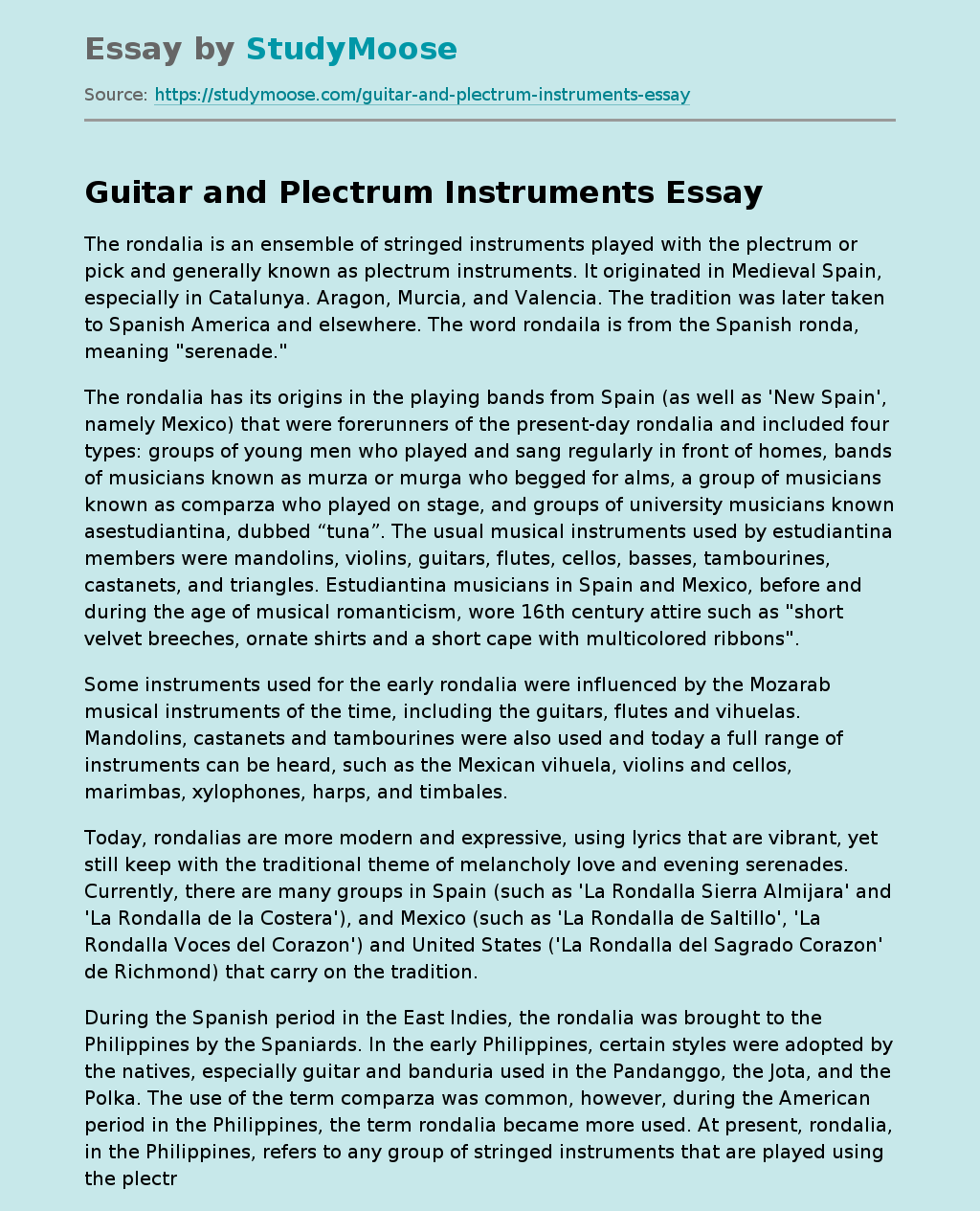