What I’m going to talk about is the giraffes habitat, behavior, what a giraffes looks like. A giraffes habitat is in East Africa and Zambia in south Africa. Until the middle of the 20th centrey giraffes were also commonly found in West Africa, South of Sahara. But the population declined over the years. The declined to the giraffes population has largely been to hunting from the humans. Giraffes prospects for survival goods living in national parks.

Don't use plagiarized sources. Get your custom essay on
“ Giraffe ”
Get custom paper
NEW! smart matching with writer

What a giraffe looks like. A giraffe has a very long tongue to start with.

Its tongue is 18 inches long, that is longer then a adults arm. It weighs 25 pounds. A giraffes heart is 2 feet long. The neck of a giraffe is usually 1.5-1.8 meters long (when it is fully grown. Humans and giraffes have 7 neck bones that are the same.

What the giraffe eats. Giraffes eat twigs of trees. But they rather prefer plant and they are mimso genus, but it appears that they like to eat vegetable food rather than all the other things that they eat. They can eat 63kg of leaves and twigs dailey. 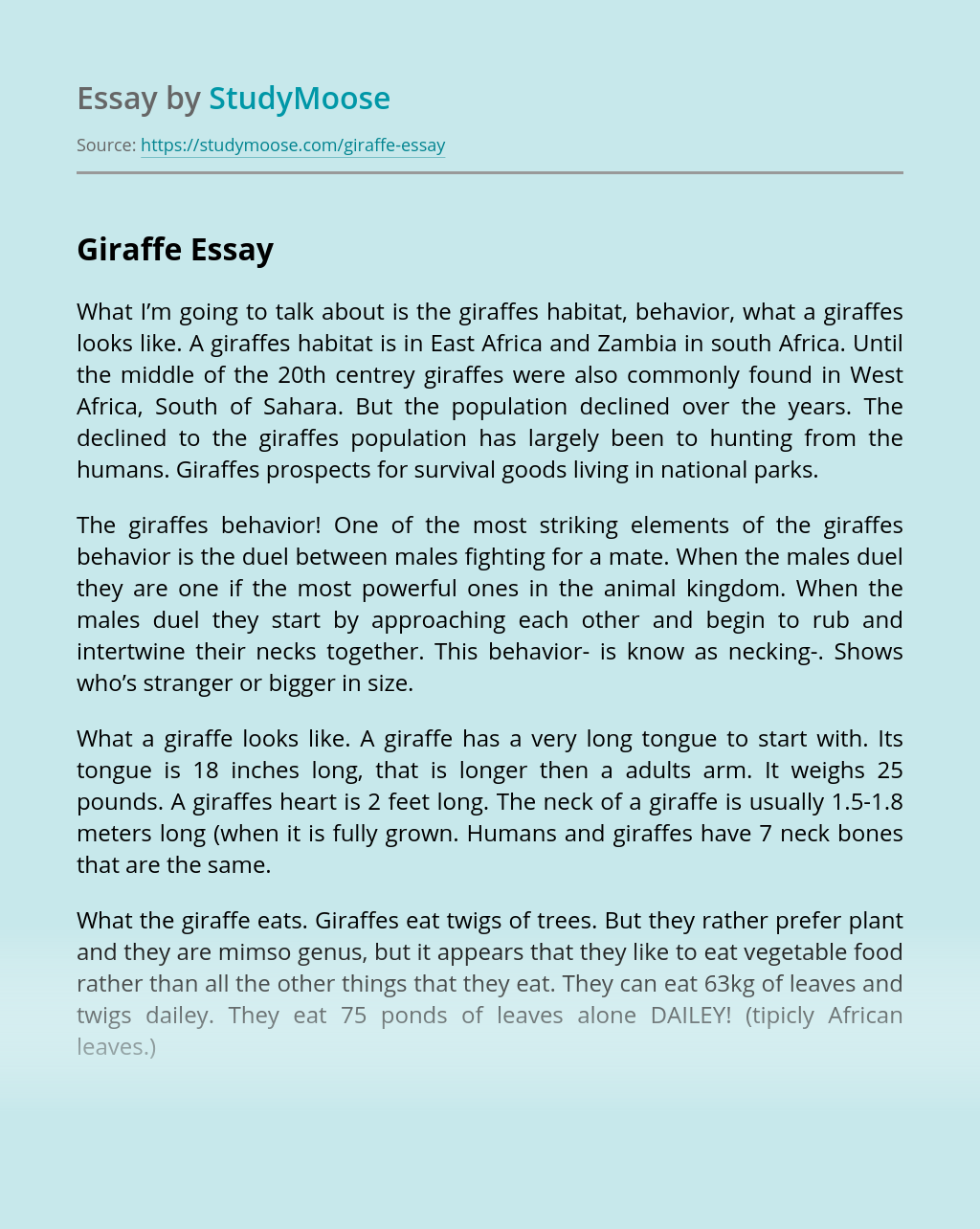