Don't use plagiarized sources. Get your custom essay on
“ The functionalist perspective and the conflict perspective ”
Get custom paper
NEW! smart matching with writer

It can be argued that religions are social institutions because the shape the way humans think and act [s3]and also govern their everyday actions. As example, churches for Christians are social institutions; The Christians are required to attend church for mass every Sunday. This pattern of behavior is shared by a unanimous crowd of Christians all over the world. Furthermore, functionalists look at society in two different levels. The first level consists of basic cultural values and norms.

The second level looks at the different groups in society and exists at a sub-cultural level.

Sub cultural levels relate to the fact that the membership of different sub-cultural groups will produce new norms and values in an individuals life. As example, the membership of a person in a skinhead and neo-nazi sub-cultural group will subject an individual to the norms and lifestyles of a skinhead su`chsuch as shaving their heads bald, tattoingtattooing the Nazi symbol on their bodies, as well as directly contributing to racism against immigrants by neo-Nazi Americans in the United States of America. Moreover, these are learnt through direct experience with the social world and not from institutions as it was discussed earlier. 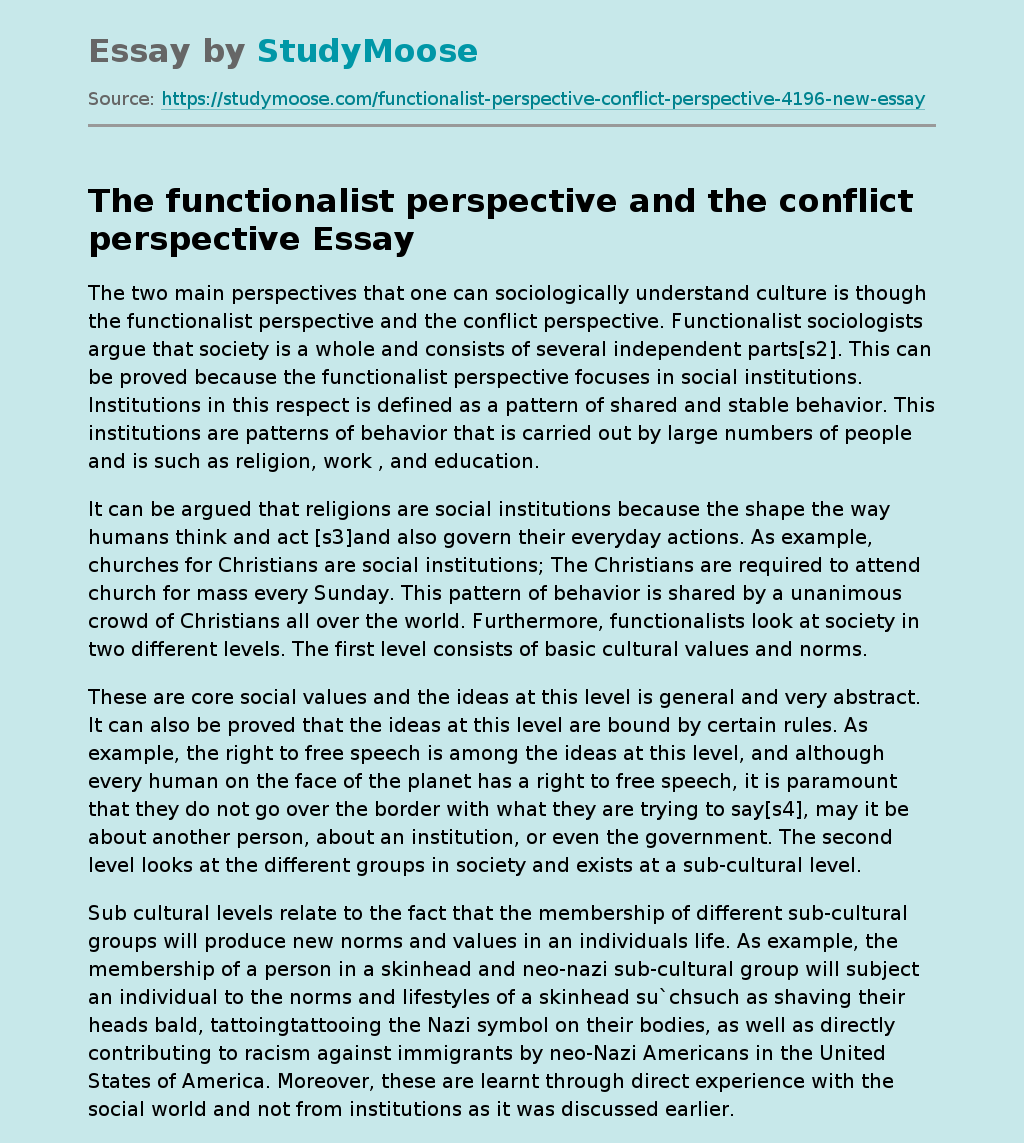