It was an era where so many alterations in the world Economy took place. In the closing decades of the 19th century there was a quest of seeking innovative ways to increase organizational efficiency and effectiveness. The Scientific Management Theory initiated on the basis of that. In this period of time crafts production was substituted by large factories in which a lot of technical revolutions have been taking place. The owners and managers were not capable of coping to these challenges therefore they hunted for advanced techniques to overcome this situation.

Don't use plagiarized sources.
Get Your Custom Essay on Evolution of Management Thinking Just from $13,9/Page

As a solution the concepts of Job Specialization and division of labour came about. In this scenario workers who specialized in their respective tasks became more skilled.

Fredrick W. Taylor was the architecture of the concept Scientific Management, “The systematic study of relationships between people and tasks for the purpose of redesigning the work process to increase efficiency”. It was believed that the most effective and efficient division of labour could best be determined by the concept of Scientific Management.

There were four core principles in this concept.

Some organizations redesigned the principles according to their vision. For example introduction of moving conveyer belts in Henry Ford’s factory can be taken in to consideration. However these approaches were not able to solve the emerged issues. Nevertheless Taylor’s work had a lasting effect on management production systems. Frank Gilbreth and Lillian Gilbreth who were the successors of Taylor studied how the working environment influences the performance of the employees. They made a heavy contribution in time-and-motion study. They demonstrated that by following arrangements organizations can solve their issues effectively.

Researchers attempted to discover how to create an organizational structure that leads to high efficiency and effectiveness. Theory of Bureaucracy was developed by Max Weber as a succession of these researches. Bureaucracy is basically a formal system of organization and administration designed to ensure efficiency and effectiveness. There were several principles in this theory.

Weber identified several factors there should be in a bureaucracy system. Simultaneously Henry Fayol identified 14 principles that should be vital to increasing the efficiency of the management process according to his perspective. These studies of Fayol and Weber laid the foundation of modern management theory.

This is the study of how managers should behave in order to motivate employees and encourage them to strive towards high levels of performance as an organization. In the previous theory there wasn’t a major concern about the employee viewpoint. Thus Mary Farker Follett explained why it is important to think about the human side of management. According to the studies of Follett managers should behave as coaches and facilitators –not as monitors and supervisors and the importance of direct inter communication between managers of different departments to make speedy decisions. She also promoted the concept of “cross functioning” which has been used in a great scale at present. Hawthorne effect is the discovery that a manager’s behaviour and leadership approach can affect the level of performance of employees.

From this study emerged the concept of human relations movement. It is basically how the supervisors should be behaviourally trained to spice up worker’s motivation, cooperation and increase their productivity. Informal organization is one of the implications of Hawthorne effect. This is the system of behavioural rules and norms that come out in a group. The study of factors that have an impact on how individuals and groups react to in organizations has been identified as the organizational behaviour. Apart from these mentioned here the most significant approach was developed by Douglas McGregor. He supposed two different sets of assumptions which were named as Theory X and Theory Y.

This is a modern extension of Scientific Management Theory in this approach describes how precise quantitative techniques can be used in order to make the best use of organizational resources. Quantitative management emphasises on how arithmetic can be manipulated to achieve best practises in inventory and financial capital control. Operations management presents a set of techniques that can be utilized to improve production efficiency Total quality management focuses on the art of how the whole can be managed to achieve excellence. Management information systems provide the managers with adequate information about internal and external events of an organization to effective decision making.

This is a system where external resources are acquired and converted into goods and services then sent back to customers for purchasing. And the cycle carries on. This system is considered as an open system. Organizations which use a closed system are likely to experience entropy, the tendency of a system to lose its ability to control itself and thus to dissolve and collapse.

It discloses that there is no best way to organize therefore characteristics of the environment affect an organization’s ability to obtain resources.

Above describes the differences between the structures. In conclusion managers in a Mechanistic structure can obtain inputs at a lower cost preferably in a stable environment and managers in an organic environment can react more quickly in a rapidly changing environment. These contributions constructed the foundation of modern management theories. 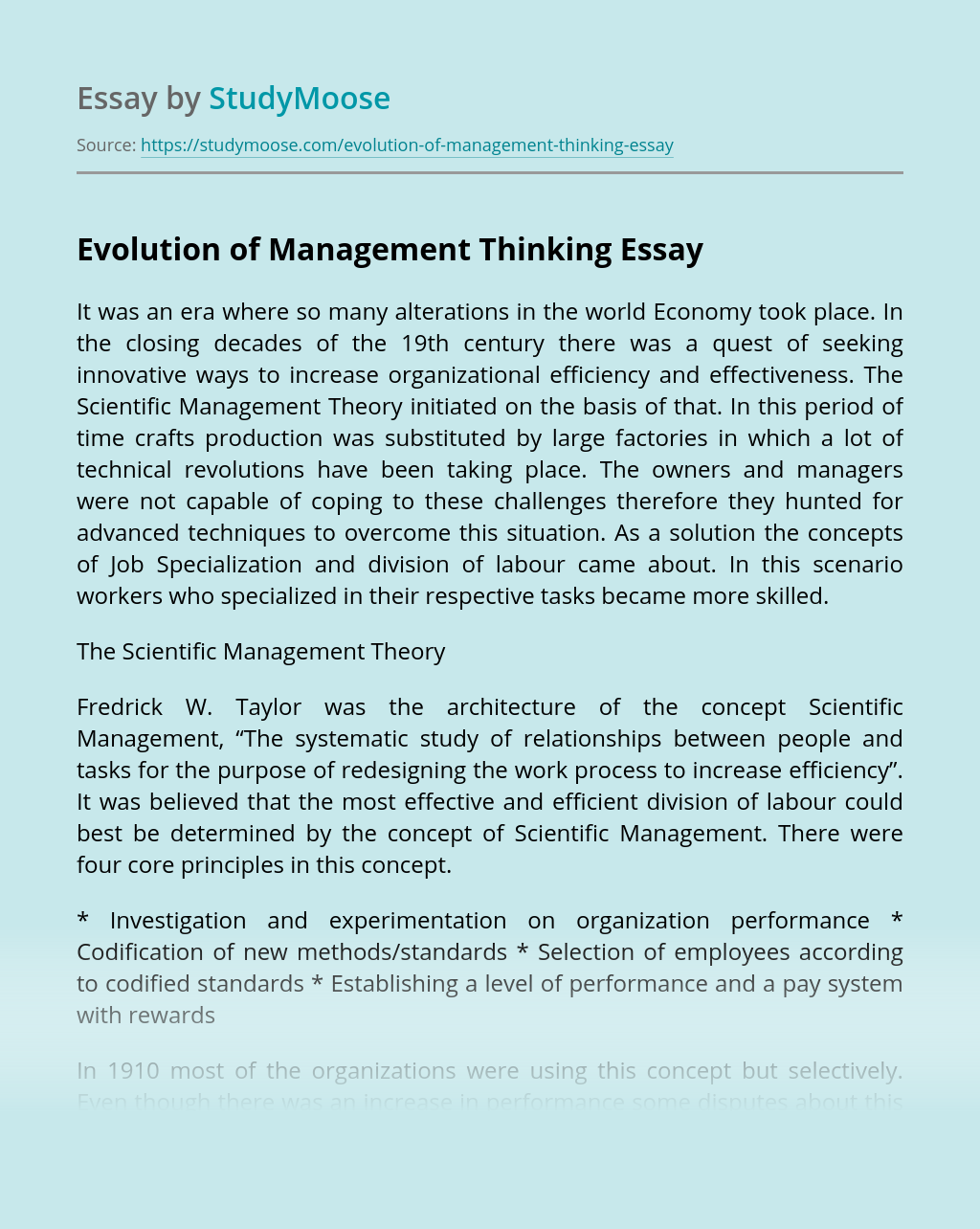 The secret of the team’s success is their faith to God. Their coach and the team itself seems to be hopeless and almost to give up, but their coach make a stand and seek God, His revelations and His sovereignty in their situation. Our events team almost has the same situation. We seem to be... VIEW ESSAY

There has been an increase in catastrophes in the world as displayed in the current past. Because time immemorial, disasters have been understood to occur causing emergency circumstances in lots of parts of the world. As an outcome of catastrophes, there is death, destruction of residential or commercial properties worth million of shillings, mass displacement... VIEW ESSAY

Marketing objectives The market for home-wares in Brisbane is estimated last year at $175 million per annum with an anticipated growth rate of the percent in the coming year. Here I outline the following marketing objectives: 12% market share (up from 11%) Increase in sales by 8.5% over last year’s result No expansion stores are... VIEW ESSAY

My second long-term goal is an academic goal. My academic goal is to graduate from the University of Central Florida with a bachelor’s degree in Early Childhood Education. This academic goal of mine is very important to me because I want to be a teacher. I have always wanted to become a teacher since I... VIEW ESSAY