imagery
“We are . . . the sheep of his pasture”
metaphor
Something _______ is not able to be perceived by the senses.
abstract
Something _______ can be perceived by one or more of the five senses.
concrete
To _______something or someone is to give it lasting fame.
immortalize
A(n) _____ is a figure of speech which compares two dissimilar things.
conceit
All the Elizabethan songs were decorative and elaborate.
false
All sonnets have the same rhyme scheme.
false
The sonnet, as a definite form of poetry, originated in Italy.
true
A sonnet has a ______ thought where the rhyme scheme changes.
turn
No English version of the Bible existed before the King James Version.
false
Phoebus Apollo is the sun-god of Greek mythology.
true
addresses his sonnets to Stella
sidney
bases his sonnets on a love for his future wife
Spenser
bases his sonnets on religious thought
Donne
addresses some of his sonnets to a “Dark Lady”
Shakespeare
All sonnets contain _____ lines.
Top Experts 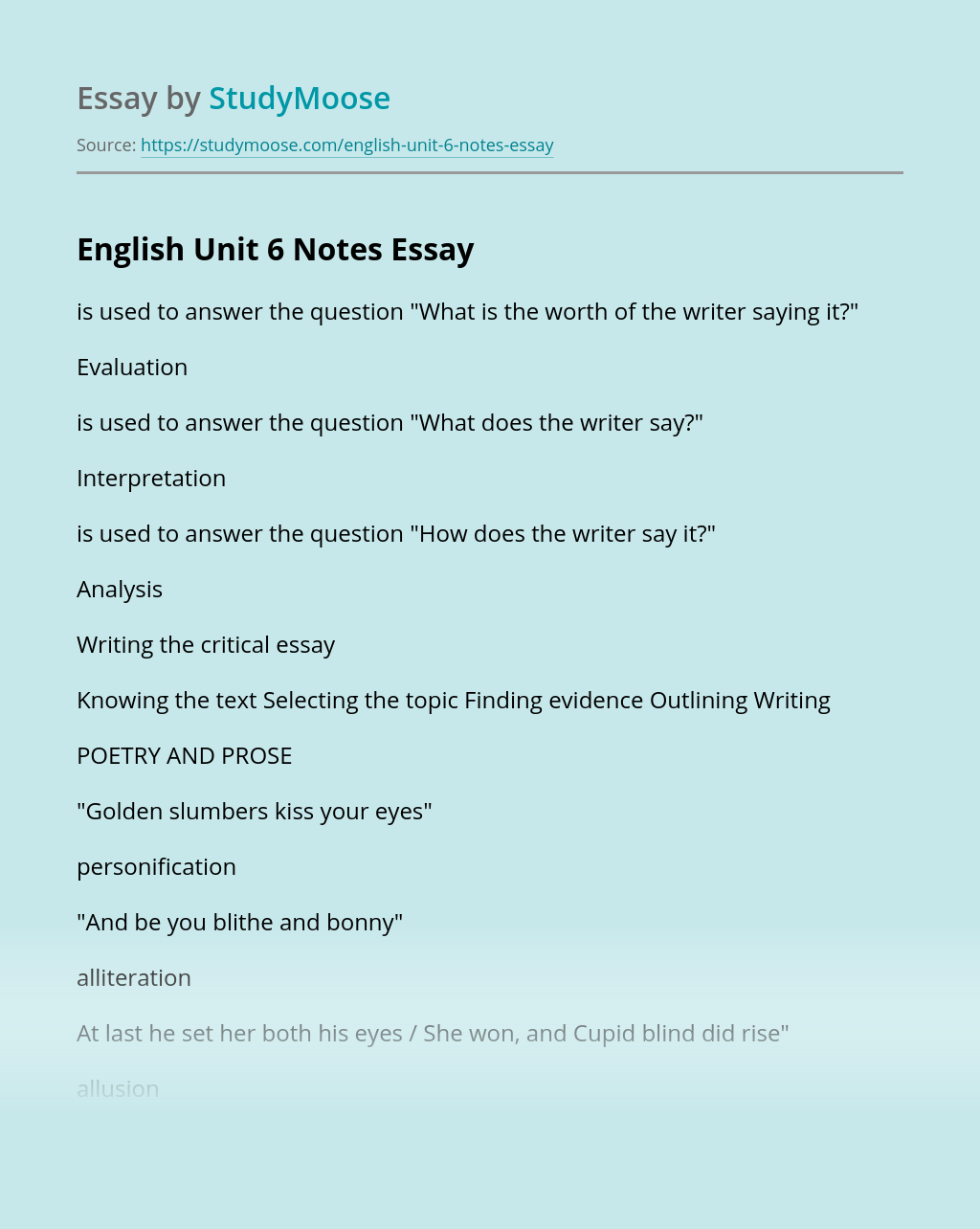