Watching television is an experience shared by most adults and children. But the problem is that watching television for long periods of time has many bad effects. The purpose of this essay is to persuade the reader that people shouldn’t watch too much television. The first reason why people shouldn’t watch television for long periods of time is that it makes people waste time that could be used in more beneficial activities. This wasted time could be used to make useful activities like exercising, interacting with friends and family, and reading.

Don't use plagiarized sources. Get your custom essay on
“ Effects OF Watching Too Much Television ”
Get custom paper
NEW! smart matching with writer

The second reason is that the content of many television programs is not educational. Movies and series nowadays have lots of violence, sex, and drugs scenes.

This tendency has very dangerous impact on children because they grow up with the idea of a world where problems can only be solved with money and violence and where wars are inevitable. The third reason is that watching television increases the audience desire in eating which causes obesity.

Because they always sit in front of the screen and they forget to do physical exercises. After the invention of television on 1923, it is found that the rate of obesity, heart attacks, and eyesight problems is increasing. According to a new study, watching television too much increases the risk of dying at an earlier age, especially from heart disease. This research says that every hour you spend in front of the television increases the risk of dying from heart disease by 18 percent and increases the overall risk of death by 11 percent.

However this doesn’t mean that we should ban television, but if we are going to watch it, we should do it with moderation.

Effects OF Watching Too Much Television. (2016, Aug 17). Retrieved from https://studymoose.com/effects-of-watching-too-much-television-essay 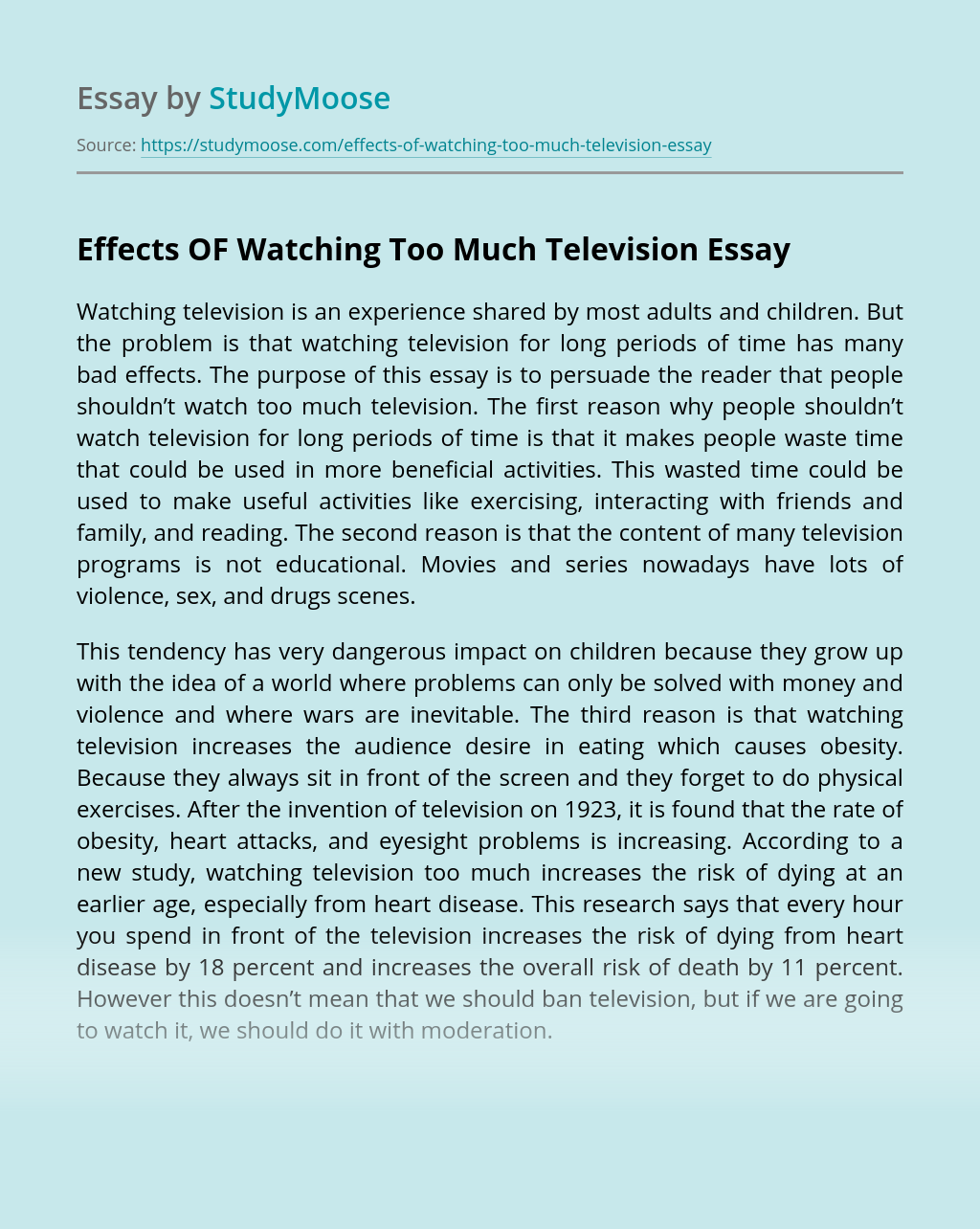