Don't use plagiarized sources. Get your custom essay on
“ Effect of thickness and substrate temperature (Autosaved) ”
Get custom paper
NEW! smart matching with writer

Urbach energy gaps of polycrystalline films increase with the increase of Ts and thickness. On the other hand, optical constants such as absorption coefficient, refractive index and extinction coefficient as a function of photon energy or wavelength of all films were calculated. Single-oscillator Wemple and DiDomenico model (WDD) was used to determine oscillator energy (E—), dispersion energy (Ed), and the ratio of free carrier concentration to electron effective mass (N/m*). Moreover, static refractive index (n—), high frequency dielectric constant at infinite wavelength (µ€ћ) and lattice dielectric constant (µL) can be obtained.

The effect of thickness and (Ts) on electrical conductivity at room temperature was investigated. The conductivity () decreases with increasing both substrate temperatures and thickness. Key words: polycrystalline CuIn(SexS1-x)2 thin films, substrate temperature, Thickness, Optical properties, Electrical conductivity.Introduction Chalcopyrite semiconductors display a possibility of obtaining absorber materials of demanded properties which can be used in production of low cost solar cells with high efficiency [1]. Because of the optoelectronic properties and good stability which makes them suitable for photovoltaic and optoelectronic device applications, thin films of copper based chalcopyrite materials are attractive for many researchers. 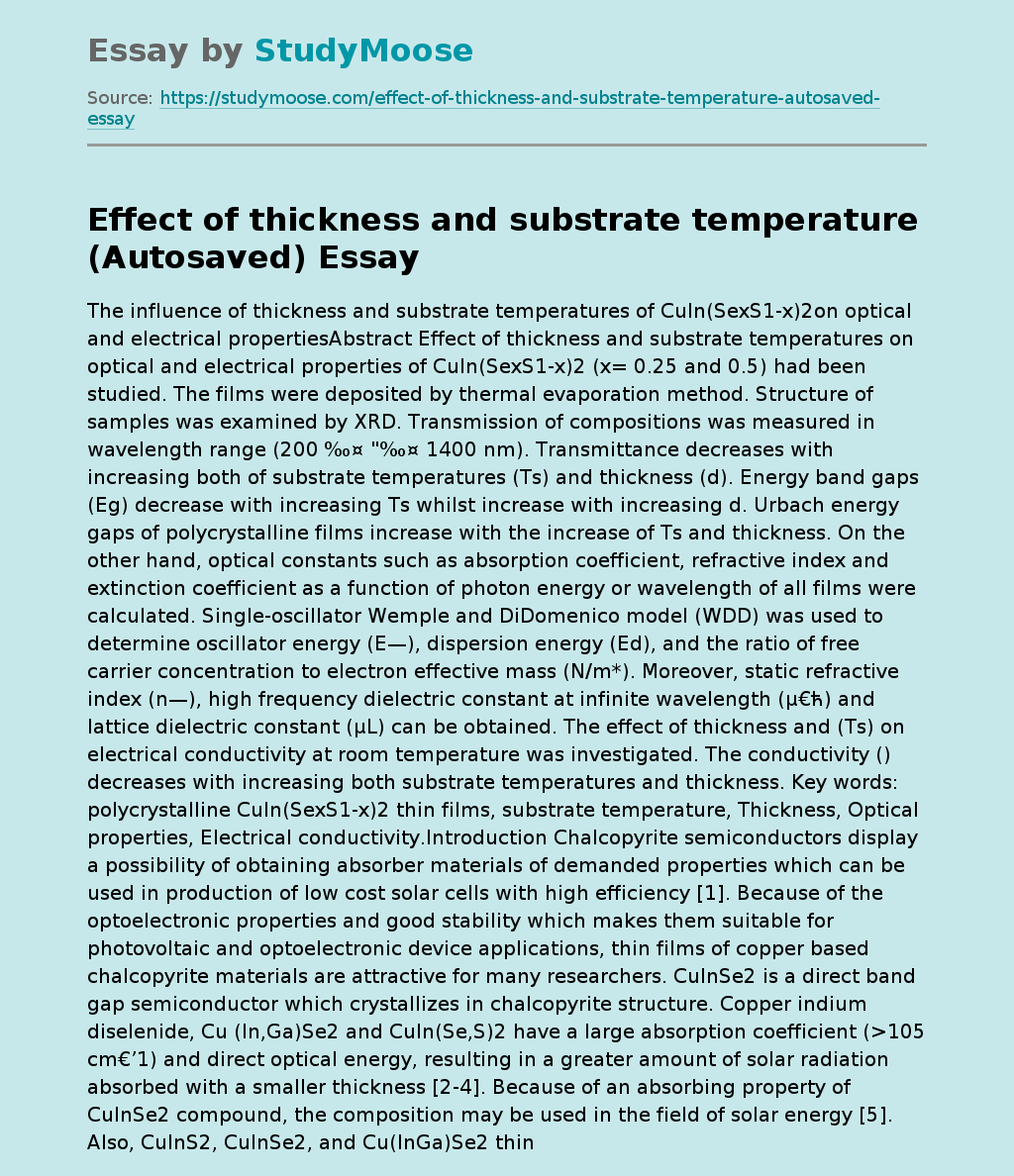