According to the Doctrine or Respondeat Superior, the employer may be held responsible for the actions of his/her employee, who commits a tort within the course of his/her employment even if the tort or error is an outright disobedience of the instructions of the employer. The person in a superior position would be held responsible for the action. The justification for the Respondent Superior Doctrine is that the employer has to pay something for increasing the extent of the business (as the employee cannot be held personally liable for professional actions).

Don't use plagiarized sources. Get your custom essay on
“ Doctrine of Respondeat Superior ”
Get custom paper
NEW! smart matching with writer

Respondent Doctrine is a type of vicarious liability, and often depends on the evidence of wrongdoing of the employee during the course of employment. Usually, if it is found that the employee is liable, then the employer would be held liable for the actions of the employee, except in the case of willful neglect by the employee, which may not be concerned with the performance of any actions regarding employment (Eberly, 2010).

In this particular case, the grocery store employee had to take the customer to the hospital as she went into labor in the store. However, on the way, he ran over Melnick’s dog and Melnick in turn held the employer responsible for the loss of his dog. 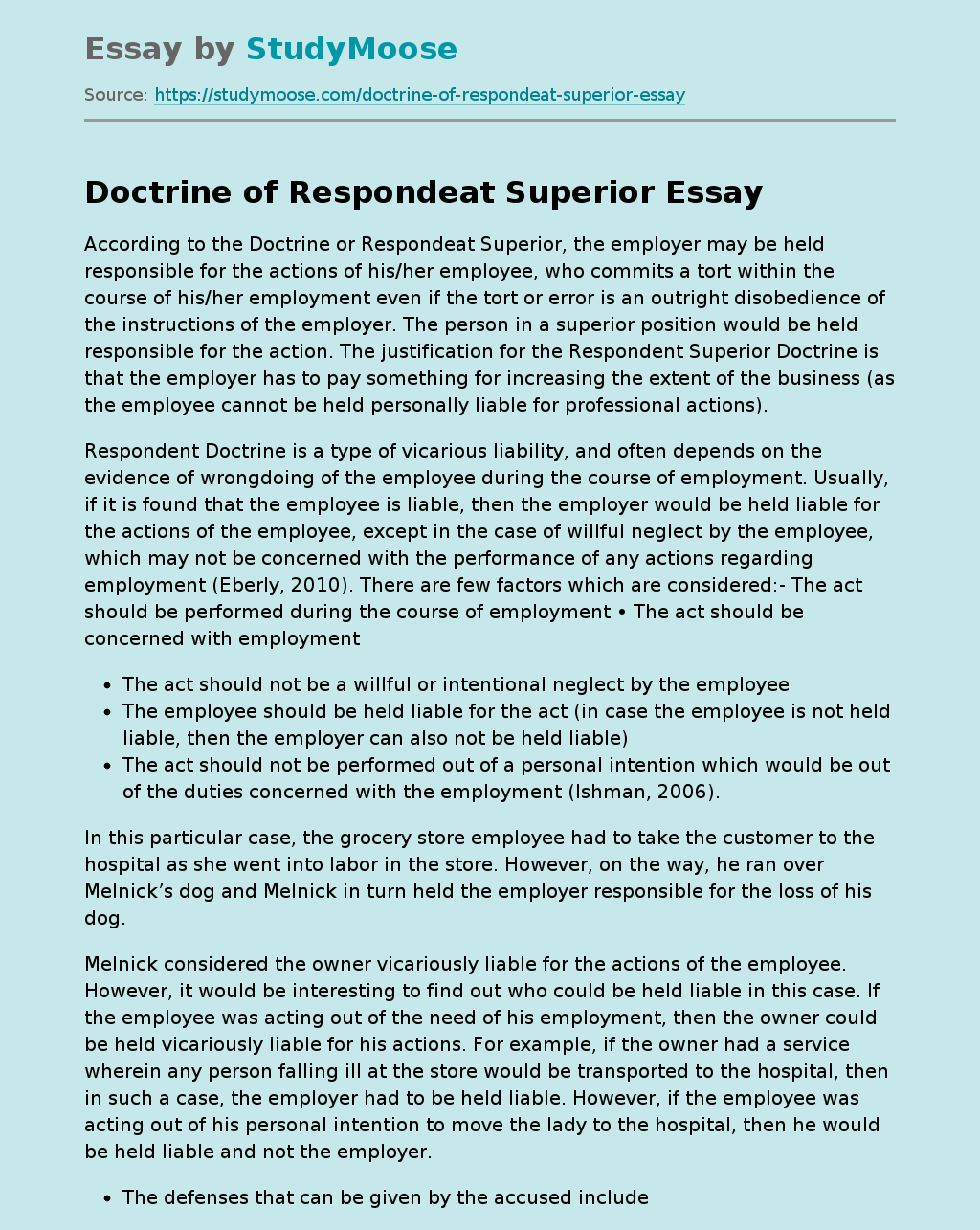