Essay On The American Dream In Death Of A Salesman Thesis

A thorough review of Arthur Miller’s play “Death of a Salesman” including plot and character analysis.

Death Of A Salesman The play “Death Of A Salesman” , the brainchild of Arthur Miller was transformed and fitted to the movie screen in the year 1986. The play itself is set in the house of Willy Loman, and tells the melancholy story of a salesman whom is in deep financial trouble, and the only remedy for the situation is to commit suicide. In the stage production of this tale, the specific lighting, set, and musical designs really give the story a strong undertow of depression.

Don't use plagiarized sources. Get your custom essay on
“ Essay On The American Dream In Death Of A Salesman Thesis ”
Get custom paper
NEW! smart matching with writer

And logically the screen and stage productions both differ greatly in regards to the mood they set. Moreover the movie production can do many things that just cannot be done on stage, with reference to the setting of course. To generalize, the play gives us a good hard look at the great American Dream failing miserably. However the combination of both the stage and screen productions accurately depict the shortcomings of the capitalist society.

Death of a Salesman specifically focuses on four characters, the first being the main character Willy Loman, his wife Linda, and their two sons Hap and Biff Loman. As mentioned, the focal point of this play is Willy Loman, a salesman in his early sixties. Throughout the story we are told the hard life, emotions and triumphs of Willy the salesman. Early in the play we learn that he has recently been demoted to working for commission, which later in the play,(on par with his luck) translates into Willy getting fired.

Essay On The American Dream In Death Of A Salesman Thesis. (2020, Jun 01). Retrieved from http://studymoose.com/death-of-a-salesman-2-new-essay 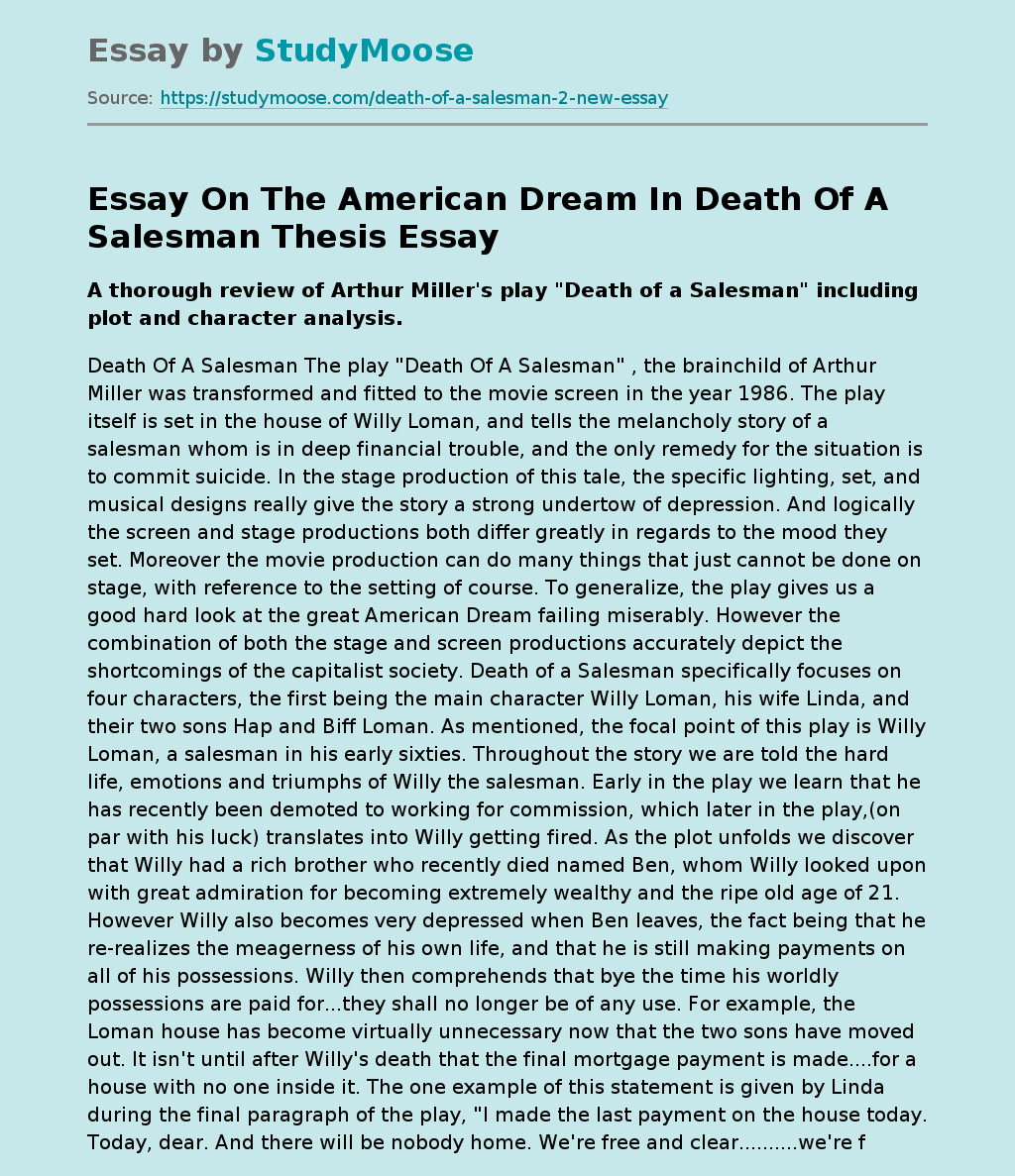