DBQ on differences in Han and Roman attitudes towards technology

Turn in your highest-quality paper
Get a qualified writer to help you with
“ DBQ on differences in Han and Roman attitudes towards technology ”
Get high-quality paper
NEW! AI matching with writer

In document 3, it talks about the technology and how its improved.

In document 4, it talks about Tu shih and how he loved the common people and wished to save their labor. It talks about the water-powered blowing-engine and how it helped the common people, showing how the Han wanted the technology to help the common people. In documents 5,6,7, and 8 the all had a negative attitude towards technology was that it was of little importance and didn’t relate to the upper classes so it was therefore of less importance. Keep in mind before that all these documents are written by upper Roman officials and leaders, therefore losing the voice of the lower classes and how they felt about technology.

In document 5, it shows a negative attitude towards technology and says that the craftsmen’s occupations are vulgar and unbecoming.

In document 6, it talks about how a Roman political leader in the second-century B.C.E and how he was anxious about road building, and paying attention to detail, and the person who wrote the passage was a high official from the first century C.E. In document 7, an upper-class Roman philosopher talks about how he doesn’t care about what inventions came first and that they were invented by people with a nimble and sharp mind, but not great or elevated, showing how they thought that using technology was beneath them.

DBQ on differences in Han and Roman attitudes towards technology. (2016, May 27). Retrieved from https://studymoose.com/dbq-on-differences-in-han-and-roman-attitudes-towards-technology-essay 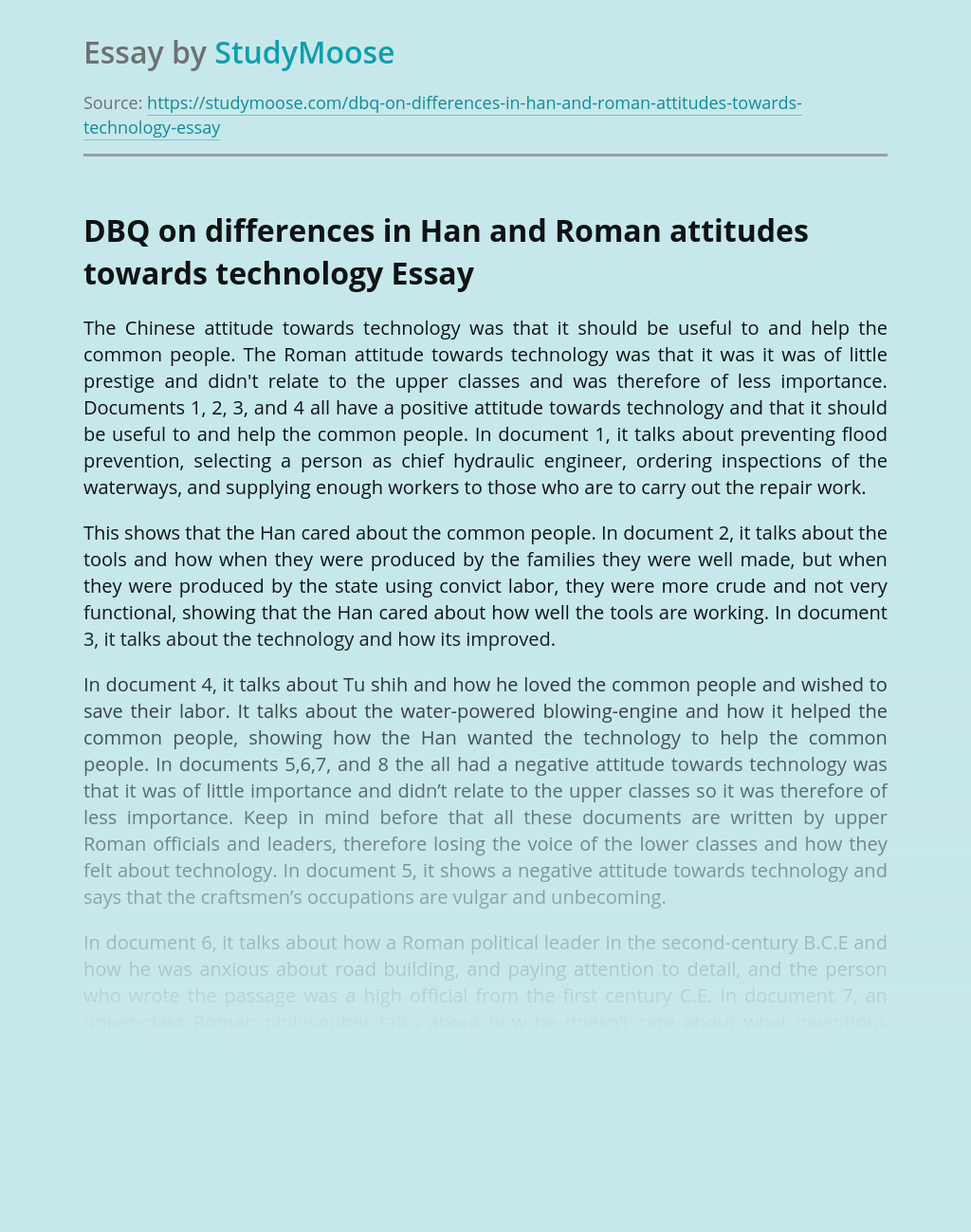 Turn in your highest-quality paper
Get a qualified writer to help you with
“ DBQ on differences in Han and Roman attitudes towards technology ”
Get high-quality paper
Helping students since 2015
Stay Safe, Stay Original