Cultural Changes and Continuities in the Mediterranean

Throughout history, the Mediterranean has offered a vast amount of political transformations leading to both cultural continuities and variances. One of the main political changes that occurred in this area was the fall of the Roman Empire and the rise of the Byzantine Empire, which took place from around 200 C.E to 1000 C.E. While these empires consisted of roughly the same culture, they had different political structures which led to some differences. Other alterations that came up were the rise of Islam and the invasion of Germanic tribes.

Don't use plagiarized sources. Get your custom essay on
“ Cultural Changes and Continuities in the Mediterranean ”
Get custom paper
NEW! smart matching with writer

This led to cultural diffusion in the Mediterranean and had many effects on the cultures of this area.

Many relate the fall of the Roman Empire to it being split in half in 330 C.E; however, the Roman Empire officially fell in 476 C.E. when Germanic tribes overthrew the Western half of the empire. The Eastern half went on to be known as the Byzantine Empire which already had its own capitol, Constantinople, and its own emperor.

A prominent change in the culture of the Mediterranean was the rise of Islam. It spread rapidly throughout the Mediterranean region of Africa, which had beforehand been a variety of religions. Although Islam was not very prevalent in most of the European Mediterranean, it did make the crossover in 711 C.E. to Spain. Before this Spain had been Christian and there were still Christians in the area, it was just that Muslims were more prevalent.

In conclusion, the political transformations that occurred from 200-1000 C.E. throughout the Mediterranean region, influenced the culture of some Germanic Tribes, the Byzantines, and some Muslim groups, affecting the entire coastal area.

Cultural Changes and Continuities in the Mediterranean. (2016, May 10). Retrieved from http://studymoose.com/cultural-changes-and-continuities-in-the-mediterranean-essay 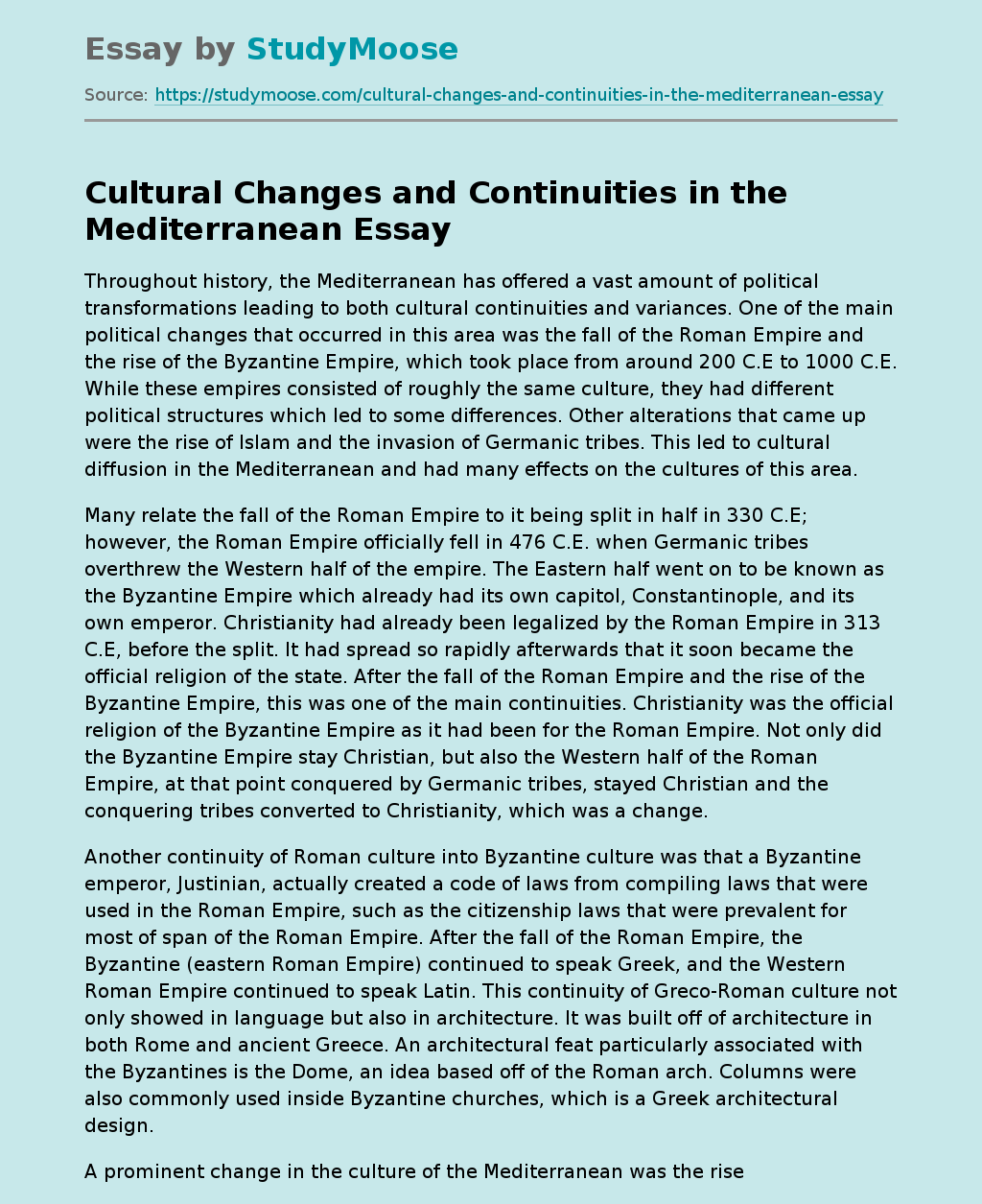