CDKs (cyclin dependent kinases) are group of enzymes that can modify various protein molecules that are involved in regulating cell cycle. The main job for the CDKs is to phosphorylate their substrates by transferring phosphate groups from ATP to specific stretches of amino acids in the substrates. Other than regulating cell cycle they are also involved in regulating transcription, differentiation of nerve cells and mRNA processing. CDKs differs as per different cells and molecular weight varies from 34 to 40 kDa. CDKs require the presence of cyclins to become active.

Cyclins are a family of proteins that exhibit no enzymatic activity by their own but get activated when CDKs bind to them. CDKs phosphorylates at specific substrates i.e. serine and threonine that’s why known as serine-threonine kinases. Correct phosphorylation depends on the action of other kinases and a second class of enzymes called phosphatases that are responsible for removing phosphate groups from proteins. There are 5 types of cyclins i.e. cyclin A, cyclin B, cyclin C, cyclin D, cyclin E and they perform their function in cell cycle regulation.

If there is damaged DNA, p53 halts the cell cycle and recruit’s enzymes to repair the DNA. If the DNA cannot be repaired, p53 can trigger apoptosis to prevent the duplication of damaged chromosomes. As p53 levels rise, the production of p21 is triggered. p21 enforces the halt in the cycle dictated by p53 by binding to and inhibiting the activity of the Cdk/cyclin complexes. Rb exerts its regulatory influence on other positive regulator proteins. Rb monitors cell size. In the active, dephosphorylated state, Rb binds to E2F. Transcription factors “turn on” specific genes, allowing the production of proteins encoded by that gene. When Rb is bound to E2F, production of proteins necessary for the G1/S transition is blocked. As the cell increases in size, Rb is slowly phosphorylated until it becomes inactivated. Rb releases E2F, which can now turn on the gene that produces the transition protein and this particular block is removed. For the cell to move past each of the checkpoints, all positive regulators must be “turned on” and all negative regulators must be “turned off.” 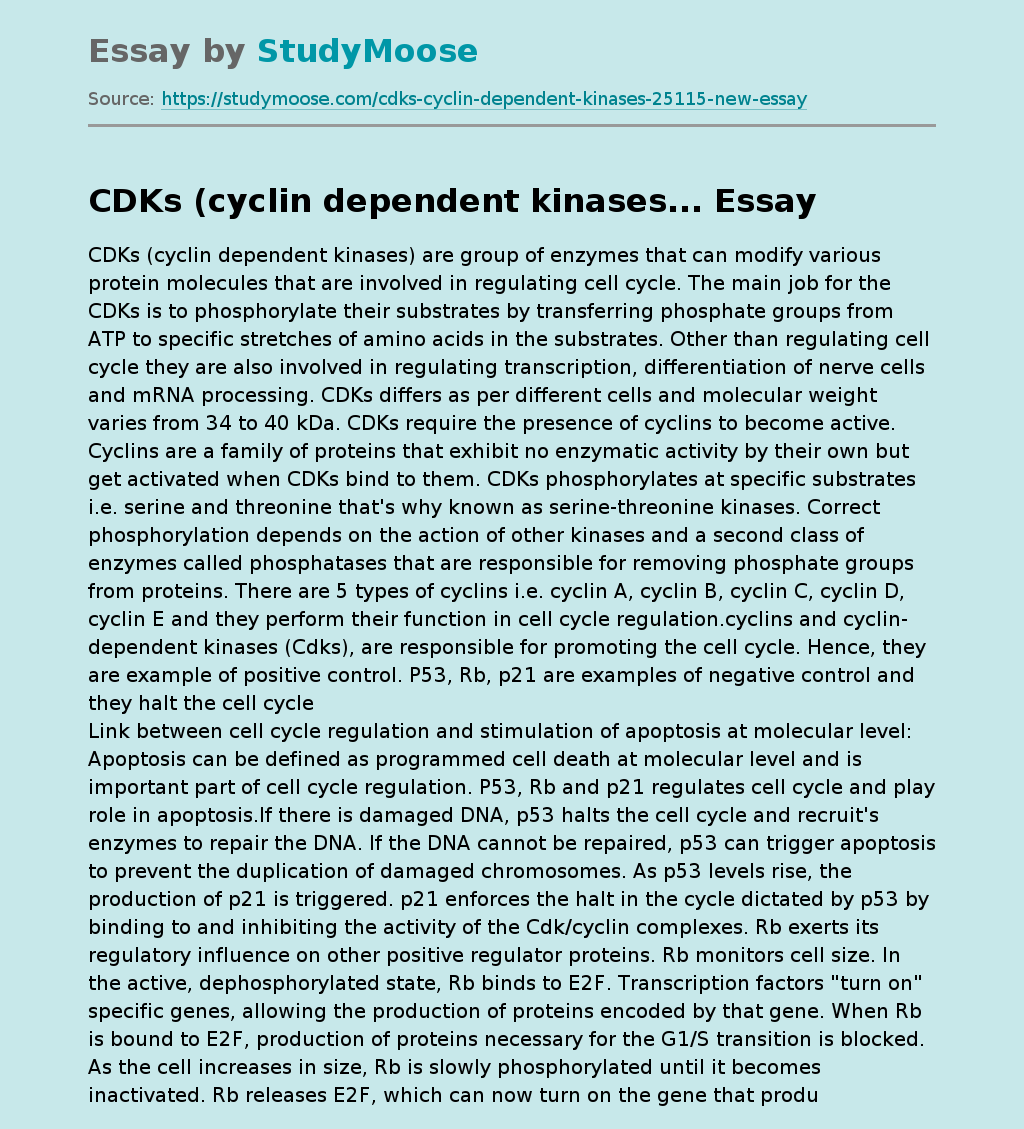