What were the economical, social and political consequences which resulted from the changeover of tobacco to sugarcane in the 17th Century?’

•What is the sugar revolution?

The need for economic stability as well as potential growth in the French and eastern Caribbean islands led to what was best termed as the Sugar Revolution.

Turn in your highest-quality paper
Get a qualified writer to help you with
“ Caribbean Economy and Slavery ”
Get high-quality paper
NEW! AI matching with writer

The ‘Sugar Revolution’ was referred to as such due to the changes and consequences which were far reaching and rapid. This sugar revolution was the change from tobacco to sugar cane in the mid to late 17th century in the French and English Caribbean islands where monoculture was a rule.

This revolution did not only just change sugar instead of tobacco to the chief crop; the population changed from white to black; the size of landholdings changed; and eventually the West Indies became ‘the cockpit of Europe’, thus these changes were just as equally revolutionary.

The list of changes the sugar revolution brought was in surplus or inexhaustible for that matter. However, these inexhaustible changes can be best be fit under three broad headings: political economical and social.

This research question was chosen as it not only fascinated me that the eastern Caribbean’s French and English planters’ desire for greater profitability led to the sugar revolution and thus other changes that were equally revolutionary. 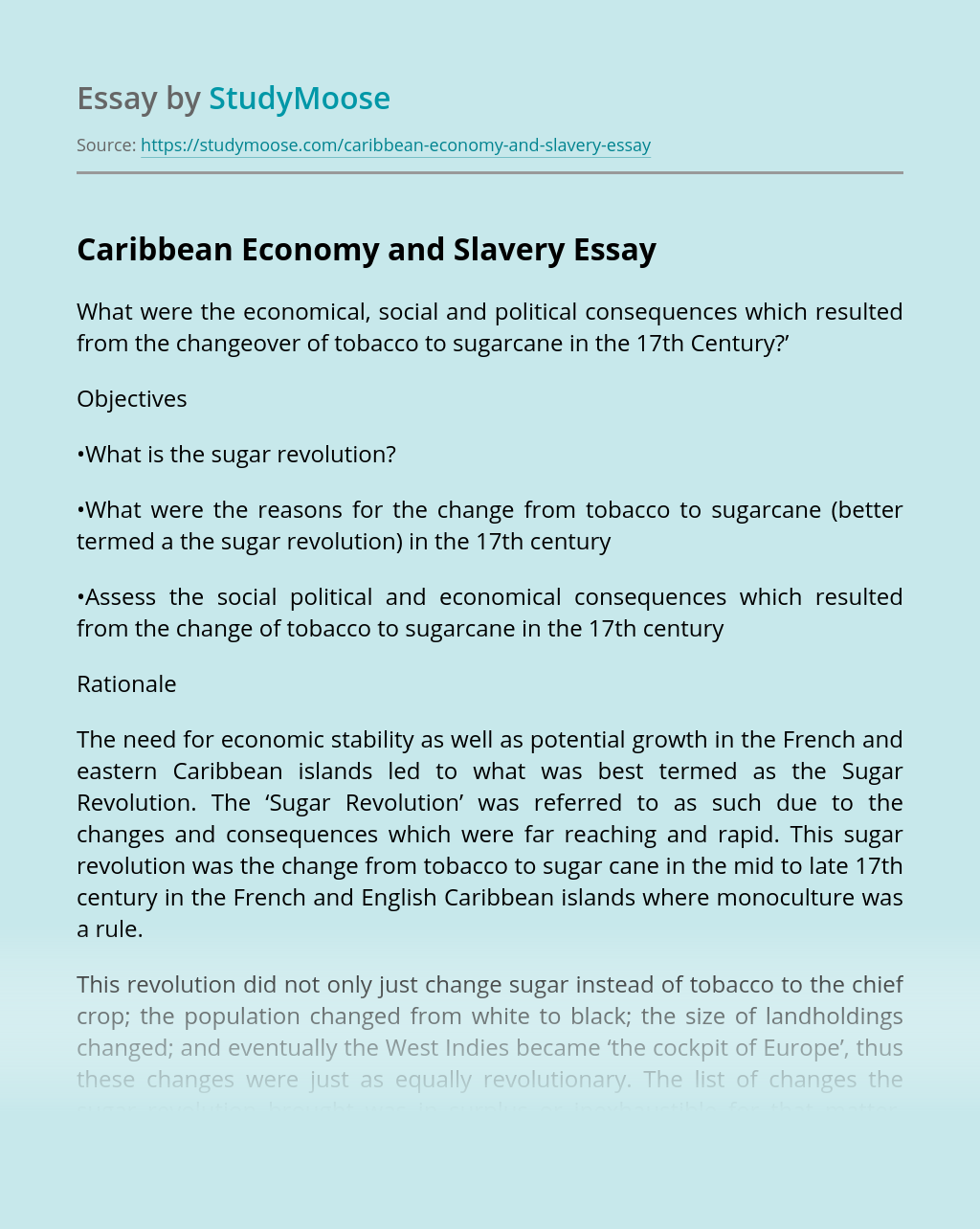 Turn in your highest-quality paper
Get a qualified writer to help you with
“ Caribbean Economy and Slavery ”
Get high-quality paper
Helping students since 2015
Stay Safe, Stay Original