According to this definition, an epic hero is a hero that is on a quest with superhuman powers that displays courage, generosity, and loyalty, they are also one who embodies the values of their community. In the Anglo-Saxon poem, Beowulf is used to expressing the values that Anglo-Saxon had bravery, power, and commitment. Bravery is a trait that every character must have because no one will show any interest in a character who isn’t. Beowulf isn’t a real-life person.

In the poem, Beowulf is the most courageous person of the Anglo-Saxon times. The character Beowulf is a brave individual with all the remarkable traits that are similar to Anglo-Saxon’s character. He is able to utilize his superhuman personal force and bravery to move his people before himself.

Every society has its own character, and each character has some other character traits that make them stand out from the rest. The Anglo-Saxons were powerful and strong people. The Anglo-Saxon society has had an effect on American history for a long time because they are even talked about and they are likely some of the early heroes that have always survived.

Their attitude demonstrated a good deal of courage through their experiences. Beowulf fought many demons and ugly creatures, but he never feared the danger of death. His bravery was shown when he defeats Grendel’s mother. He also showed courage by fighting against the dragon.

Mulan is a Disney character that is a warrior who disguised herself as a man in order to fight for her country and Beowulf is an epic hero who has fought for his people against creatures and monsters. Mulan is a great warrior and is also one of the greatest heroes of all time. She is a strong fighter who fights with courage and determination to defeat the invaders of China. Beowulf has fought many battles and won many battles. They both are great epic heroes who are courageous and purposeful.

In conclusion, Beowulf is an epic hero. The most important characteristic that makes him a great epic hero is his ability to use the supernatural elements in his story. One could get to see this explanation of this idealistic character, and so this outcome and whether he gets any faults within this understanding can be made of him. Beowulf identifies many traits to allow the reader to make their own opinion about him. 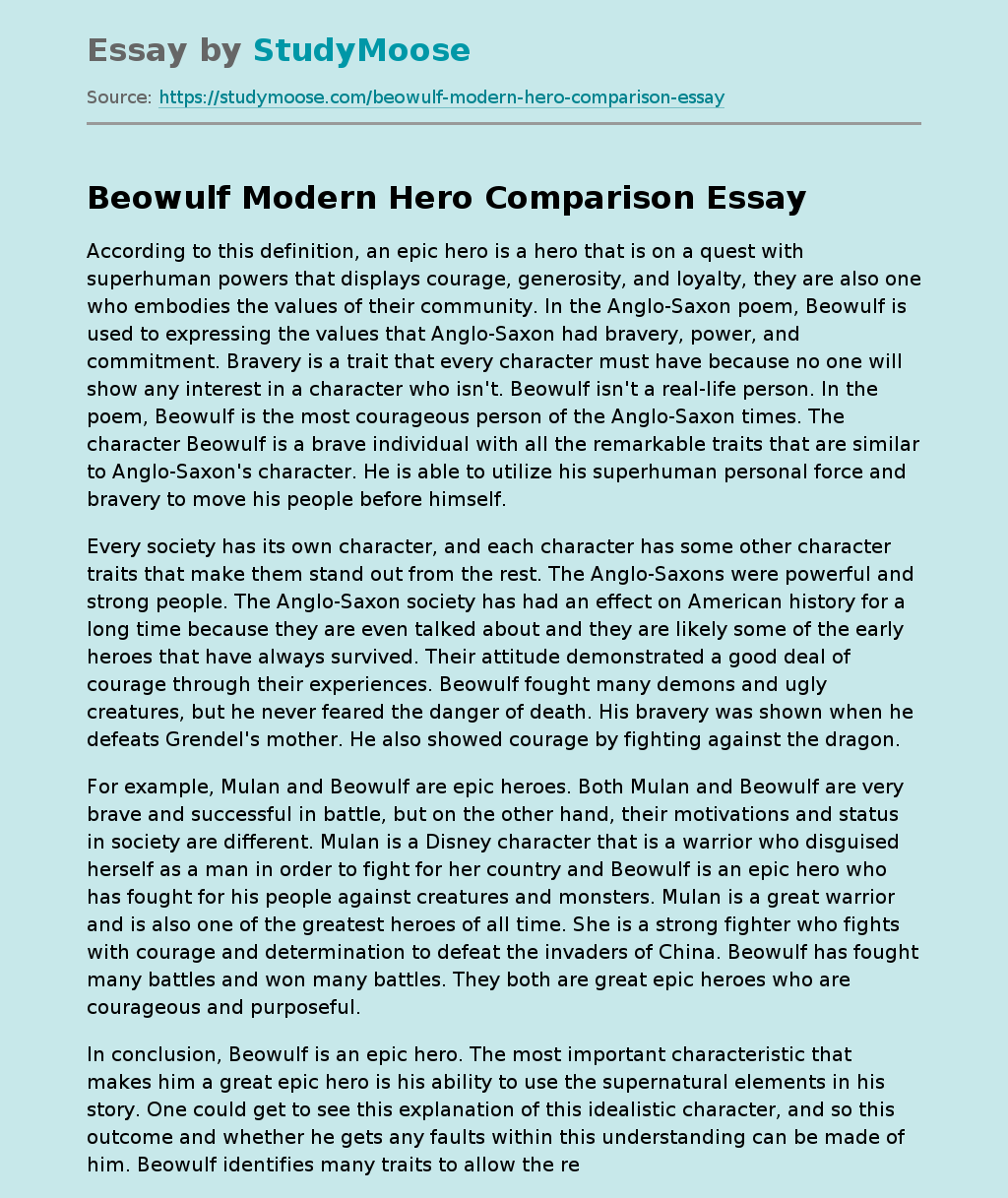