1. If no judicial court of authority, namely the United States Supreme Court, has stricken the 1973 War Powers Act and declared it null and void constitutionally, how is it that the authors of the text book are able to conclude Congress has few, if any, war powers remaining? How can this be? The law is the law, is it not? (Specifically, explain the political phenomenon that has occurred here and has similarly occurred in other legal and constitutional matters allowing the law to be ignored.

Don't use plagiarized sources. Get your custom essay on
“ 1973 War Powers Act ”
Get custom paper
NEW! smart matching with writer

) The authors of this text book are able to conclude that Congress has few, if any, war powers remaining because of historical actions.

For instance, Congress has not declared war since December 1941, yet the US has been involved and engaged in many Military Campaigns since 1941 under the orders of the president. This situation seems to have come about via many different reasons. One of the reasons that this has happened according to our book was that presidents have claimed that they have inherent executive power to defend the nation.

A second reason was that when Truman dispatched American forces to Korea without a congressional declaration, and in the face of the emergency, Congress felt it had to acquiesce, and so passed a resoloution approving the presidents actions. This became the pattern for future congressional-executive relations in the militay realm.

2. Attempting to think as objectively as possible and placing your political partisan beliefs aside (looking at presidents as just that, presidents, as opposed to Democratic or Republican presidents) what does the increase in presidential unilateral military power do to the United States as a nation, for better or worse? (There is no correct answer, yet think through the checks and balances consequences.

) As the sign on President Truman’s desk, “The Buck Stops Here,” presidents throughout the years have adhered to their power as chief executive officer with leagal and constitutional responsiility to ensure that the articles of the Constitution are faithfully executed, along with the power to appoint, remove and supervise all executive officers etc, the president truly is the true CEO of the US. It seems that this power has been taken literally by the presidents dating all the way back to George Washington. The good in this happening is that one chief has say in what happens. 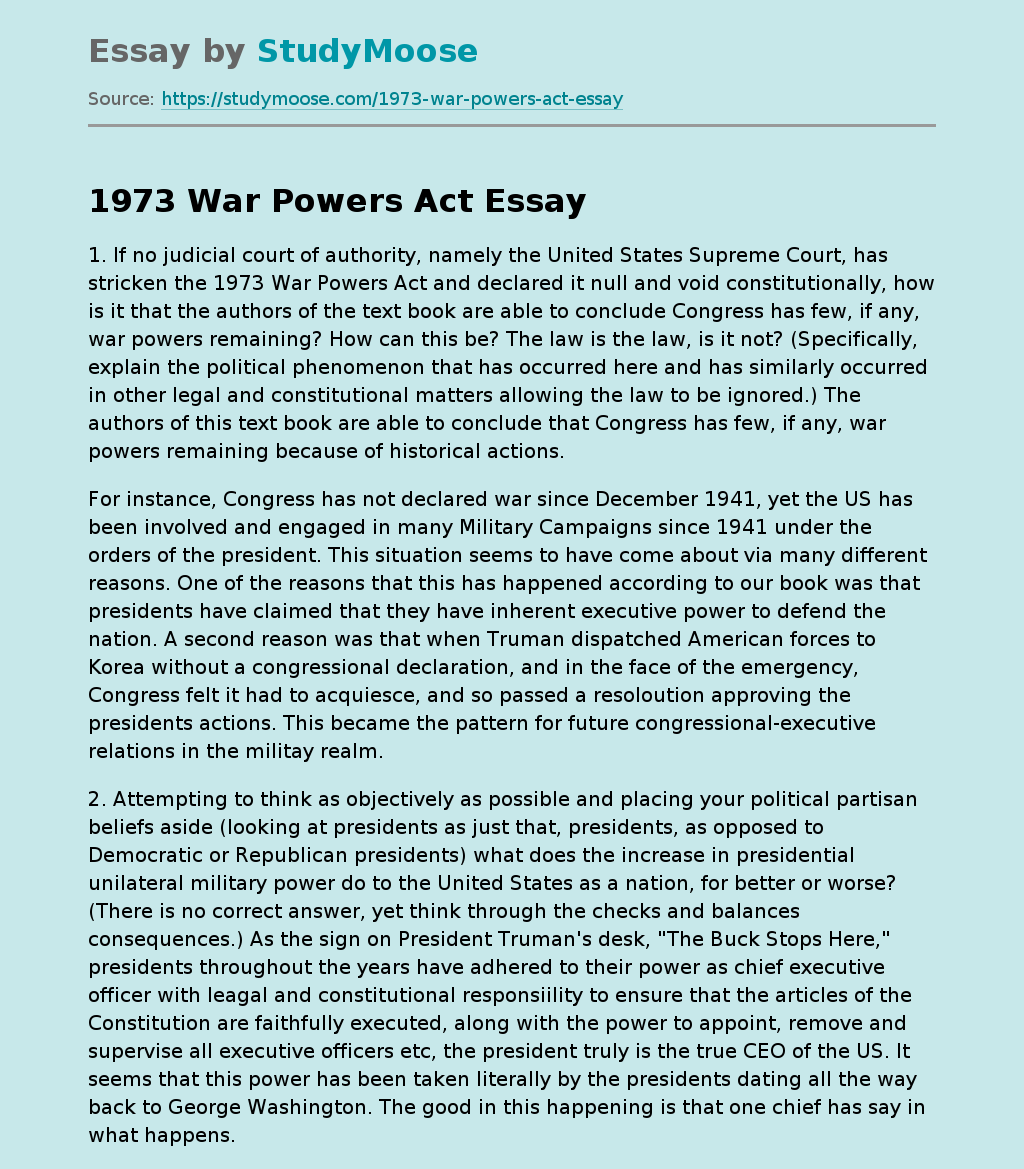