Who I Admire? - Essay

Everyone has their own idol, and for me, the person I admire is the very successful author of the Harry Potter series, J.K Rowling. She has the ability to capture the imagination of so many people of every age, and that is why I admire her. Her books no longer seem like a fantasy, but become real, and people forget that what they are reading is simply a display of her vivid imagination. I was inspired when I read J.

Don't use plagiarized sources. Get your custom essay on
“ Who I Admire? – Essay ”
Get custom paper
NEW! smart matching with writer

K Rowling’s life story, by how she transformed from rags to riches through the invention of Harry Potter.

There are many reasons why I admire J.K Rowling her. To begin with, I admire her for how her stories have developed a whole different world; full of creativity and wonder. She worked extremely hard to achieve her success, and this motivates me to do the same to be successful just like her. She became famous for her writing, and all her hard work finally paid off.

I also admire her because her stories were those that engaged me, and made reading a hobby rather than a chore. J.K. Rowling rescued me from an era of television, and she taught me the joy of reading through her talents.

Another reason I admire J.K Rowling is for all the support and charitable work she has done to help. Firstly, the Harry Potter author donated £10 million to a research centre, who will set up a clinic to treat those with the same disorder her mother died with.

(multiple sclerosis) I admire this because it goes to show that she used her wealth to make a change in the world. This is just the first of how much J.K. Rowling has done to help and support such purposes. Another example of this is where J.K Rowling donated a whole set of signed Harry Potter books, toward helping the Haiti appeal.

Read more: How many words in the entire harry potter series.

I was impressed when I found out J.K Rowling wrote her first book at a very young age. At the age of 6, where most of us are simply learning to read and write, she wrote he first story about a Rabbit called Rabbit, which gets measles and has different friends visiting it. I admire J.K Rowling for telling her life story, as it shows anyone can achieve their dreams if they really want to. In her own Biography, called ‘Rags to Riches’, she talks about

Even after the completion of her first book, success did not come easy. Her work was rejected by many publishers till editor Barry Cunningham from Bloomsbury accepted her writings. It was actually, Cunningham’s eight-year-old daughter who was given the first chapter of Rowling’s book to read. On reading the first one, she demanded the next one, which led to Cunningham’s decision of publishing Rowling’s work. Sometimes, little things lead to huge successes. No one was very sure of the response that Rowling’s writings would get, but a success story had begun!

her autobiography. Through this she revealed how her life began, and how it transformed. I admire this because just like all of us,there were many problems in her life

Recentl’J.K. Rowling’ Description
From her beginnings as a child whose imagination drew her away from her peers into a private world, to her days as an adult with all the burdens of a single mother, J.K. Rowling’s story is a fairy tale. This biography is for all those who want to get closer to the genius that created Harry Potter. 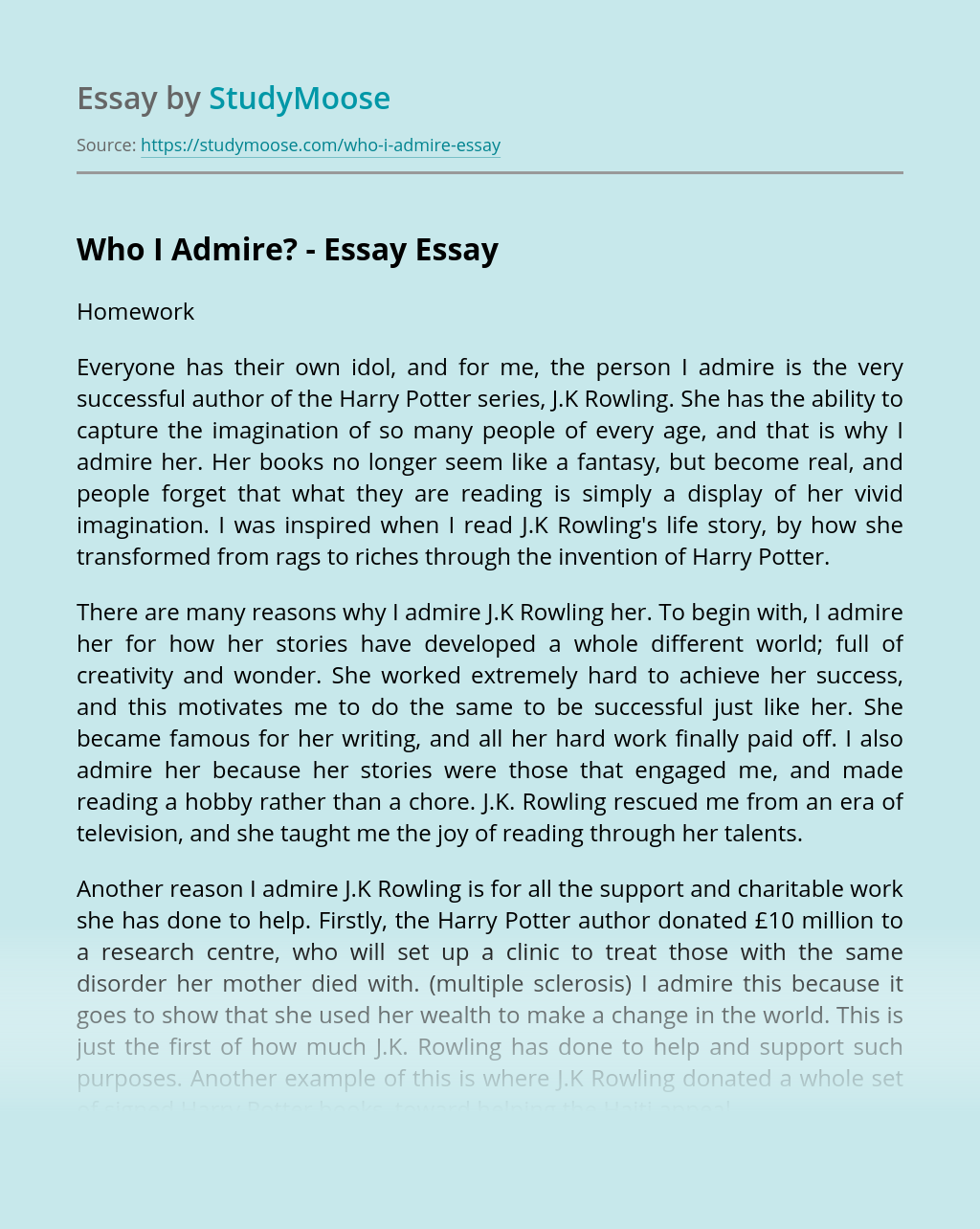