J.K. Rowling’s Magical world of Harry Potter 1.1 J. K. Rowling’s Literary Career and Her Harry Potter BooksThe 2000s saw a steep increase in the acceptability of literature of all types, inspired by the coming-of-age of millions of people who enjoyed the works of writers such as C. S. Lewis, J. R. R. Tolkien, J.K. Rowling and others. Joanne “Jo” Rowling, who writes under the pen name J. K. Rowling, is a British author of the highly successful Harry Potter series of books.

Not once she had told that she had been influenced by these above mentioned writers. J.K. Rowling was born to Peter and Anne Rowling in 1965 at Yate, Gloucestershire, England. Rowling enjoyed writing fantasy stories when she was a child, and she often read them to her sister. In 1990, while she was traveling from Manchester to London, the idea for a story of a young boy attending a school of wizardry came fully formed into her mind.

When she arrived home, she began to write immediately. However, she had to put her writing on hold due to her mother’s terminal illness. She had never told her mother about Harry Potter, but Rowling said her mother’s death heavily affected her writing. Having experienced the loss of a loved parent, she was able to introduce much more detail about Harry’s loss in the first book, as she had the same feelings as the hero. In 1996 she finished Harry Potter and the Philosopher’s Stone, found a literary agent and in 1997 it was published by a small publishing house Bloomsbury. 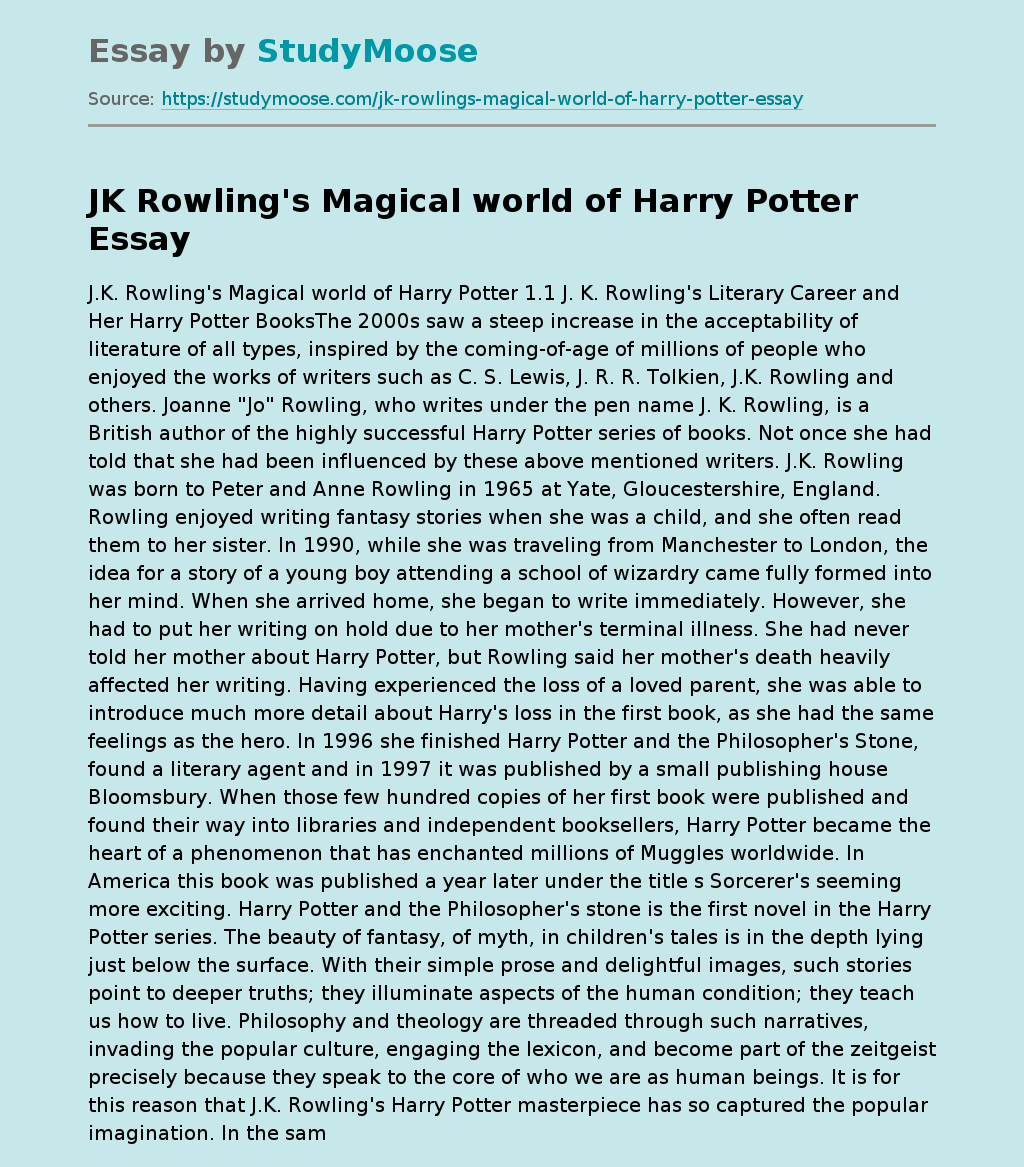