Richard Franke argues that traditional West African cultures invented better adaptations to their environments than were developed later through outside, Western Influences. As is stated in the first page, “the historical record so far suggests strongly that Western policies have been major contributors to the current degraded state of the Sahel that renders its food production systems so vulnerable to shifts in the weather.” (Franke, p. 257) The thought, is that this is because we do not have the historical background or scientific knowledge to do what was envisioned.

Don't use plagiarized sources. Get your custom essay on
“ West African Culture ”
Get custom paper
NEW! smart matching with writer

The relationship between the herder and the farmer is very important and something that you have to be very careful with when trying to find a solution.

Although the current policy, and what is called for in many of the projects, would be to import commercial fertilizer that has been vastly studied , this could cause some problems. If they were to improve the current dogon composting system in place, it would be much more effective and reliable then buying from outsiders.

Importing goods such as fertilizer leaves you subject to the market price which could drastically increase at any given time. This will also take away all control they have over controlling their own resources as they become solely dependent on others.

The question ultimately becomes, how can we use modern science today to get the most from this traditional, nonwestern knowledge? For example; “One of the most persistent proponents of an amalgam of traditional knowledge and modern scientific creativity is French geographer Jean Gallais.

Gallais, who has attempted to draw attention to the importance of the land use system in the nineteenth century Dina, has also advocated its modification to modern conditions, including smaller units of territory to correspond with the greater population density, a new classification of land types with regulation for their use, and new controls over the use of different types of pastures, with local councils to supervise these controls and relate the different regions to each other.” (Franke, p.279)

I believe this was a big step towards figuring out how to compare the two different views to come up with the ultimate solution. While true, the ultimate solution may not exist, and if it does may never be found, both
sides are certainly working very hard to solve what is being seen as a major issue in Africa. It was seen as big enough that in 1977 the Western powers agreed to send $10 billion in aid by the year 2000. 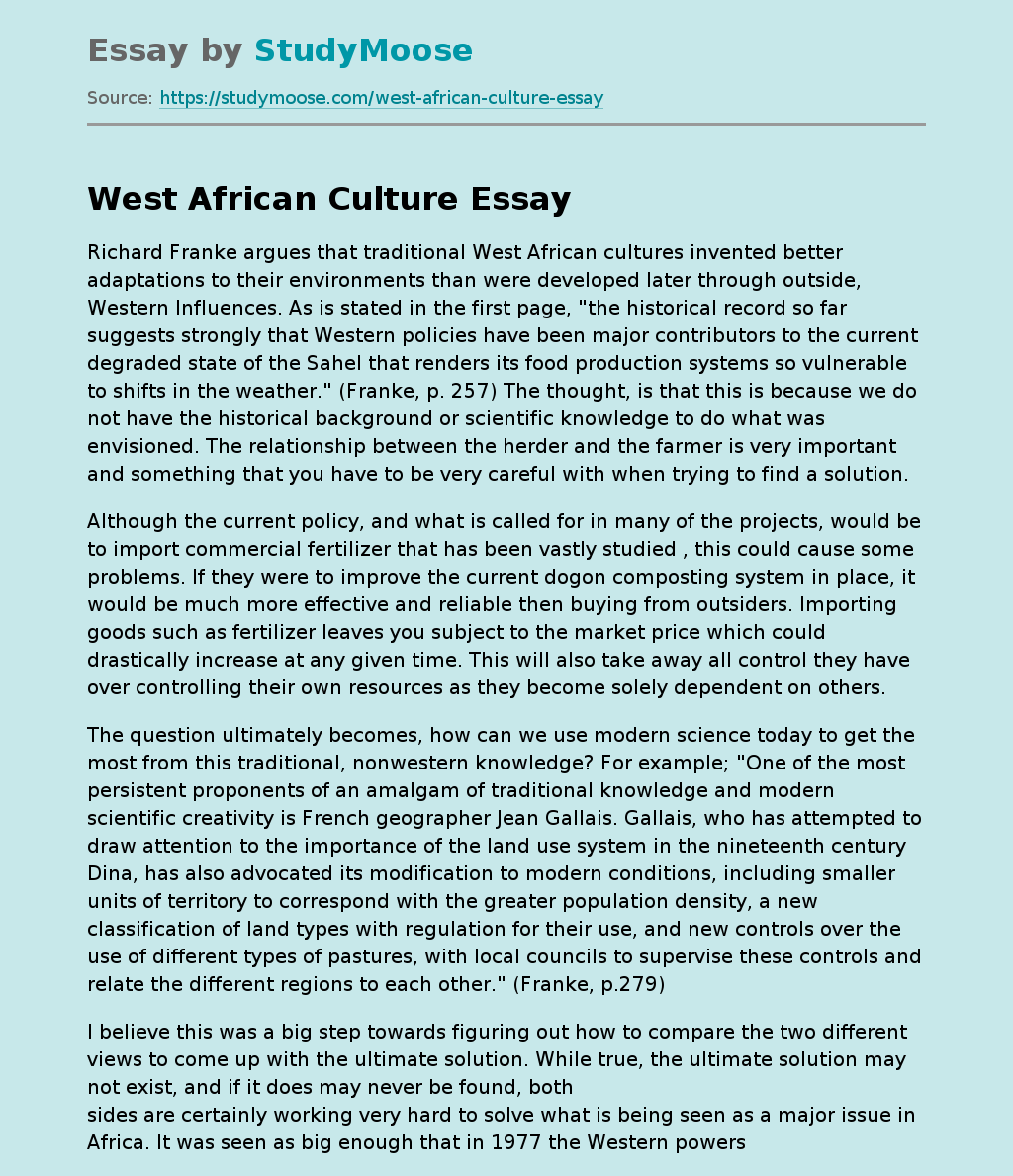