We Shall Fight on the Beaches

Don't use plagiarized sources. Get your custom essay on
“ We Shall Fight on the Beaches ”
Get custom paper
NEW! smart matching with writer

” Against the backdrop of Britain alone, its forces (BEF) evacuated off the beaches of Dunkirk and now facing the prospect of an imminent Invasion from Nazi Germany, on 4th June 1940 Winston Churchill delivered one of the defining speeches of the second world war.

Churchill had taken over as the British Prime Minister on May 10th, eight months after the outbreak of World War II in Europe. He had done so as the head of a multiparty coalition government, which had replaced the previous government as a result of dissatisfaction with the conduct of the war. The British Empire and the French Republic, linked together in their cause and in their need, will defend to the death their native soil, aiding each other like good comrades to the utmost of their strength.

We Shall Fight on the Beaches. (2020, Jun 02). Retrieved from https://studymoose.com/we-shall-fight-on-the-beaches-new-essay 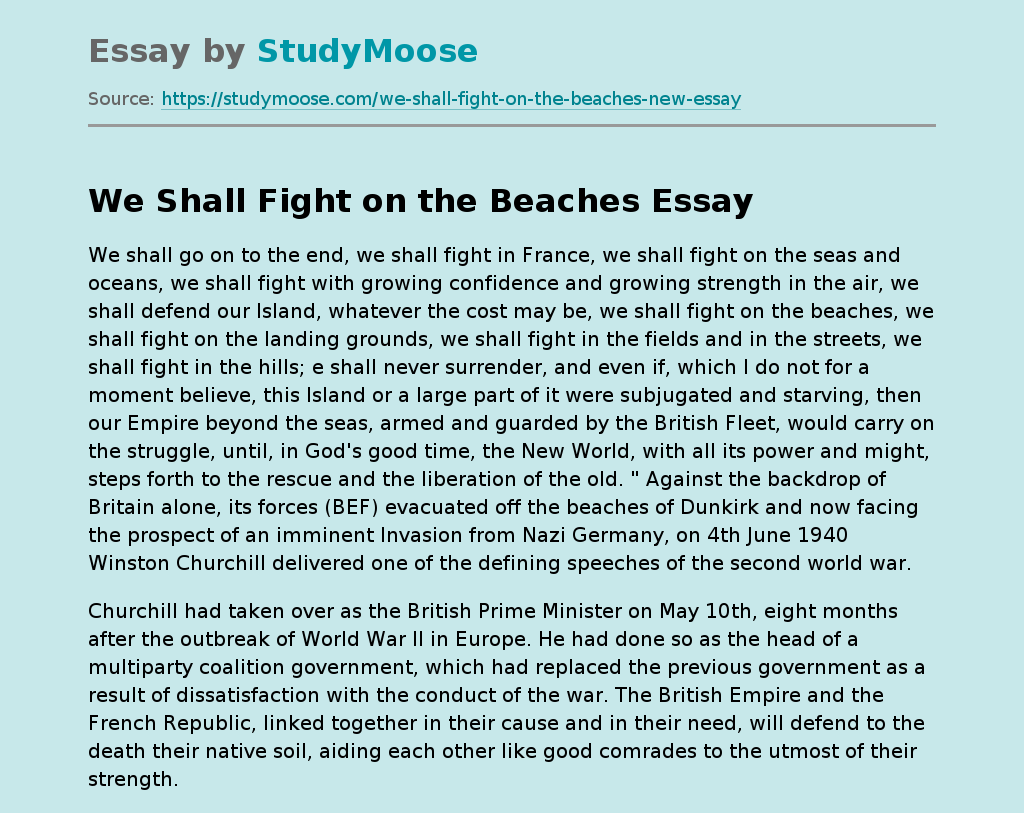