Throughout history, there have been conflicting ideas about the size of populations relative to human wellbeing and whether there is a specific capacity which is optimal. Opinions about the impact of a growing population also vary as while some view a growing population as desirable as it provides the country with greater wealth due to greater output, others believe that population growth is only beneficial up to the optimal point. Whereas, some believe any increase in population will have damaging effects on countries and will ultimately lead to serious problems such as starvation.

Don't use plagiarized sources. Get your custom essay on
“ Throughout history there have been conflicting ideas about the size of populations ”
Get custom paper
NEW! smart matching with writer

Thus, there have been strong contrary views regarding the existence of overpopulation.The Malthusian theory is one of the earliest, most well-known theory exploring the population of a country which considers the relationship between the growth in the supply of food sources and the growth in a country’s population. According to Malthus’s theory, a country is said to be overpopulated if it is at a stage where there are too many people and not a sufficient amount of food available to feed the population.

Malthus states that populations increase geometrically while the food resources available increase only in arithmetic proportions. Therefore, if human population increases in an uncontrolled way without there being any preventive checks, then the number of people in a country would increase at a faster rate than the food supply. Eventually, a point will be reached where the population of a country would reach the limit up to which food sources are able to support it.

Throughout history there have been conflicting ideas about the size of populations. (2019, Aug 20). Retrieved from https://studymoose.com/throughout-history-there-have-been-conflicting-ideas-about-the-size-of-populations-essay 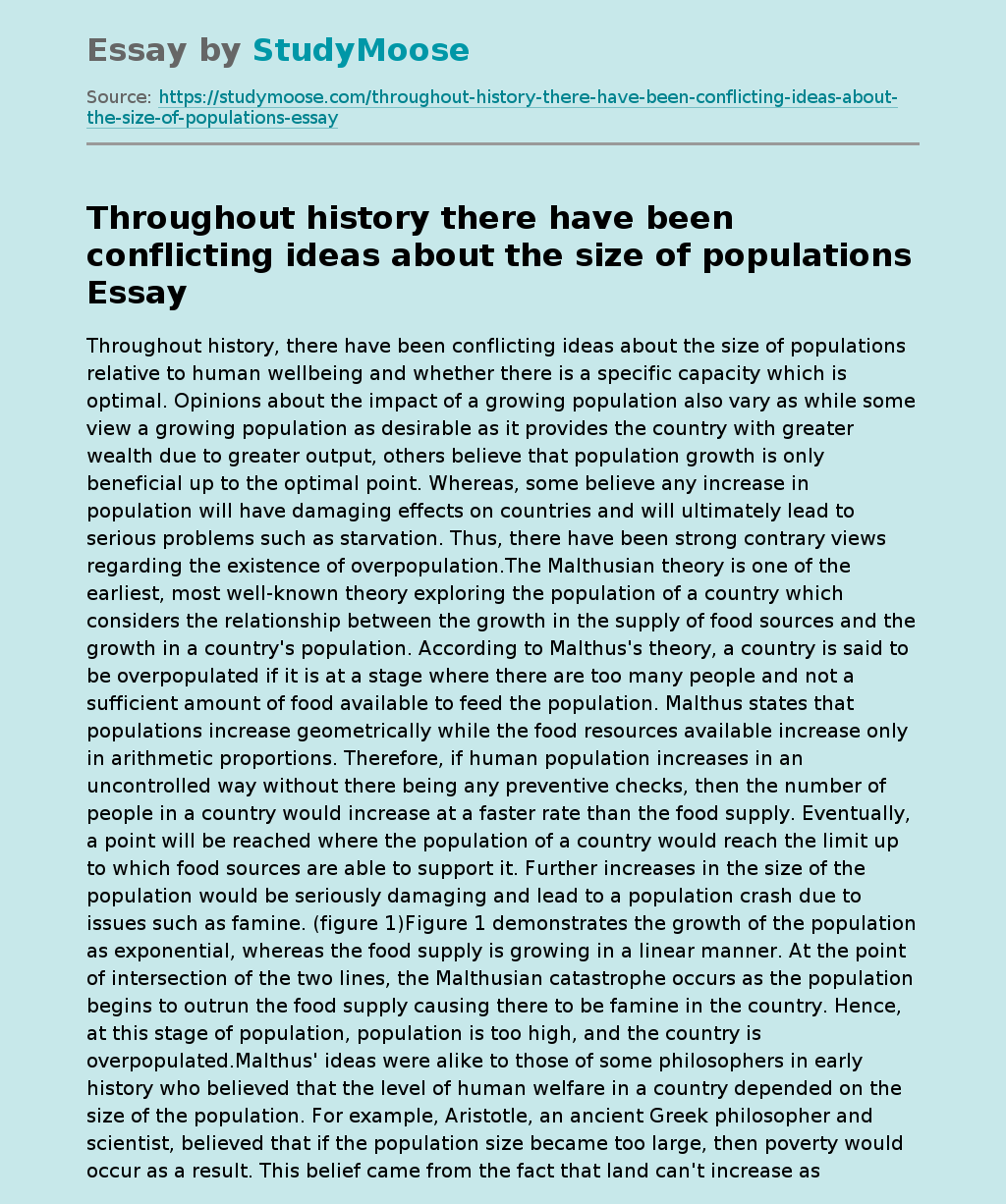