In this tutorial I will be looking at the theories of social change. There is no one way of looking at the effects of sociological change so I will be looking and explaining at two theories, namely the conflict theory by Karl Marx and Darendhoff and the second theory called the socio-psychological theory by theorists McClelland, Hagen and Weber. “Social change is the significant alteration of social structure and cultural patterns through time (Harper, 1993:04)”.

The conflict theory looks at the economic change of a country.

Don't use plagiarized sources.
Get Your Custom Essay on Theories of Social Change: Conflict Theory and Socio-Psychological Theory Just from $13,9/Page

Popenoe (1995:503) states that political structures and economies of former developing structures were once former colonies and these colonies were controlled by foreign powers. Global economics and political dependency is now what they find themselves locked into (Popenoe 1995:503). Now that they are locked into these dependencies they are in a new world order known as the world system. When these developing nations where colonies they had more self –determination than they have now (Popenoe 1995:503). According to conflict theorists (Popenoe 1995:503) nations that are advanced such as the United States of America, since they attempt control of Third World countries they prevent economic development from occurring because they seek economic and political control that they are in control of indirectly (Popenoe 1995:503).

Conflict theorists argue that by Western capitalist countries obtaining raw material from Third World countries they were helping themselves in growing their own economy rather than industrialising the Third World countries (Popenoe 1995:503). According to conflict theorists capitalists nations have shifted their aims into trying to help grow these countries but rather to make sure that these countries are dependent on them economically and financially (Popenoe 1995:503).

Socio- Psychological theorists on the other hand came up with a theory that in order for the things around society to change people should be the ones that change or that there should be psychological factors that change in a person before any change happens around (Vago 1988: 51). After the spread of the Protestant ethics after the sixteenth century in Western Europe,Marx Weber argues specific psychological effects were the motive modern industrial capitalism development (Vago 1988: 51). Theorist Marx Weber states that people who are capitalists are overwhelmed by the thought of making money for themselves and for them to be able to have whatever they want at any given time to them is grand (Vago 1988: 51). Domination by capitalist spirit from people is due to the fact that they do not have any know of traditions any their main objective is to get more for themselves (Vago 1988: 51). Marx Weber sees Western civilization to being a link to the Peasants ethic because the “god Calvanism demanded to his believers not single goods but a life of good works combined into a unified system” (Vago 1988: 51). 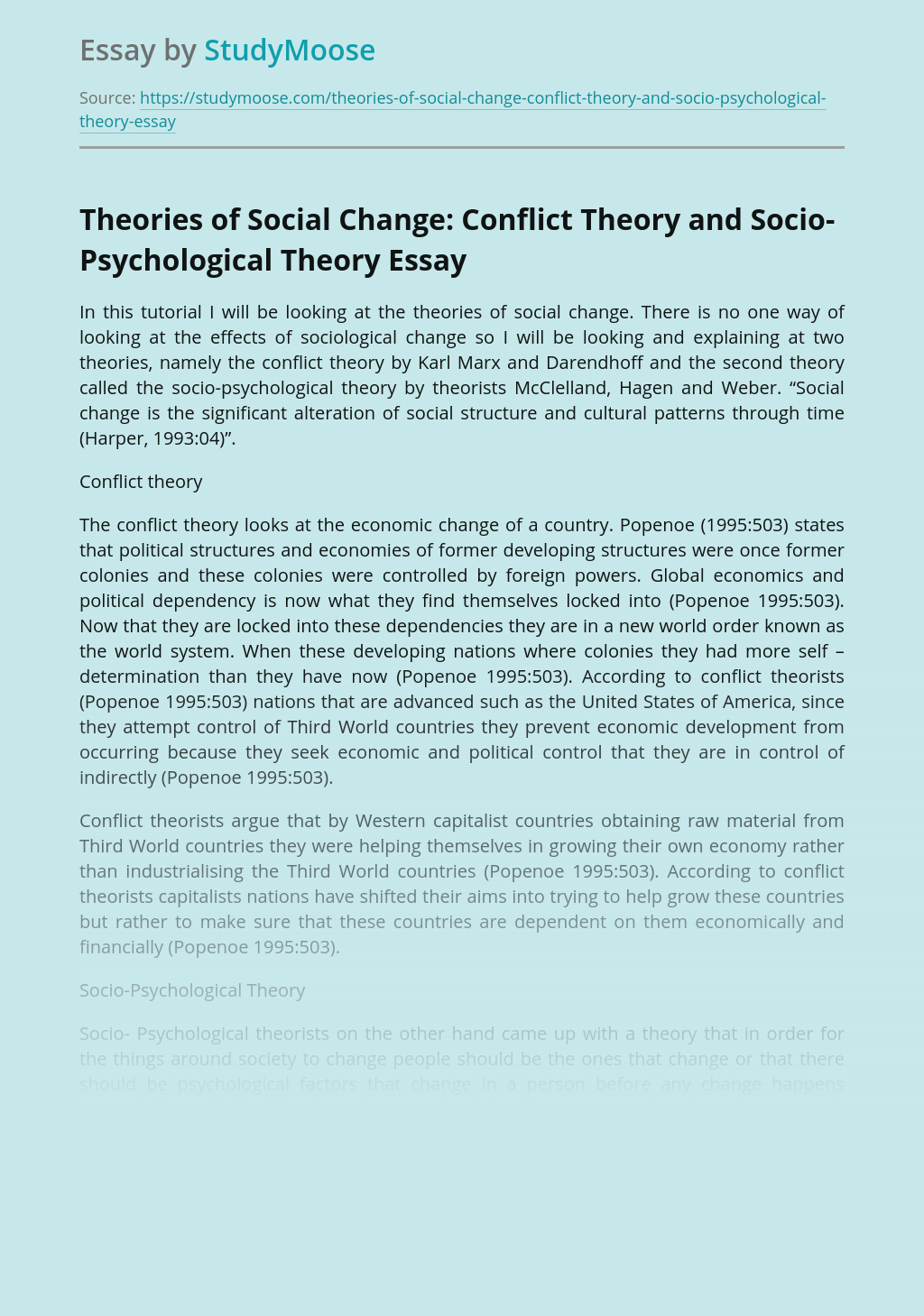 Capital budgeting decisions made too early

Hughes Corporation employs a machine to manufacture its output. It has identified a replacement but wishes to carefully consider the effect on various aspects of the business if it continues to use the existing machine compared with the effect if it replaces it with the new machine. The importance of Capital Budgeting cannot be underemphasized...

Get Essay
Basic assumptions of Economics

Economists have generally looked for some’ fundamental assumption” about human behavior from which most of the principles of economics can be ultimately deduced. Every decision-maker in an economic system-whether he is a consumer or producer, whether it is a house hold or a firm- is assumed to have in a rational manner and go in...

There is not one single definition for a mixed economy, but the definitions always involve a degree of private economic freedom mixed with a degree of government regulation of markets. A mixed economy is an economic system in which both the private enterprise and a degree of state monopoly (usually in public services, defence, infrastructure,...

According to the dictionary of Cambridge “materialism” is the belief that having money and possessions is the most important thing in life. In today’s world this notion has a strong place among people-especially in the culture of youth- regardless their social classes.The economic system of our age relies on the customers and consumption therefore the...