It is one’s own job to decide their behavior. Even though, people are surrounded by friends who give negative effects, they should decide whether to follow them or to go to the right path.

Don't use plagiarized sources. Get your custom essay on
“ The Portrait of Dorian Gray – Literature intensive ”
Get custom paper
NEW! smart matching with writer

Or perhaps it would be more accurate to say that he never sought to free himself from it.” Therefore, Dorian gray is responsible for ruining his own life by choosing to follow bad examples.

For those who ruined other’s lives, their influence is just a personality to them.

In “The portrait of Dorian Gray”, being cynical and having an immoral view of life is just a personality and way of speech to Lord Henry. Lord Henry had no fault but showing his personality to Dorian Gray. As Dorian said, “Each of us has heaven and hell in him” everyone has a bad and good side and it is not crime to show the bad part to others. It was the influenced people who chose to follow that personality. Therefore, Lord Henry and Dorian Gray aren’t responsible for ruining other’s life.

One should have the discernment to judge right or wrong when they accept ideas or get influences from others. It is very venerable for especially teenagers to get affected and ruin their lives. Therefore, people should develop a upright belief form a young age nad try to follow what is right than what one wants to do. 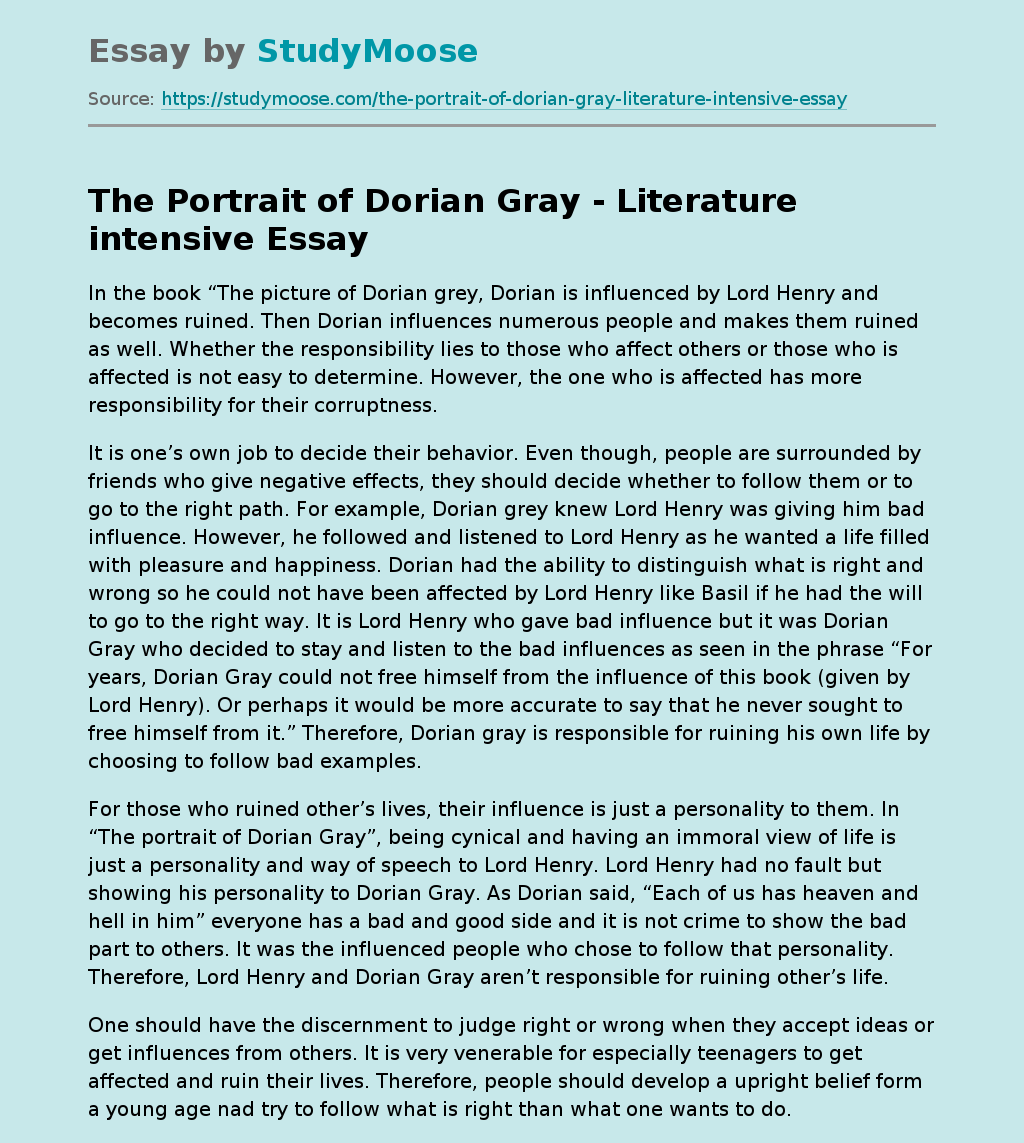