Sign language has always been troubling to legislators, but has finally become recognised as a language by the governments of many countries. While many people believe that sign language is universal, each language or country has its own version. Here we address some of the most popular forms of sign language and signing systems.

British Sign Language, or BSL, is the most prevalent language among the British deaf community. It uses shaping of the hands, facial expressions, body language and movement to communicate.

Don't use plagiarized sources. Get your custom essay on
“ The Many Types Of Sign Language ”
Get custom paper
NEW! smart matching with writer

It is a complete language which includes its own grammar. BSL was recognised by the British government in 2003 as a language, and used to communicate anything in the English language. Though some signs are universal, each language (including American English) has its own form of sign language.

Finger Spelling is a signing system generally used alongside sign language. It is used to spell out names, places, and anything else there is not a sign for.

Many times new words take longer to spell out into BSL so must be spelled before a sign is adopted.

Paget Gorman Signed Speech is also a signing system used with speech to help those with language difficulties. There are 37 basic signs which when combined can make over 4000 more complex ones.

Signed English, or SE, is a signing system as well. It has one sign to represent each word in the English language, but is not a language like BSL. It is intended to be used to help with reading and writing, and has important signs to teach grammar.

Sign Supported English, or SSE, is many times the preferred signing system for hearing people to communicate with the deaf. It uses the same signs as BSL, but unlike SE, you do not have to sign every word. It also doesn’t have its own grammar system like BSL, so hearing people do not have to worry about learning a whole new grammatical structure. This can be picked up fairly quickly to expedite communication.

Pidgin Signed English, or PSE, is a very crude signing system. It combines elements of BSL and spoken English to allow communication between hearing people and deaf who only know the strict confines of sign language. It is not recommended but can be used when needed. 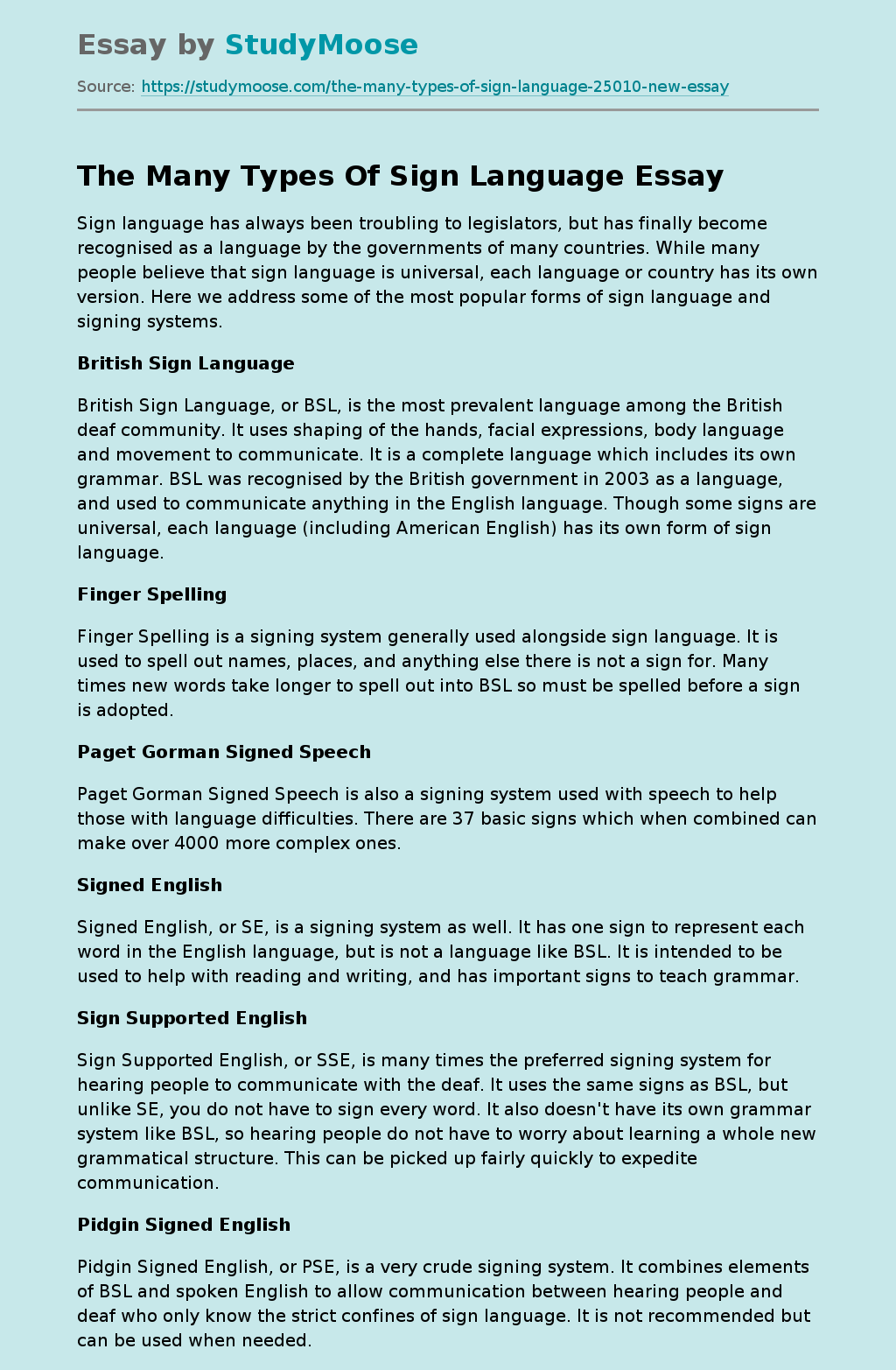