The Lord of the Rings Summary

A peaceful hobbit, who is content with living in a distant corner of Middle-Earth, is given a challenge: he must obliterate the Ring of Power to prevent the forces of evil from getting a hold of it. It’s Frodo’s task in J.R.R Tolkien’s famous novel The Lord of the Rings. When he inherits the Ring, he suddenly has the fate of the world in his hand. The Ring has been forged by the Dark Lord Sauron and contains terrible powers.

Don't use plagiarized sources. Get your custom essay on
“ The Lord of the Rings Summary ”
Get custom paper
NEW! smart matching with writer

Frodo is lead by the wise wizard Gandalf on a dangerous journey towards the land of Mordor to unmake the ring.

The hobbits are small, but courageous creatures, and Frodo is accompanied by his three friends on the journey over impassable mountains, roaring rivers and mystical worlds, and they are constantly pursued by Sauron’s Black Riders.

After four years’ work, Tolkien’s fabulous fairy world can finally be experienced in the cinemas. Tolkien’s trilogy has been vitalized by the film director Peter Jackson, who has reconstructed incredible adventure world of the three books, and it’s his homeland, New Zealand’s sceneries, which provides the background for the story.

It has been worked meticulously with scenes and costumes, and one has retained a great part of Tolkien’s dialogue.

The shooting to all the three parts is completed, and they will be shown in the cinemas in December 2001, 2002 and 2003. It is said, that it has cost about 300 million dollars to realize the project.

The Lord of the Rings Summary. (2016, Jul 09). Retrieved from https://studymoose.com/the-lord-of-the-rings-short-summary-essay 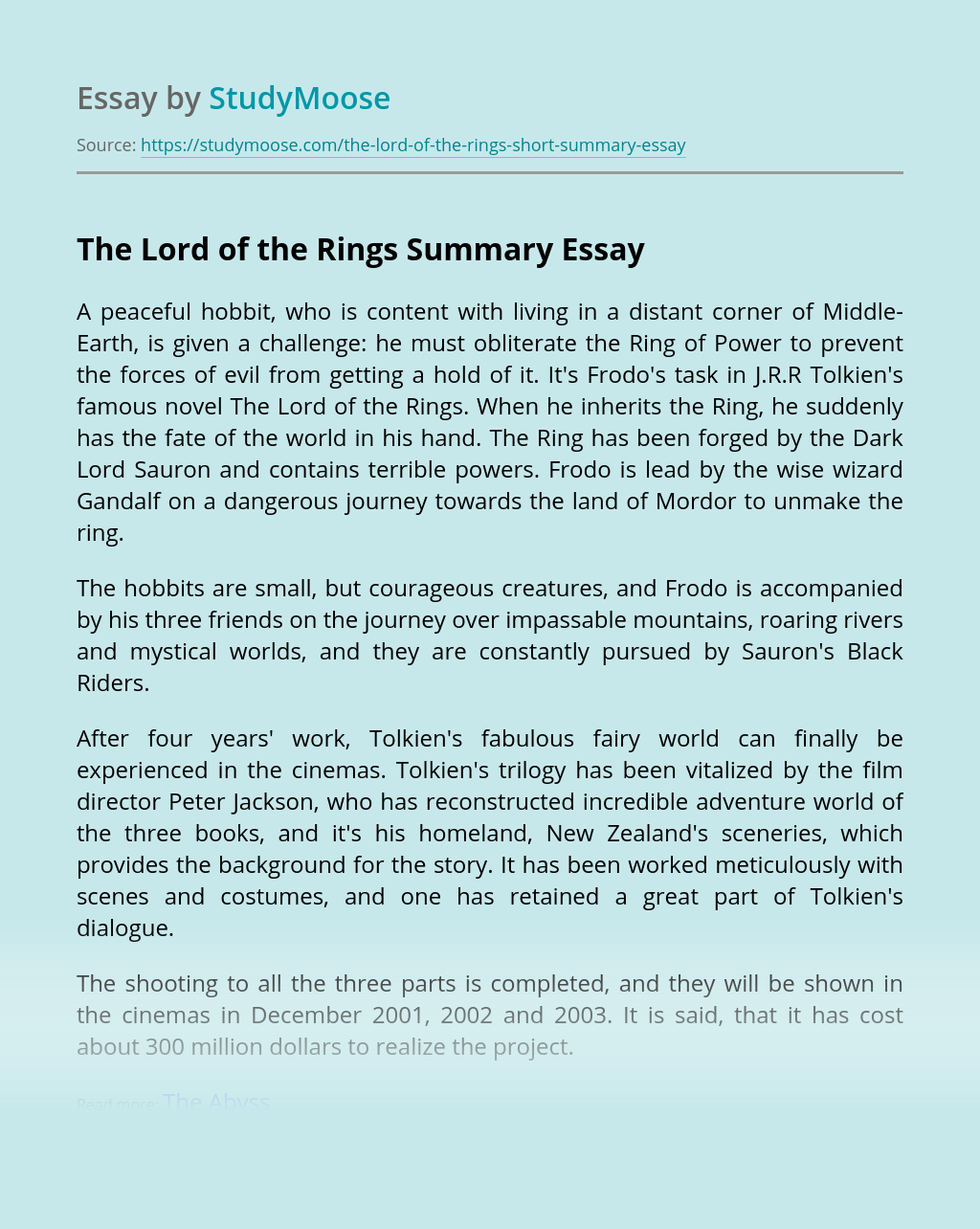