The Life and Works of Charles Dickens

A paper which discusses the life and novels of English author, Charles Dickens.

The Life and Works of Charles Dickens Charles Dickens was a very well known and loved author for his time. Though his stories contained complex language and include many adult points and key ideas. Most of his works assume the view of a young person growing up. His novels contain many key insights which can only be fully appreciated by those who have already grown up, or those who are in the process of growth.

Don't use plagiarized sources. Get your custom essay on
“ The Life and Works of Charles Dickens ”
Get custom paper
NEW! smart matching with writer

“In his enormous body of works, Dickens combined masterly storytelling, humor, pathos, and irony with sharp social criticism and an acute observation of people and places, both real and imagined” (Sundell). Most of Dickens’ works have the main character as a young boy facing the hardships of growing up in a poor family or having the life of a pauper in a big city. In these tales, though at times fictional, Dickens seems to portray his life as a child through his books.

The time period about which Dickens’ books were written is the mid nineteenth century. They were written as if through the eyes of a child no more than twelve years old. The response that the reader may have to this situation is that of a warm and understanding feeling. The joy and bliss of the main character is rarely showed; the main attitude is the overwhelming complexity of situations that a boy of that age must face. The reader’s reaction to this may be to feel depressed because Dickens’ has not showed more blissful times in the lives of his main characters.

The Life and Works of Charles Dickens. (2020, Jun 02). Retrieved from https://studymoose.com/the-life-and-works-of-charles-dickens-new-essay 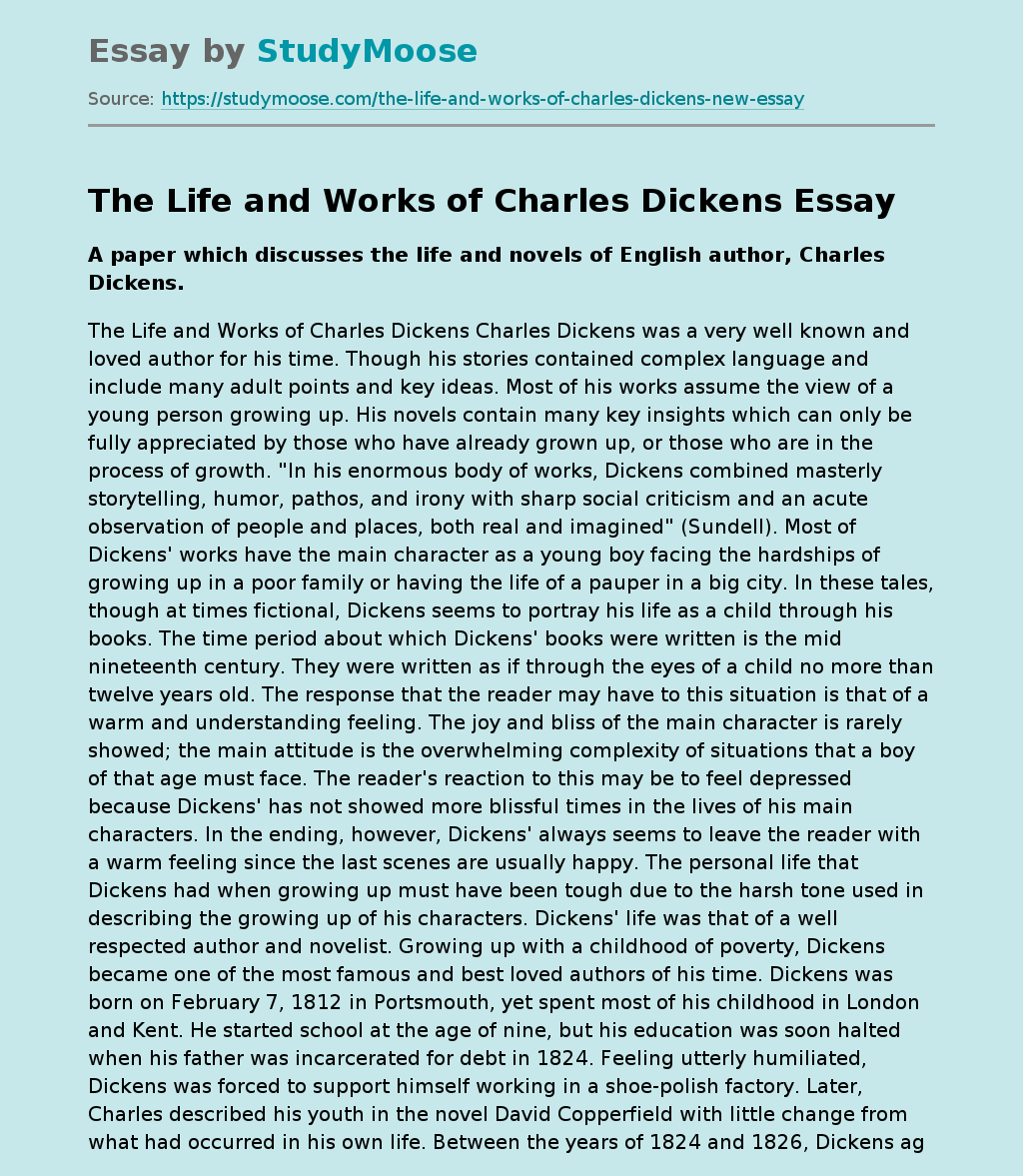