The Lehman Brothers culture was one of reward and greed. Their reward culture actually encouraged unethical behavior. The bigger the risk, the bigger the reward. No one seemed to want to take responsibility or be accountable for the unethical behaviors of their employees. “Lehman repeatedly exceeded its own internal risk limits and controls, and a wide range of bad calls by its management led to the bank’s failure.” (Robbins 147) There were no control measures or the control measures that were in place were lacking.

Don't use plagiarized sources. Get your custom essay on
“ The Lehman Brothers Company ”
Get custom paper
NEW! smart matching with writer

The structure was apparently very informal and errors in checks and balances were ignored.

How did this culture contribute to the company’s downfall? Finally, someone spoke up, someone voiced their concern about the issues with the company. The company found themselves in a hole so deep they could not climb out of and filed for bankruptcy, this brought light to the misrepresentation of the finances and inappropriate accounting practices.

The company ignored warnings from the very employee put in place to ensure the validity of controls. They ignored their moral compass and continued practice unethical behaviors that contributed to the company’s downfall.

#3 – What role did Lehman’s executive play in the company’s collapse?

Were they being responsible and ethical? Discuss

The definition of Ethics-Principles, values, and beliefs that define what is right and wrong behavior (Robbins 130). The extent of the actions of the company was the exact opposite of ethical. These people lacked were corrupted and the organizational structure of reward encouraged unethical acts. They even failed to fully acknowledge or take responsibility for their behavior and the demise of the company.

#5 – After all the public uproar over Enron and then the passage of the Sarbanes-Oxley Act to protect shareholders, why do you think we still continue to see these types of situations?

Unethical people feel they are above the law. They believe their unethical behavior is justified by the bottom line. People who speak out are not fully protected from retaliation and lose their jobs or are so ostracized they quit. Although the whistle-blower law is in place the protection is lacking. Many employees who have stepped forward and revealed wrongdoings at their companies have been fired, let go from their jobs or quit due to the stress related to the incidents.

Is it unreasonable to expect that businesses can and should act ethically?

No. Many companies promote positive working environments. The company’s responsibility is to promote and act ethically enabling employees to follow suit. Managers need to create and encourage a culture where bad news can be heard and acted on before it’s too late. Ethical training and frequent communication will ensure the company continues to promote and uphold high ethical standards. If the company focuses on ethical leadership the company will be ethical and profitable. 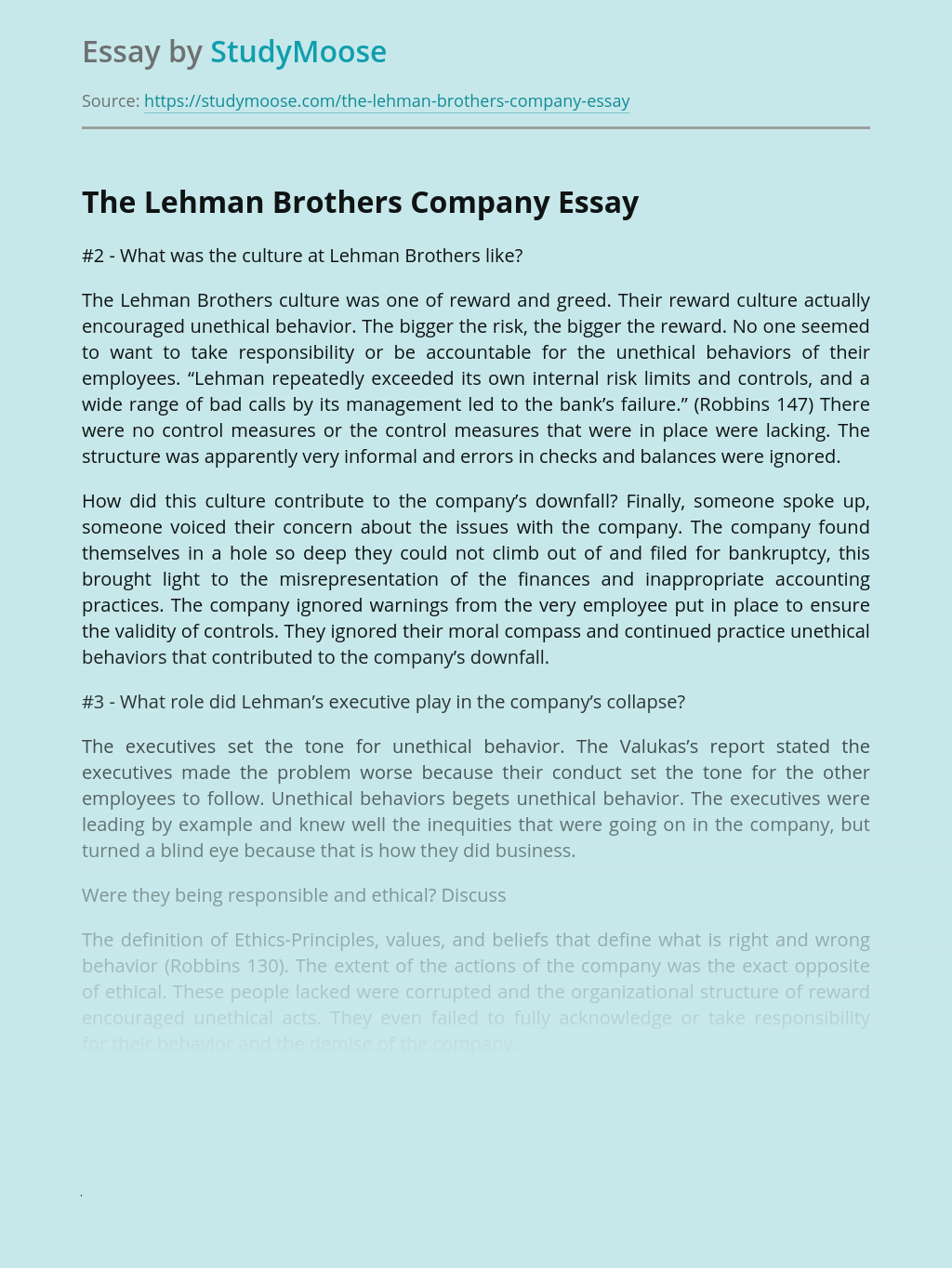